This morning when I went to use my new Frankenproduct to fix my hair, it just went splot! all over the floor.

The slightly-too-thick texture from two days ago have now degraded into something almost waterlike.

I pumped some out on the kitchen table to show you guys: Look at the splashing around the "pool" and look how completely flat it is! The texture is almost like milk! 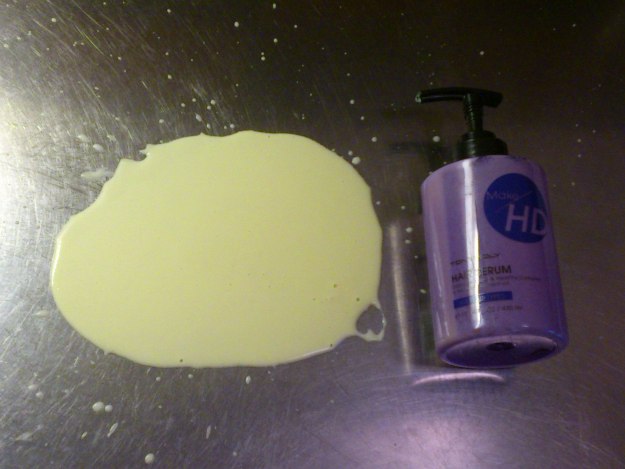 How does this happen? Was there an ingredient-wrecking enzyme in this??

It's not the first time I've seen it happen, but usually it leaves some clumpy nastiness. This is completely smooth and runny.

Damn. Yesterday I used up the last of my trusted Sunsilk leave in-conditioner. This morning, I discovered it had been the last bottle I had in stock.

This is double bad because A) The price, shine and hold is absolutely perfect and it's been my go to for ages. So I've usually been using it for my "base" and mixing in pricier, "better" stuff and/or sunblock.
And B) the "sports bottle" type bottle is perfect for squeezing out the amounts of leave in-conditioner I need.

Time to get creative! So I went digging though my drawers to see what I had in storage. 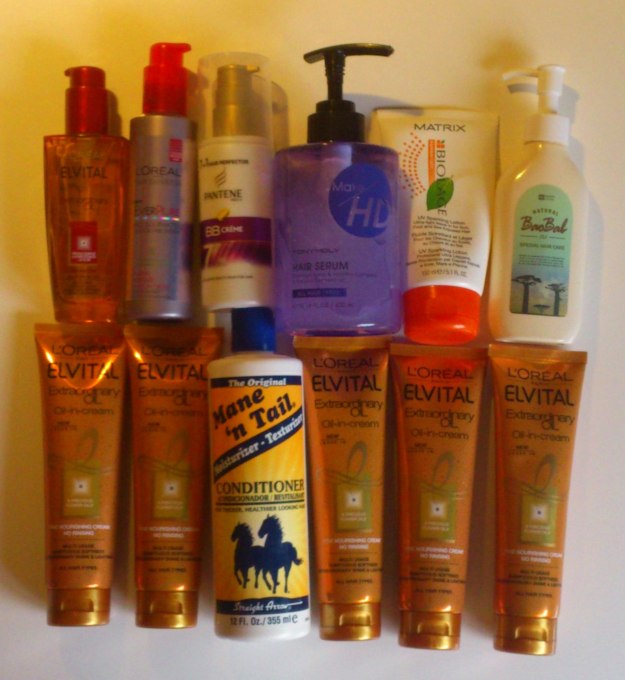 More than I expected. Whoops! 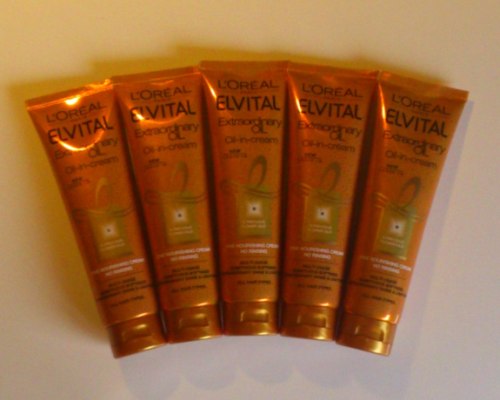 I like this one, but it offers way too much slip for my hair on its own. It needs to be mixed with something or I can't put my hair up.
I kept finding these at a good price in Denmark, so I really stocked up on them. 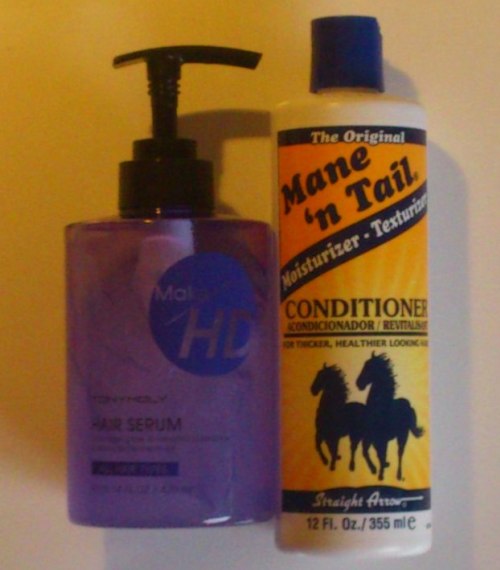 These caused the same effect in my hair: Too much grip and a funky kind of texture left in it.
The Tonymoly bottle is awesome though: It dispenses a good amount of product, so I already knew it would be the basis for my Frankenproduct. 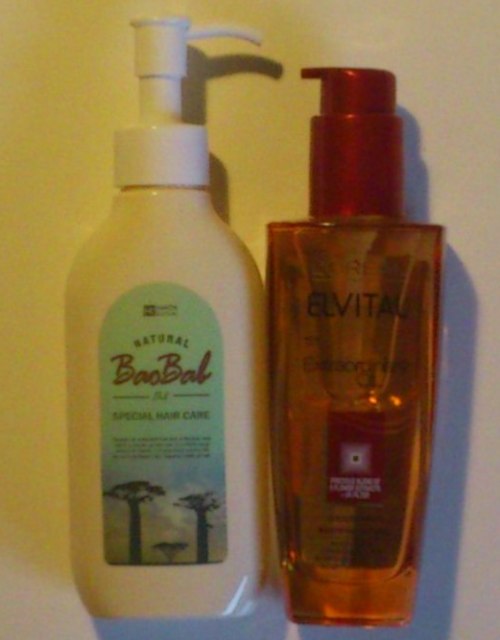 It leaves behind an amazing shine, but makes my hair intensely slippery and unmanageable. It has a super thick, almost glue-ish texture.


It leaves behind an amazing shine, but makes my hair intensely slippery and unmanageable. It has a super runny, almost watery texture. 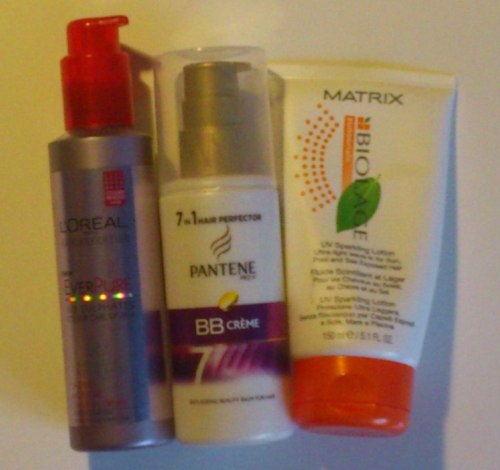 I have a vague memory of not liking the ingredient list, but I'm not sure why I stuck it in the back of the drawer.


I haven't even gotten around to try this one yet!


This is actually a pretty good leave in-conditioner that offers nice hold and shine. But it contains absolutely no UV-protection, so it kind of pissed me off. False advertising, anyone?! 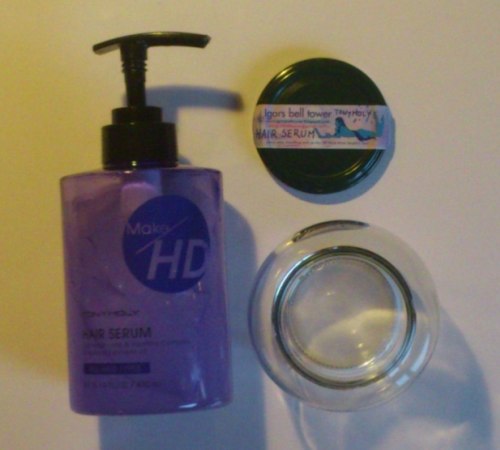 First step first: Finding a suitable container for the almost-full Tonymoly serum.
Second step: Put a label on it or expect to forget what I put in the jar anyways, lol. 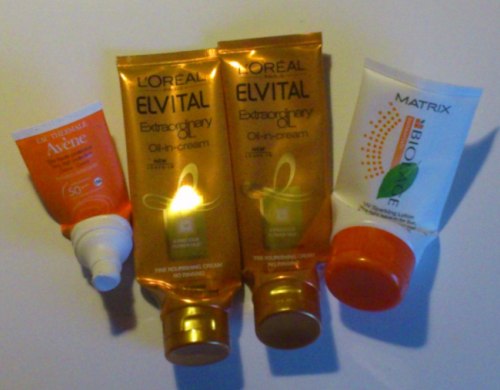 The empties: I found some leftover Avéne SPF 50 with physical sunblock that I put in the mix, emptied two L'Oreal Elvital extraordinary oil oil-in-creams, the leftover Matrix biolage UV sparkling lotion and a few pumps of Haken natural baobab oil for shine. 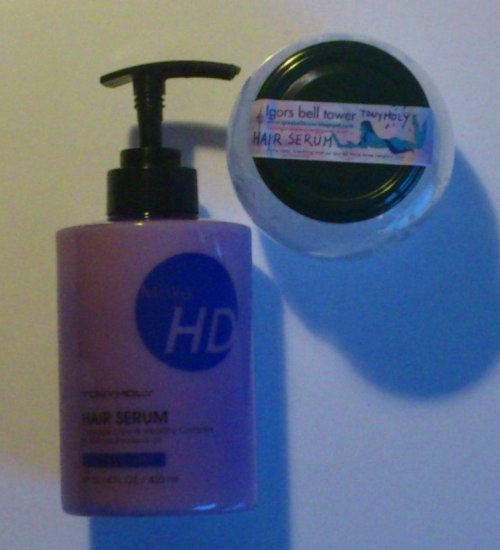 It got a bit thicker than I expected, but overall it had the right mixture of shine and hold. And I managed to clear out some bottles for space. Score!
Posted by Lady Igor at Thursday, January 14, 2016 1 comment:

What do you get when you leave your hair in double Dutch braids for three days because you're too lazy to fix it up again?

I've always considered new years resolutions to be really stupid.
They're the real life version of "liking" fuck cancer on Facebook and not donating your time or money to help those affected by it.
All talk and good intentions, no action.
And people usually forget about them about a week later.
If your resolution was something you actually wanted to change, you would have changed already and then it wouldn't be necessary to make a big fuss about it all ceremoniously, right?

Anyways. Since I've already done something about it, and it really is something I do want to change...
My new years resolution is that I want to lose weight.

I have a skinny build with small bones. I'm not supposed to carry a lot of weight. (Compare my wrists to Hubby's and they're about half the size of his!)
And since I met Hubby, I have gained something like 15 kg (33 pounds)

Around the time I met Hubby I was around 53-54 kg.
It wasn't the skinniest I've been as an adult though, that was some months before where I had dipped under 52 kg.

It wasn't pretty on me. Under 55 kg and I have all these bones poking out in places.

55-57 is my preferred weight and what I have weighed most of my adult life.

My highest ever was 68, which I hit some months ago. It was a real eyeopener. I suddenly hated my body. And I hated how I had let myself go like that. But I guess you are less likely to notice those things when you're all happy and loved-up?
And I decided it was time to do something about it. So I have.

I dont have any body check pictures, but let me show what I mean with some old braid pictures. 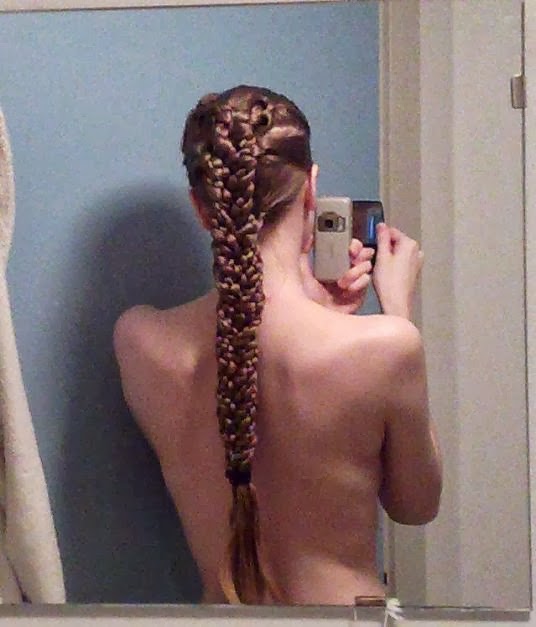 52 kg maybe? Right before I met hubby.
Too bony. You can see the bony outline of my shoulder blades. 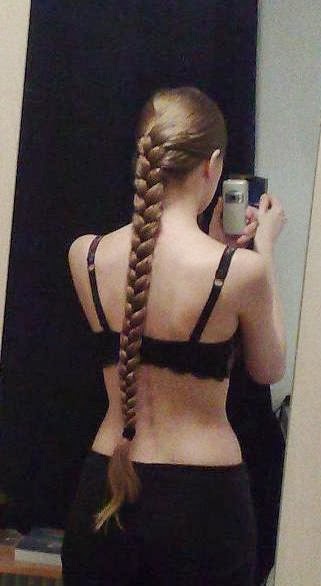 57 kg maybe?
I have some padding, but still have a waist and defined hips. You can see the shoulder blade bones, but not defined.

67 kg maybe?
No definition around shoulders. No waist curve. Love handles.
Also, I'm fairly sure I'm sucking it all in here.

Also, I find it telling how I'm more or less undressed in the first two: Usually when I do my hair, I'm more or less naked. That way I don't risk spilling leave in-conditioner on my clothes. After fixing my hair if I needed to take a picture, I usually did it before bothering to fully dress. Now I make damn sure I have clothes on. That should have been a warning sign for me, really.

So. What am I going to do about it?

I can't change a lot about my work. It consists of sitting on my ass in front of a computer or sitting on my ass in a meeting (Where there is usually ample supply of caffeine and sugary treats)
I don't really enjoy exercising. Not at a gym anyways. I tried.
Yoga is awesome, but getting to a yoga place requires more time spent on transportation than what really works for me at this point. I need something easily more accessible. If it requires too much transportation first and it's something I don't "have to" do, I'm very likely to skip it.
I enjoy mountainbiking, but again, getting to a good trail takes a lot more time than I'd like.

If exercise takes too much time or effort before you have even begun, I just dont get it done.

So that pretty much leaves dieting.
Of course this is where the problem was originally. Hubby and I have gotten into a really bad habit of "deserving" treats. Really, the relationship-gut problem.

We really need to stop that. And since hubby is staying at home, we have no excuse for not eating healthy, homemade food.

So there you have it: My new years resolution. To eat better so I can get the body I used  to have back.
Posted by Lady Igor at Sunday, January 10, 2016 6 comments: