I've been really busy lately, so it's been a while since last I did a good deep conditioning. I decided to do a cassia treatment with one of the nice Korean conditioners from my latest haul.

Mr. Igor of course decided it was the perfect time to sneak up on me and annoy me since I was pretty defenseless (Unless I wanted the entire bathroom to be smeared in cassia mud!) 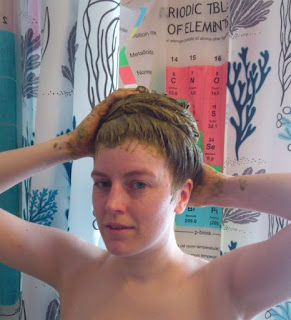 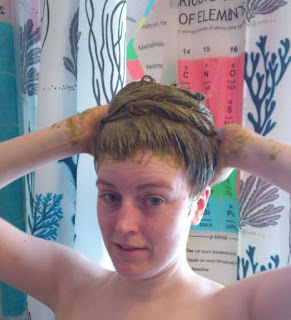 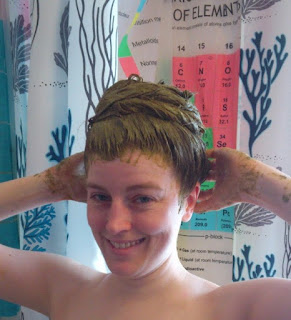 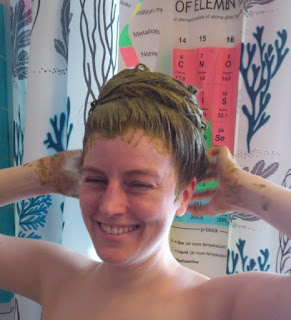 I did get him to take a picture of the structure of my enormous, muddy mess of a bun though... 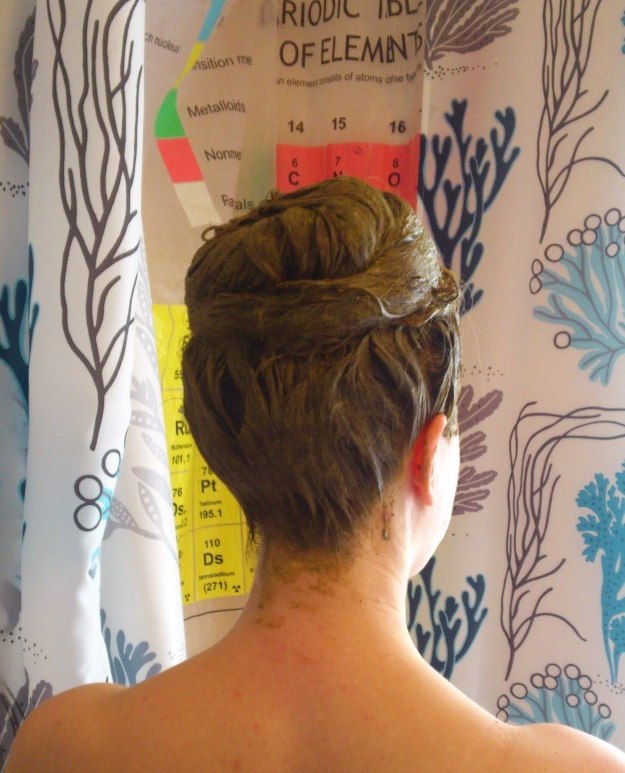 Mildly weird things that happened to me: Hair edition

So, a while back I went to my massage therapist and she mentioned how a new customer had come in because I had recommended her. She was pretty pleased with having a new regular, and I thought it was pretty cool someone took my recommendation. But I was a little confused as to exactly who in my social circle it had been. My massage therapist said the new customer was called Maria, and based on the description I figured it was doctor-friend-Maria. I know a lot of Marias for some reason.
But when I asked doctor-friend-Maria, she just looked confused. That left me with the theory that maybe it was one of my blog-readers, and a local one too. Which I thought was incredibly cool!

But the lesser-cool truth was revealed when I went last time: I'm not the only Ida that goes to that particular massage therapist.

One day at work, I started getting a pain in one of my toes. After a few hours, it had gotten quite irritating. When I went to investigate, I found what looked like a small blister. Of course this left me super confused, since my shoes and socks that day were well worn, and some of my favourites for comforts too. I got a small scissor to cut it open and drain the fluid out, but instead of the clear blister-fluid, out came...
One of Hubby's beard-hairs and a small drop of pus!
What the...?
I've heard and read about hairs getting in under the skin like this, but never seen it in person, so it was quite fascinating to me. My coworkers commented that they would have expected me to have encountered this before, but my own hairs never seem to get into that kind of trouble. They seem to prefer to gather peacefully in quiet corners, and when disturbed, they like to form toe-stranglers instead. Weird.

Mr. Igor wants the record to state that my shed hairs are like the snake and the muscular manly-man is him of course:

I of course say it was like being attacked by a porcupine, but I couldn't find any non-horrifying reaction pictures for that, so here's a crow being rescued from a few quills:


Last week I had a dream that I was delivering some papers to a famous hairtoy designer. Funnily, she looked almost exactly like real life costume-designer-friend. Anyways, she was really rude to me obviously didn't want to talk to me at all, which left me pretty upset in my dream. When I came home from that, I had gotten an anonymous email (Uh?) that linked me to a secret site where people could post trade reviews for other people. In my dream I realized it had been the reason the hairtoy designer had been rude to me, because somehow she had looked me up before I showed up (Weird dream logic is weird). I felt so unfairly treated that the site only had bad reviews for me, since I've been in the longhair circuit for... 15 years? 16 years? Holy crap, has it been this long?? I must have made at least 50 trades over the years by now, and the mail just sometimes doesn't deliver, or even flat out trash your package.
I felt so unfairly treated by that weird, anonymous site that I woke up angry and confused from it. So weird!