Long hair on men in fashion?


Well, I suppose when I write “long” I mean about shoulder length which is usually considered long to everyone else but is rather short if you’re in the longhair circuit.
It seems I’m seeing more and more longhaired men wearing their hair in a knot.

I absolutely approve of this trend!

The dominant style seems to be slightly choppy/layered shoulder length hair in a ponytail pulled half through and halfway bunned so the result is slightly messy and more like a knot. Without a handful of glossy gel, it leans more to a warrior knot than that slicked 80es drug dealer-look.

It really reminds me of some ancient warrior’s hair: Rugged and hard to tame so it’s swept back in the sturdiest style they have at hand. The dark haired versions I’ve seen so far has a definite look of samurai top knot to them. The lighter versions reminds me more of a half made Suebian knot. But since it’s kept relatively short (Haven’t yet spotted any guy wearing a knot that would have longer than top of shoulder blade-length hair) and low in the back of the head it doesn’t cross over in Sikh-territory.


Hah, I’m not the only one who realised it’s a trend: Link, link and link.


I see there is some controversy on calling it “buns”. I suggest “knot” instead of bun. At least on what I have seen being popular around me; it really isn’t a fully formed bun.

Never dated one though. I had my eyes on one once: Tall, intelligent, interesting and funny IT engineer student with mid back length blonde hair. But at the time I was in another relationship. When we broke up, the long haired guy had just cut his hair! It was the only time I ever found myself being disappointed or annoyed that someone had cut their hair.
Since I at that time was at a university in that produced various forms of engineers, I was surrounded by tall, intelligent, interesting and funny engineering students with blonde hair. The long haired guy stood out. Then he cut it. Meh, it’s not my place to judge people for what they do to their hair, but I was still disappointed that day.
Of course it wasn’t the hair I was interested in, but shortly after I found myself in a relationship with a different tall, intelligent, interesting and funny IT engineer who was going bald but still had short blonde hair.

I have injured my right shoulder somehow. It’s very mysterious! I woke up to being unable to lift my right arm upwards and back and unable to rotate my hand inwards while stretching out (Aka the pouring motion I did with my milk for my cereal)
Of course my question is: How the hell did I manage to do that in my sleep??

Since I’m dominantly right-handed this means no gym and no deep conditioning for me today, yikes!

Window-shopping to cheer myself up?

Pretty Anntoinet’s has two new loc covers that I find myself eyeing. The olive would be a horrible choice for my colouring, but the solid black one…? Hmm. 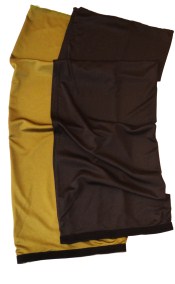 New beanies too in burgundy and grey. I do wear a lot of grey so maybe I should treat myself to one of those too? 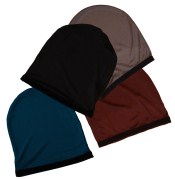 Maybe a few headbands to go with that? 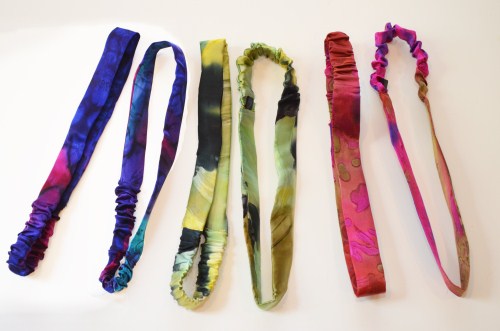 I tried to help with a Flexi 8 sizing question on Facebook and found myself thinking about getting a few extra large ones to hold my Figure 8 buns. My megaflexies are really too big to hold the bun as stabile as I would like.
Of course my problem with the Flexies is (Other than the fact that they have been really rude to me) that it’s hard to judge the quality of the beads online. For instance, when looking at the XL page they have two clips right next to each other that I have previously owned or currently owned: The Native inspired filigree with jade heart beadwork.

and the Lovely circle stone-set in emerald green with matching bead.

Online they look about the same but in real life there is a huge difference. The second one looks completely cheap and almost childlike with plastic beads where the first one has stones that look like real, actual gemstones and not just plastic.
The prettiest Flexi I’ve ever encountered is the Intricate soaring butterfly with purple-iris metallic beads but that one really doesn’t look impressive online either. In real life it has a metallic kind of sheen on the beads that looks really stunning.

Its fun to window shop… However think my next hairtool purchase will be at Quattro.
I never got a hair fork to work for me before, but I have the feeling that the skinny, yet strong Ron Quattro forks might do the trick for me. Ordinary forks are too thick and don’t offer the flexibility I need to force two “sticks” through my buns while remaining parallel.
Besides, I really need more Hubby Safe ™ hair tools! When I say Hubby Safe ™ I mean something my moronic hubby won’t poke himself in the face or eyes on. He has the memory of a moth when it comes to remembering I have sharp objects in my hair. I’d like to take a short break from the usual hair-chatter and talk about something that has been on my mind for a long time.
Hubby and I have been dieting for at least a year now. We both have a real case of “relationship gut” and haven’t been able to get it to go away.
I’ve always been on the skinny side. As a child I was fit-skinny and later as a student and even later when working flabby-skinny from too much time spent stationary. I have small bones and am built to be slender like everyone else in my mothers’ side of the family.
When I met hubby I quickly packed on about . The first 5 was a good thing though since I had gotten too skinny, but the rest went to all the bad places.
I have a really narrow window where I feel happy with my body and I look harmonious: 55 to . Below my hipbones and chest bones start poking out (My lowest as an adult was less than ) above that and extra fat goes to love handles and upper thighs, nowhere else.

Anyways.
When hubby and I realised how much weight we had both gained and how unhappy it made us both, we started training and going on diets. Nothing really had an impact though. Even when I went to the gym almost religiously, my fat reserves stayed the same; I just gained some muscles and endurance. It was really discouraging!
After a year of training and on/off dieting, we still hadn’t gotten our old bodies back.

Fast forward to last week.
Hubby and I have the arrangement that he pays our bills using his net bank. Then I match the amount and put it in a wallet in cash. We were supposed to use that as a food wallet and be able to live off that for the month, but we had problems with it for a long time.
Last week we found the food wallet completely empty, not even two weeks into the month!
We naturally assumed we had accidentally dropped some money or had taken some cash out of it for something non-food and forgotten to put it back. So we started going through our paper trash for the receipts we could find and doing the math.
Even though we couldn’t find all the receipts, it spoke its own clear language:
We had been getting groceries at least once a day.
And we had been buying “extra” crap every single time!
There is was, clear as day in black and white why we weren’t losing weight: A bag of chips, cookies, an ice-cream cake, a bag of liquorish, chocolate… On every single purchase, no matter how small, we had bought some extra goodie for us. Hubby added it all up and found we had spent over a quarter of the food wallet money on candy, cakes and chips!

This was why we had used up the food wallet money and this was exactly why we weren’t losing weight!
With all the training and all the dieting we had done, we had still brought home unhealthy crap food day in day out to undo all our work.
It was such an unpleasant revelation that this was exactly why we didn’t get any results. I guess we both felt like wanting to “spoil” each other and cosy up with some goodies and it completely slipped our minds how much we were ruining with it.
Now I feel like my grandmother who always whined how she couldn’t lose any weight no matter what she did or ate, and I always mentally rolled my eyes at her and wanted to tell her that was physically, chemically and biologically impossible!

How could we both have been so blind? So much in denial of the hundreds of calories extra we ate every single day? How much money we had spent on crap?
At least the revelation was so shocking that I think it has efficiently cured us of such bad habits.

Thanks for listening! And let’s now get back to the hair-chatter…
Posted by Lady Igor at Monday, April 23, 2012 3 comments: