The story of the woman who (maybe) assumed my hair was some sort of sexual and/or religious thing.

Many years and a few jobs ago, I worked in this office that had a relaxed attitude to everything. So often my coworkers would have their friends come over for lunches or such.
For some reason I ended up chatting with a coworkers friend, who was waiting for her to finish a meeting.

She asked me about my hair, which was up in a cool bun.
She asked me the usual hair questions that you always, always get.
You know: "OMG, it must be so difficult to wash" and "How do you not smother in it at night? Tehehehee" kind of stuff.
I answered honestly. The usual answers to the same tired old questions.
"No, it´s not really that hard to wash. Does it take you longer to soap up in your shower when you gain weight?" and "I have it in a braid at night".
The usual stuff.
She then followed up by asking if I never have my hair down.

I replied that no, I almost never do. Not because of the length, but because I have almost no parting and my hair falls straight down in my face, so I need to put it up to see.
She then got a kind of funny look on her face and asked "So the only one who sees your hair down is your boyfriend?". And I replied "Huh, yea" because that was the truth.


She then made the weirdest, most exaggerated, cartoonish wink and grin at me and wandered off to find her friend.

I stood there for a few seconds before I realized what had happened: She had assumed my hair was something sexual between and my boyfriend. Or religious maybe? Both of the above?

I spent the next few seconds debating how to react. Should I follow her and explain that it wasn´t the case (Still so gross)? Would this be the lady doth protest too much-territory?

How could I even be sure it was what she meant? Was it just me over analyzing the situation?

I ended up not saying or doing anything.

It still grosses me out to this day though. 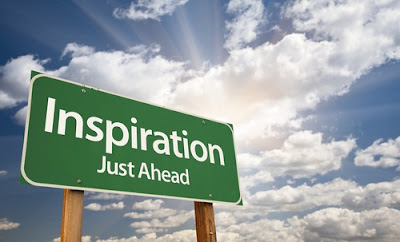 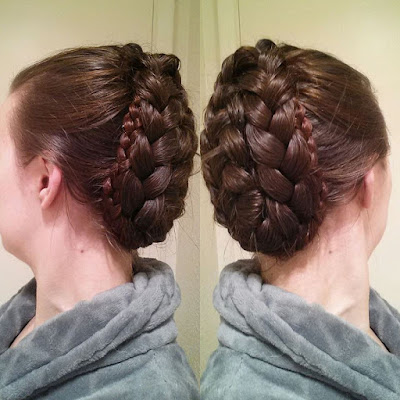 So here was the thing I wanted to try. 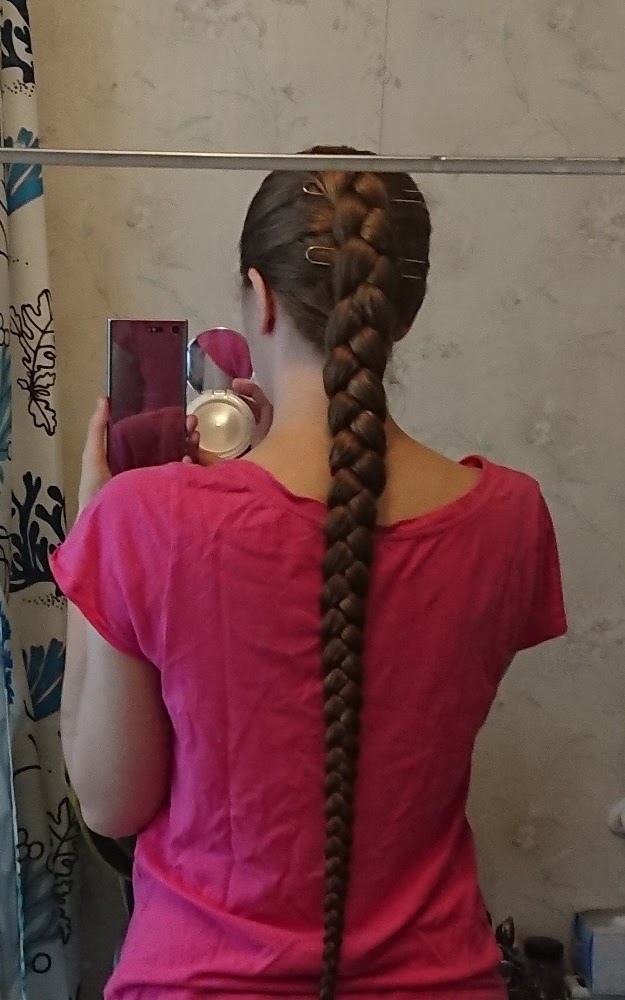 My thought was that I could achieve the oval shape by anchoring the bun behind some pins at the top and bottom of the Dutch part.
Sort of like an elongated braided cinnamon bun, I guess? 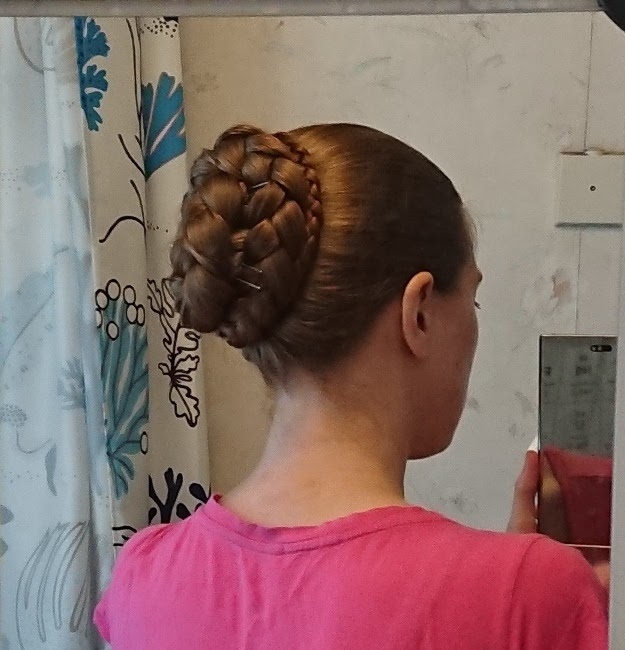 Well, it sort of worked. 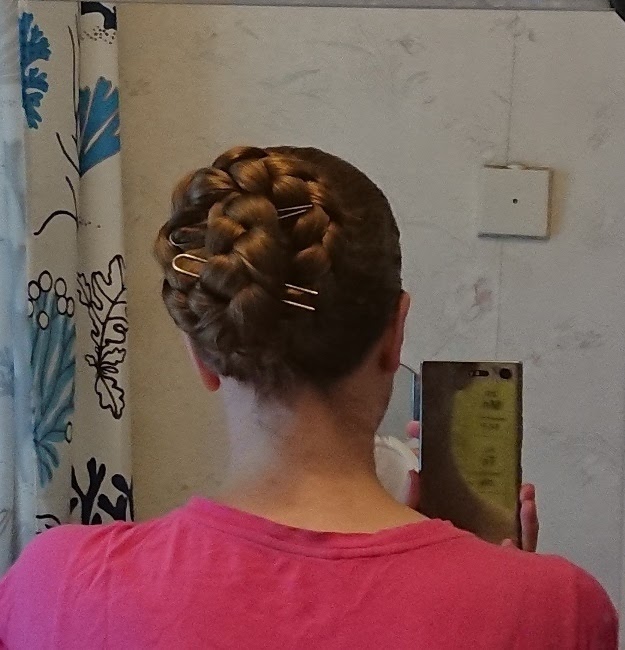 It did get a sort of oval shape, but I don't think it really showed enough to be noticeable, unless you already know? 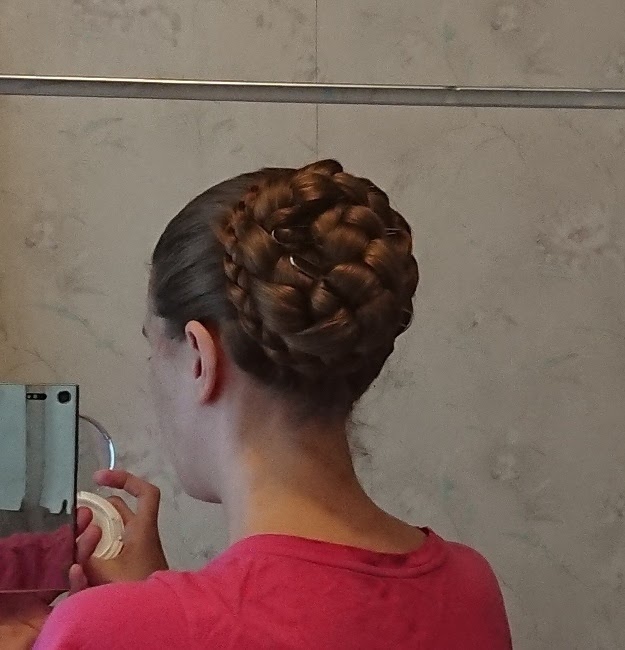 It was pretty comfortable though! 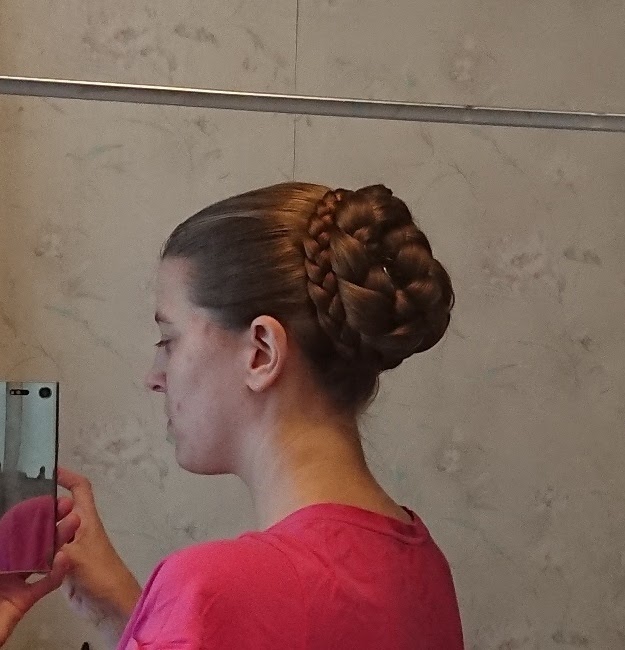 Single Dutch braid for today, for something I want to try tomorrow.