I had a couple of meetings in the same city where Frigga of the longhair circuit lives, so we met up again.
Frigga doesn't want to put her face out on the internet, so you will have to settle for some non-hair pictures from the meeting. 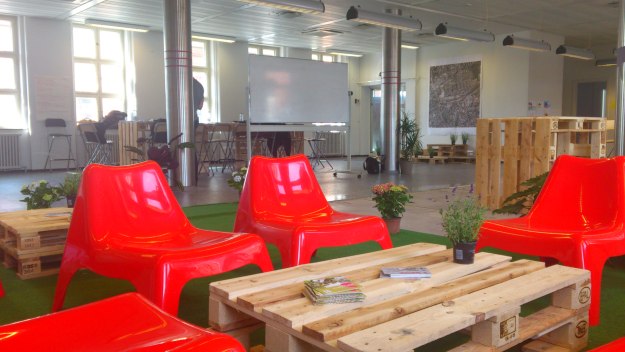 I took a picture of a room I had a meeting in. It was the weirdest thing ever with upcycled stuff, weird design pieces, plants and general tackiness.
You could have called it modern art and I would have nodded and believed it, lol.

Frigga and I went shopping first and she showed me where I could get some leave in conditioners. Awesome!

The city has a Glitter, so we had to go there too. They have the best little elastics ever!
All other ones I've ever bought have seemed to break once they get in contact with oil, but these can take it. They keep their shape better than other kinds too.

Glitter also produces some really nice style guides for things to do with your hair.
Where most other hair tutorials go "Blow dry, flat iron, hair spray, backcomb for volume, then put hair up in a bun and hair spray some more", these go "Use this simple bun tool to make a bun!" 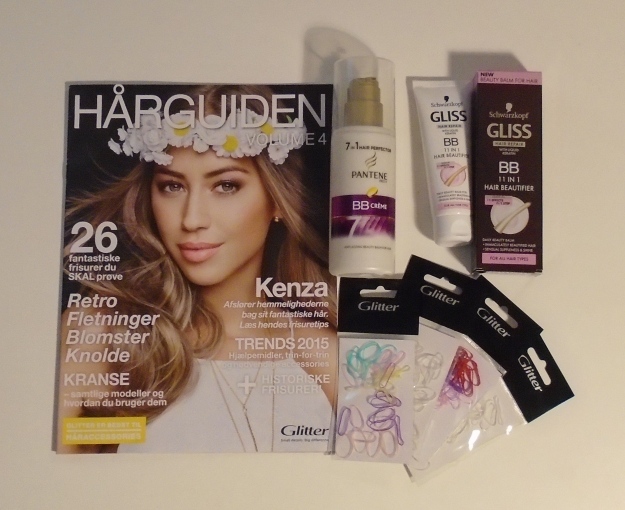 Then we went to Joci sushi like last time. Running sushi, yum!

I really enjoy hearing about how people with different hair types than mine treat their hair.
It's quite fascinating to hear how they think and act to get the best out of their hairtypes.
However I think I must be pretty boring in that manner: "Oh, care? Uh. Benign neglect? CO washes and putting it up? I use a lot of leave in conditioner though."

Frigga had also knitted me a beanie!
So cool! 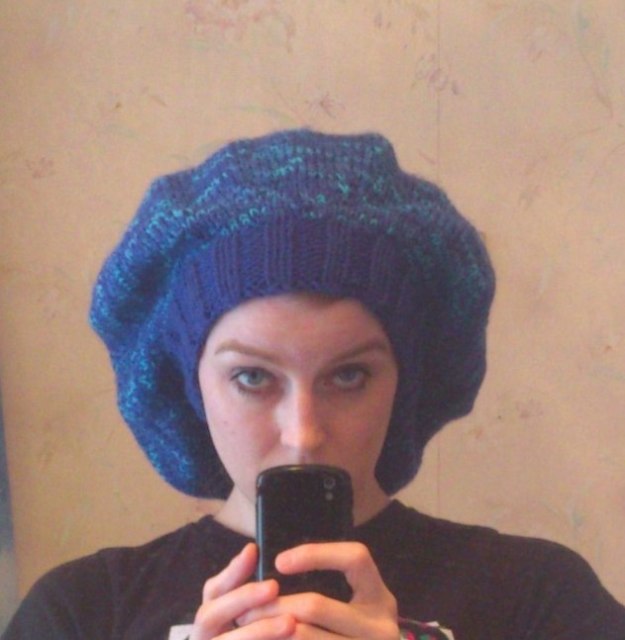 She really weren't kidding when she said there would be room for my hair sticks in this one, hehe.
I will be appreciating this one like crazy when the winter comes.
Pretty colour too! 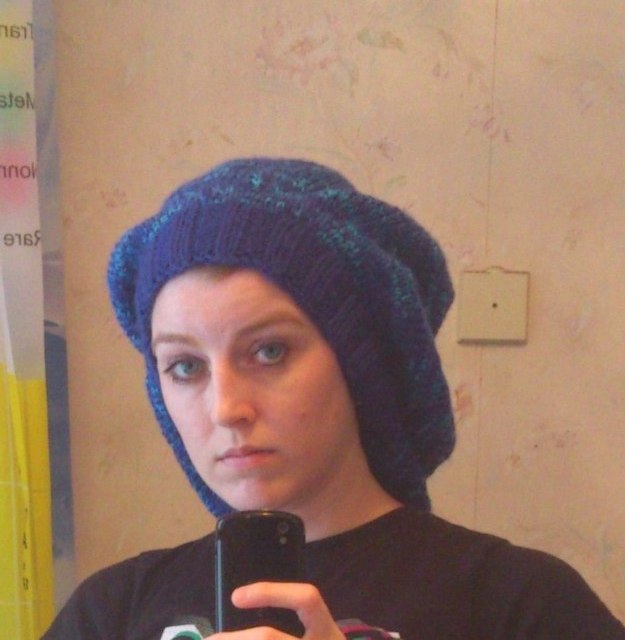 I already tried the Pantene "BB cream for hair" I bought and it's nice: A little runny and has a strong Pantene smell, but it disappears as soon as it gets in contact with my hair. 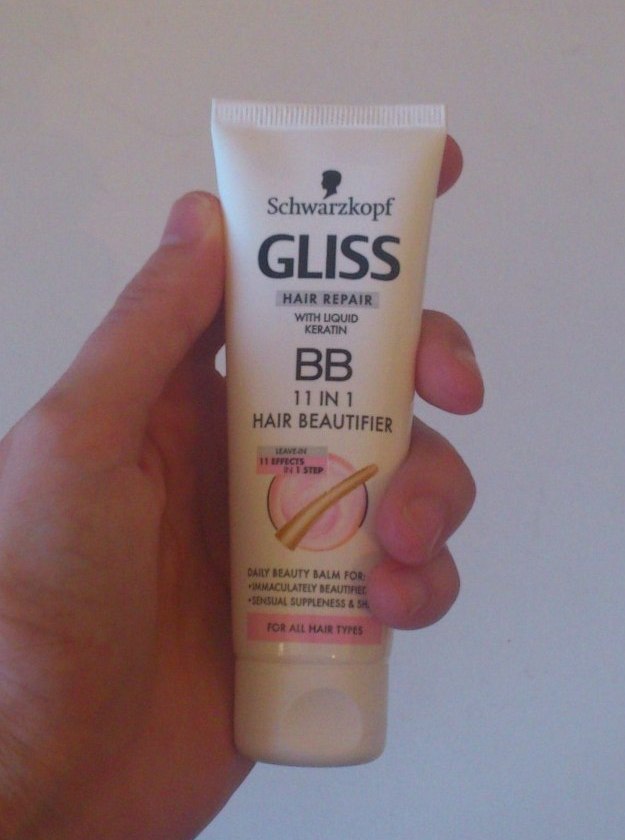 The "BB cream for hair" thing amuses me so much!
It is not a BB cream, it's a freaking leave in-conditioner!
Why do people feel the need to "fancy" something up?
Ugh.

On the other hand, I understand why it makes sense to latch on to a real phenomenon like BB creams. BB creams have been outselling foundations for years and they have become a real beauty staple for most women. They offer correction instead of cover and who doesn't like that?

I can appreciate the silliness though: Anything that makes people buy more leave in-conditioners so more are produced and the prices go down and the supply go up, is a good thing!
If calling it "BB cream for hair" is what it takes, sure, go for it. 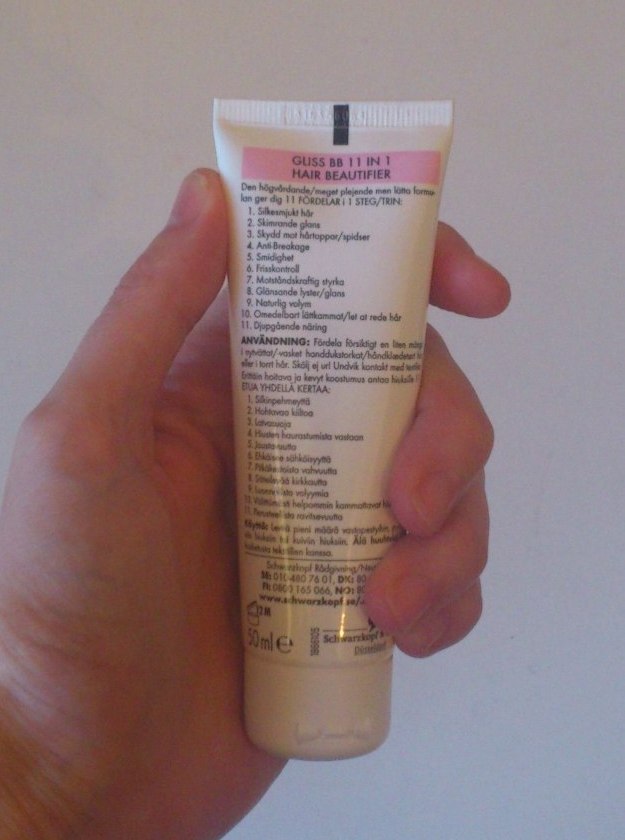 
I laughed and showed it to hubby who said they probably ran it through Google translate. Heh.
Posted by Lady Igor at Saturday, August 22, 2015 3 comments: 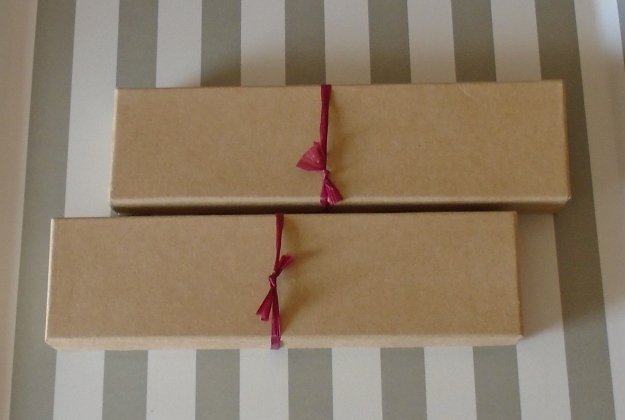 First of all: Points for packaging!
A sturdy and nice, but not unnecessarily "cute" box. 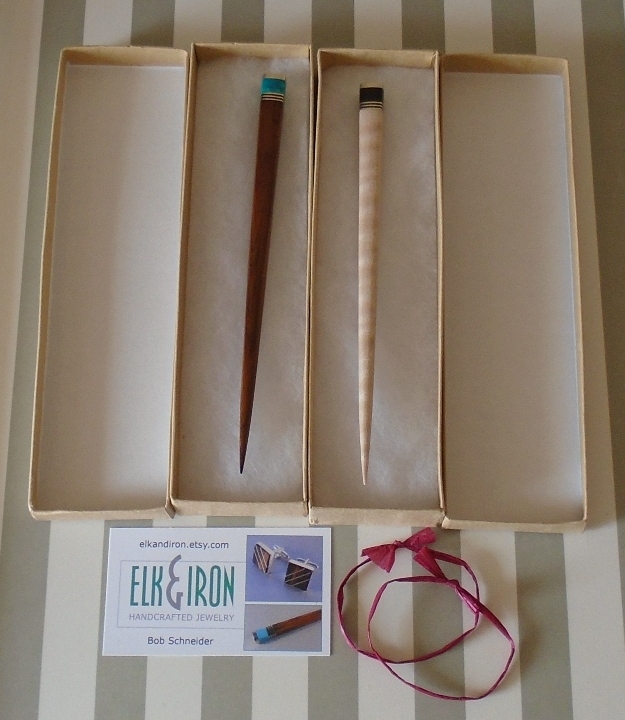 Contents.
The sticks rests on a layer of cotton-like material.
I also removed a layer of bubble wrap for the picture. 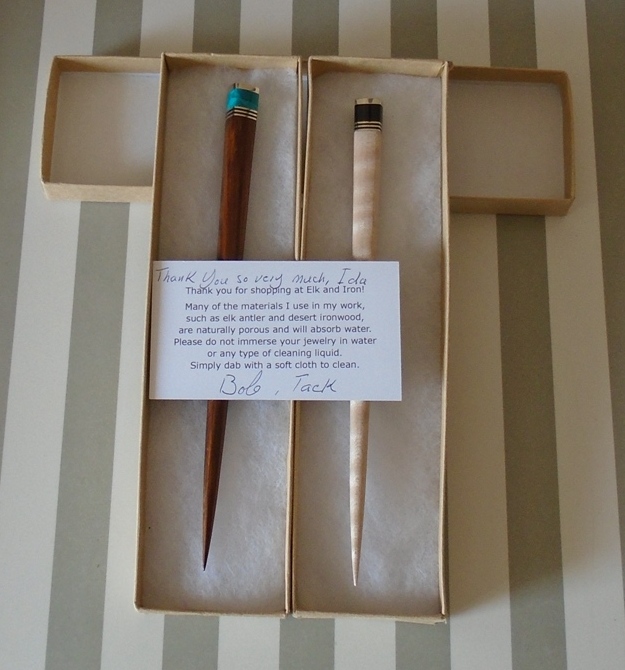 Points for a personal touch!

But I have to be petty here... I am not *eye twitch* Swedish.
Yea I know, impossible to know when you ship to Sweden, right?
Petty. Told you. 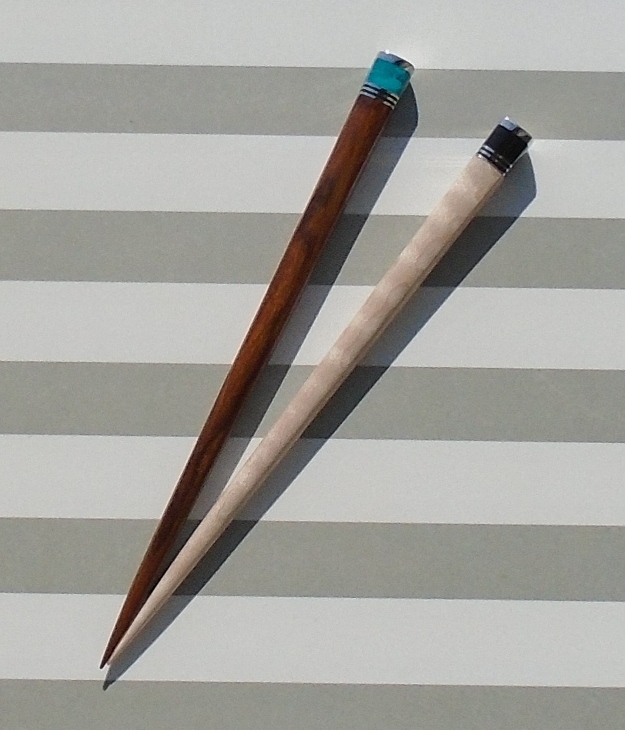 I seriously need a better camera to catch the details!
The wood is very, very pretty with lots of changes in the colour.
The teal stone has a lot of little veins that I just cant get a good picture of.
These two sticks will definitely be the crowning glory of my hair stick collection! 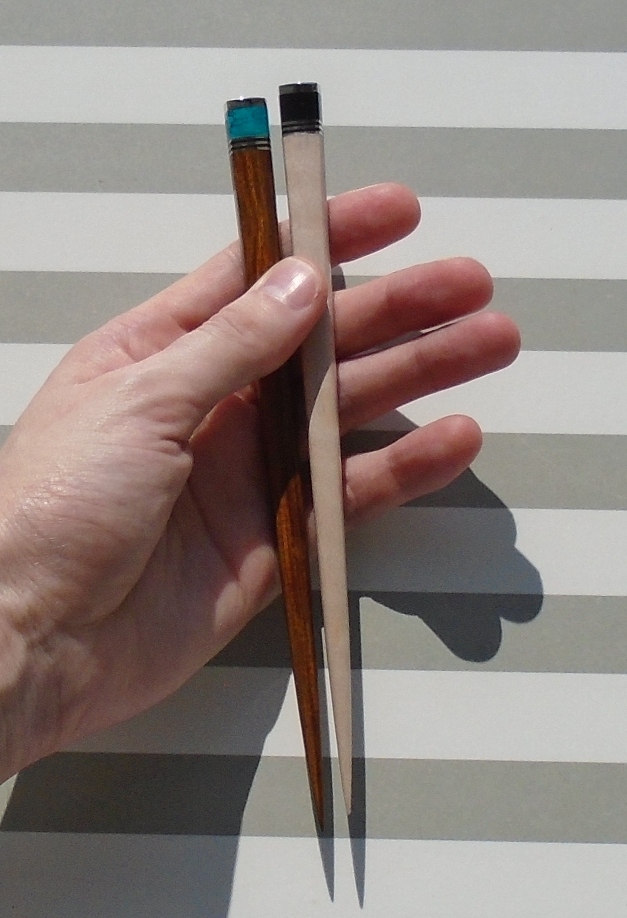 The good
Very, very smooth and hair friendly
Seriously pretty
Love the little details and attention to protecting the sticks from the sellers side

The bad
They're seriously sharp
A bit top heavy, but it doesn't matter so much for me. I think someone with less hair could find the topper overpowering though, especially if you have the short ones

Would I buy from this seller again?
Yes!
Posted by Lady Igor at Thursday, August 20, 2015 2 comments:

Aegyo sal
I haven't yet taken a picture of how this looks with one eye done and one not done to show the difference, but here is a good one by another blogger:

The idea behind this makeup is to mimic the cute baby fat under the eyes that children have. It makes your eyes look brighter and more smiling.

The method is ridiculously simple:

So far I've used my regular eyemakeup for this effect, but I will probably get one of the specific products for this at some point.

K-style eyebrows
Korean eyebrows are styled a lot straighter, some times even completely straight with no curve at all. The brow is also very full and should look as natural and unaltered as possible. The purpose is to make your face look young and innocent.
I have super full and dense eyebrows, so I enjoy not having to remove a lot of hairs. Since my hairline starts too far down for my liking, I prefer to try to make my forehead appear larger and a straight brow plays up the distance between the brow and hairline.

The dislikes
Kimchi
Korean: 김치
Kimchi, gimchi, kimchee, or kim chee is a traditional fermented Korean side dish made of vegetables with a variety of seasonings. It is often described as spicy and sour and has seasonal differences. 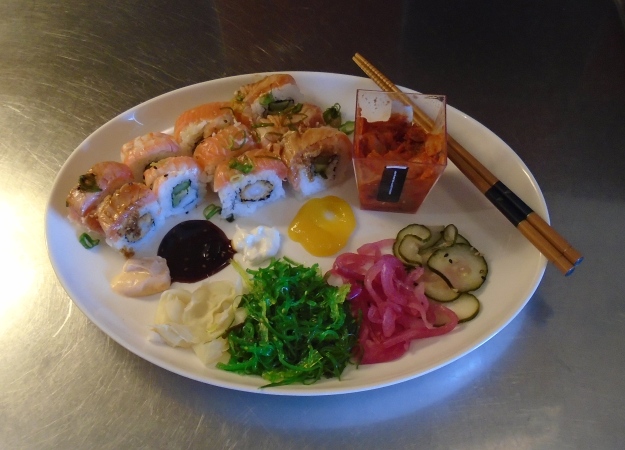 When I found out that our favorite local sushi place had kimchi, I had to try it.


I really disliked it.

With kimchi described as a side dish you eat with pretty much everything, I figured it wasn't spicy-spicy. In my mind, it was something like spicy coleslaw.

To be fair, it might be that this was made in the Japanese way and wasn't actually fermented, but just had some added acidity. But no, this Kimchi was not for me.

K-pop
Welcome to the ridiculously bright and sugary world of K-pop!
K-pop seems to be such a "must" among the K-beauty bloggers. But no, it just doesn't do it for me. Although I can listen to it for short amounts of time, I'm just a metal-head at heart. It's good to try something new once in a while though.

Have fun with some examples!

The moonshiners: So cruel
(No M/V but I really like this one) 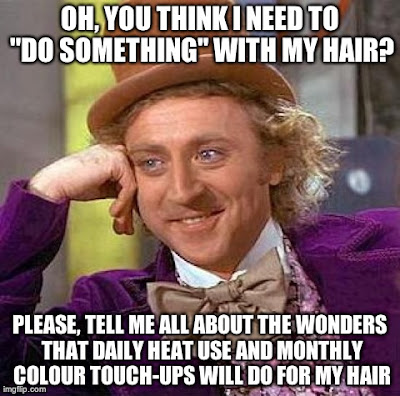 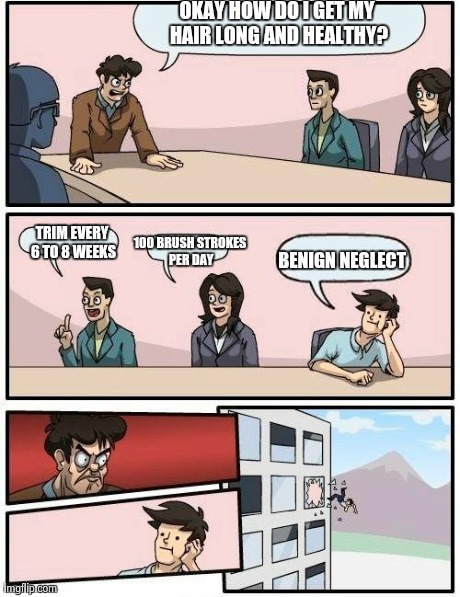 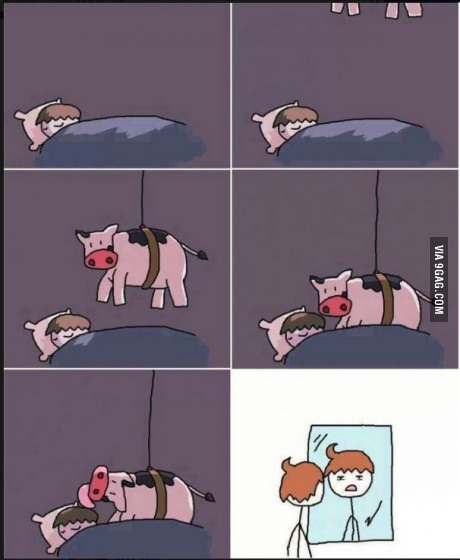 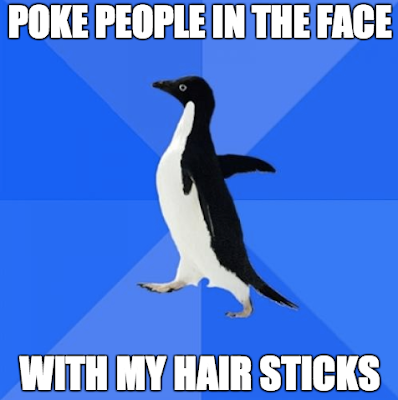