An experiment in laziness: Day 3 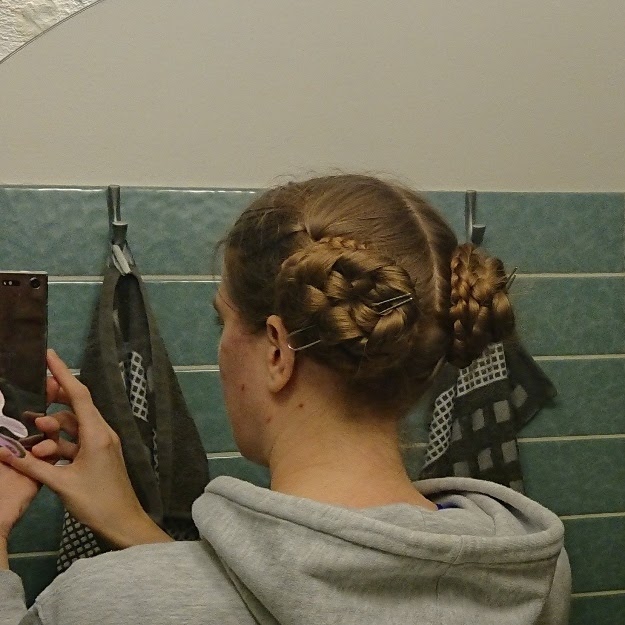 Day 3, two cinnamon buns.
And it's definitely not just me, because that's a lot of flyways. I have an actual halo going on! 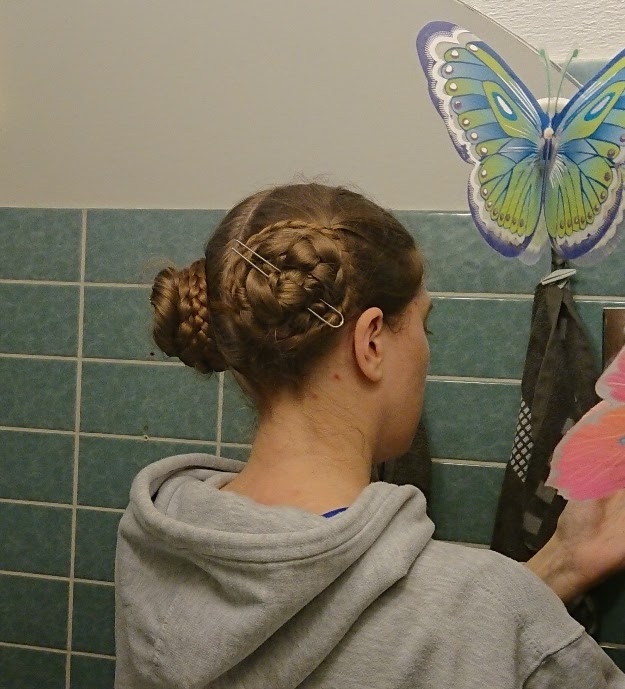 An experiment in laziness: Day 2 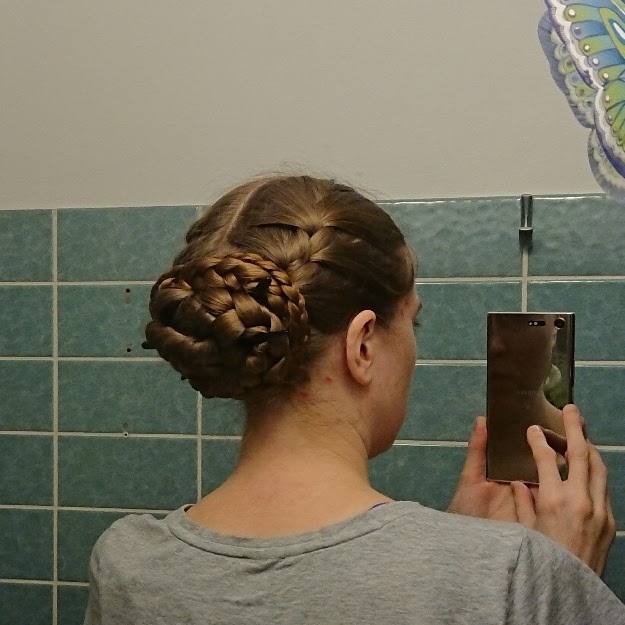 Day two and I went for a simple Chinese bun. Nothing fancy there.
Maybe it's just the Rosenthal effect, but I think I see a lot of flyaways. Is it just me? 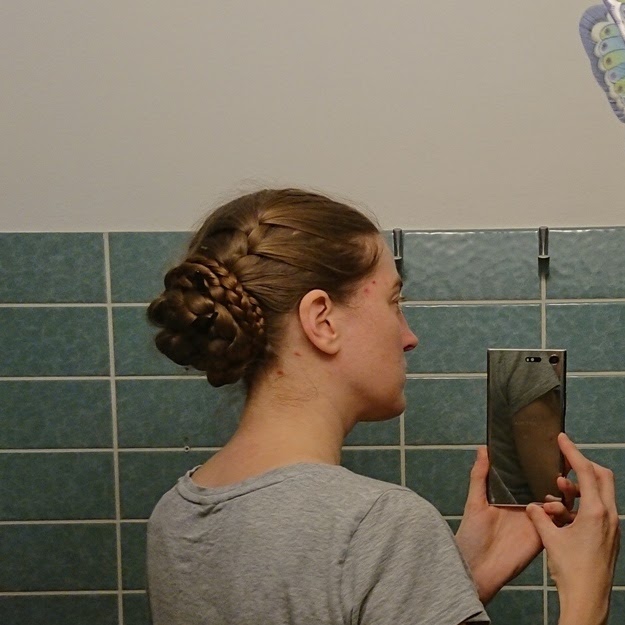 An experiment in laziness: Day 1 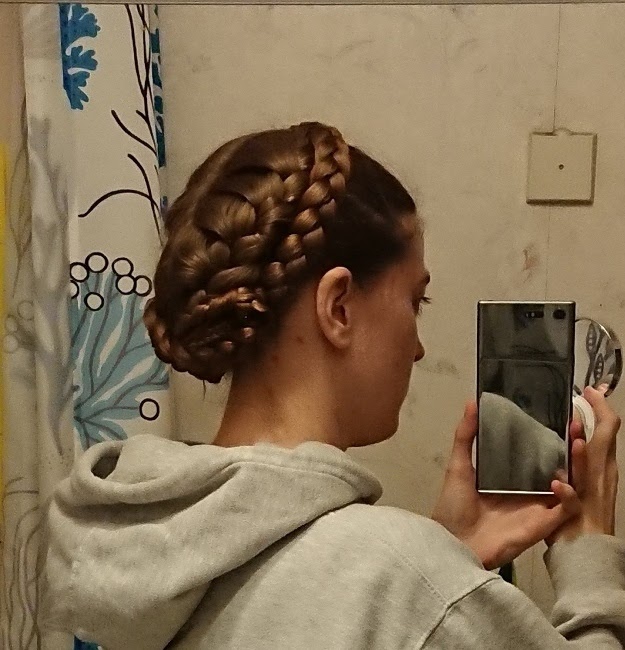 Day one of the lazy/French braid experiment and I'm starting off with a crown wrap/Chinese bun combination. 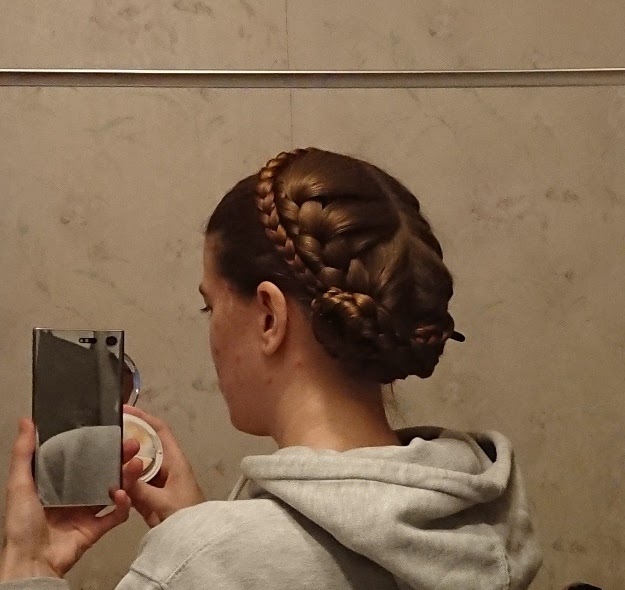 It was actually mildly uncomfortable because the crown wrap didn't have a clear "bump" to lsupport itself against like it does with the Dutch braid. So it slid around a little more than I'm used to. 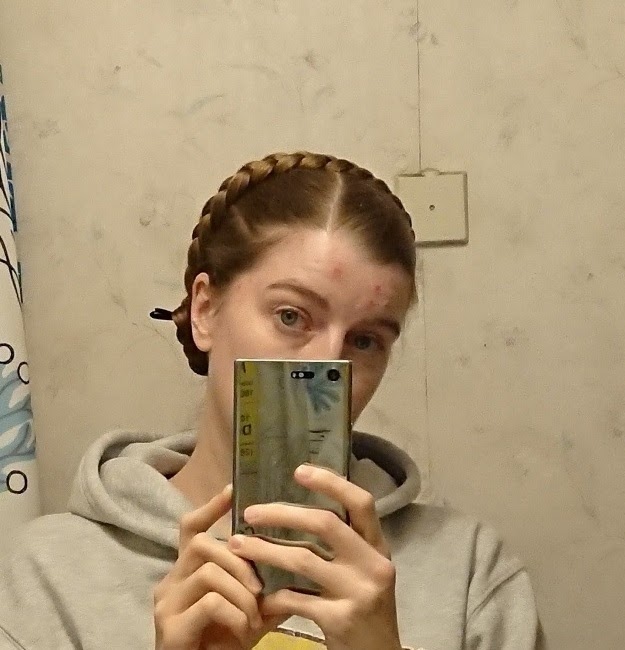 An experiment in laziness

Here's the finished French braid for my planned experiment.
I actually think I did a pretty good job! It's been a long time since last I did a French braid.

Posted by Lady Igor at Wednesday, December 05, 2018 No comments:

A theory on braids

So I want to try the experiment in laziness with a different type of braids and for less days. I want to see the difference between French and Dutch braids for this.
But I have an idea on how the different braid types will influence the result, so I will try to explain my thoughts as best as I can. 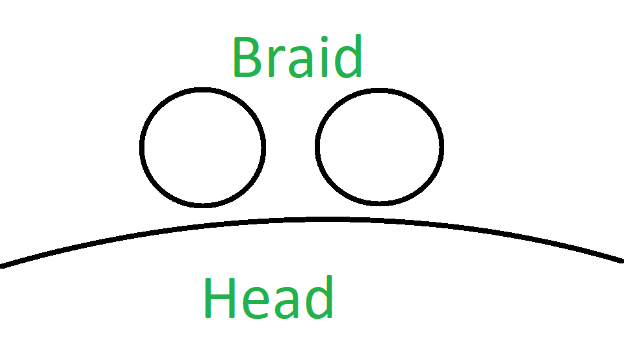 If you imagine looking up or down the length of the braid against your head, the braid has two "parts" where additional hair is taken in along the length. 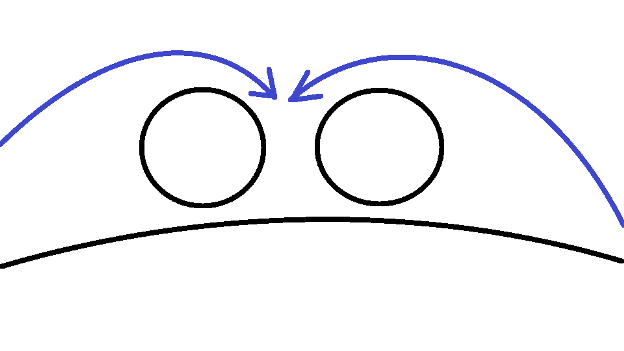 For a French braid, the hair goes above and into the existing braid. 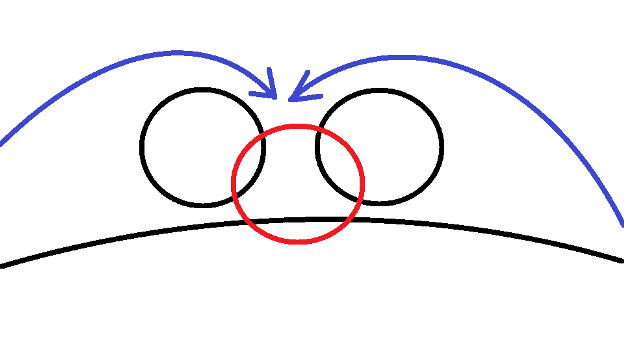 Which means that for the French braid the place where the additional hair gets locked down is between the scalp and the braid. This means that the hair has to "travel" further and can't be pulled as firmly in place as for a Dutch braid. 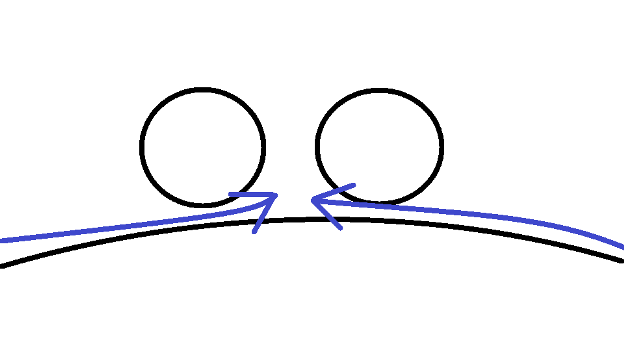 For a Dutch braid, the hair goes under and into the existing braid. 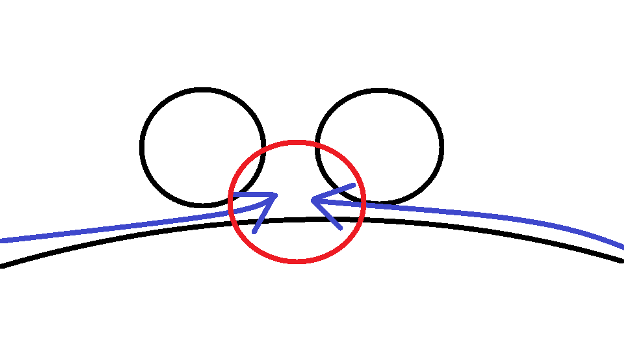 My point with this is that the French braid should develop more flyaways, and become more unstable and less comfortable faster than the Dutch braid.

Tomorrow I will make two French braids to test this on.
Posted by Lady Igor at Tuesday, December 04, 2018 2 comments:

Email ThisBlogThis!Share to TwitterShare to FacebookShare to Pinterest
Labels: The Library

That was a nice surprise

The beauty calendars are generally too much makeup for my needs. And low in hair products.
But today to my surprise, I got not only one, but two hair products. And some I will actually try!

From Lookfantastic: A leave in conditioner. This is a perfect size to travel with so it will go directly into my almost-packed travel bag.
From Rituals: A hair and body oil. It smells wooden and oily, nice. Will definitely try this one. 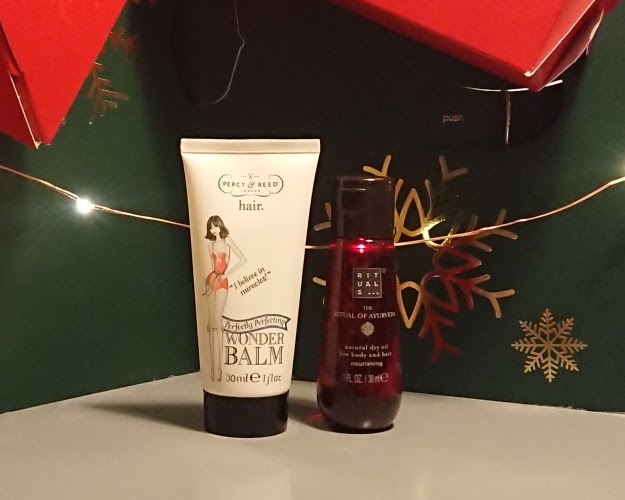