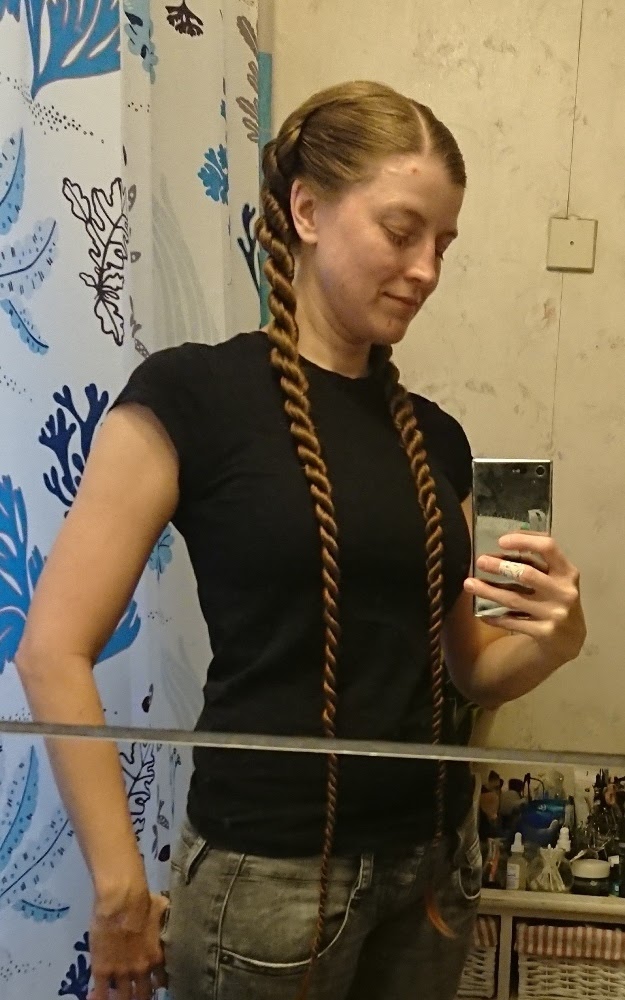 Yesterday I felt confident that I had a grip on creating the rope braid on myself, and I went for it. This time without putting it in an elastic first.

...Can you tell that I'm pleased with the result??

After some fumbling, I found that the thing that worked the best was... not looking at what I was doing? Strange but true. Just going by the feel was way more efficient than trying to follow my progress in the mirror. 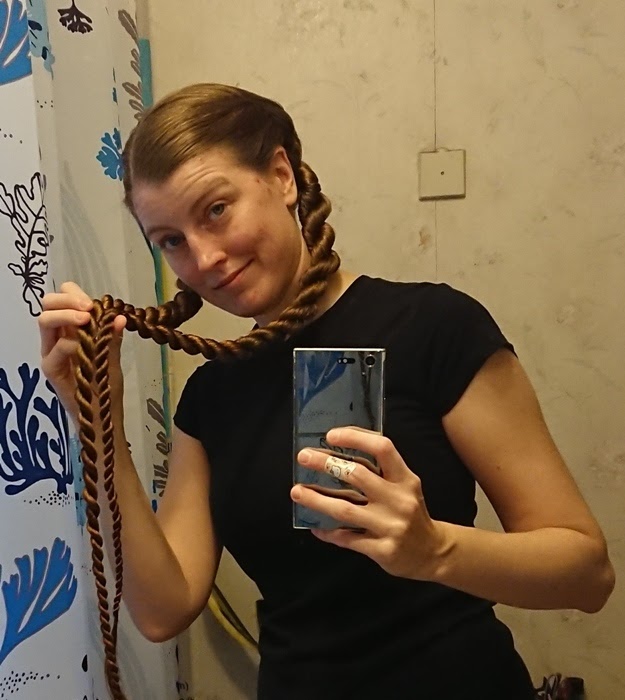 Maybe it's because I have to go two different ways for the two braids?
When starting the braid, I had to make sure I would sweep the hair away from my face to get that "Dutch braid effect" where the braid "traps" the hair underneath itself, instead of the hair going up and over the braid. 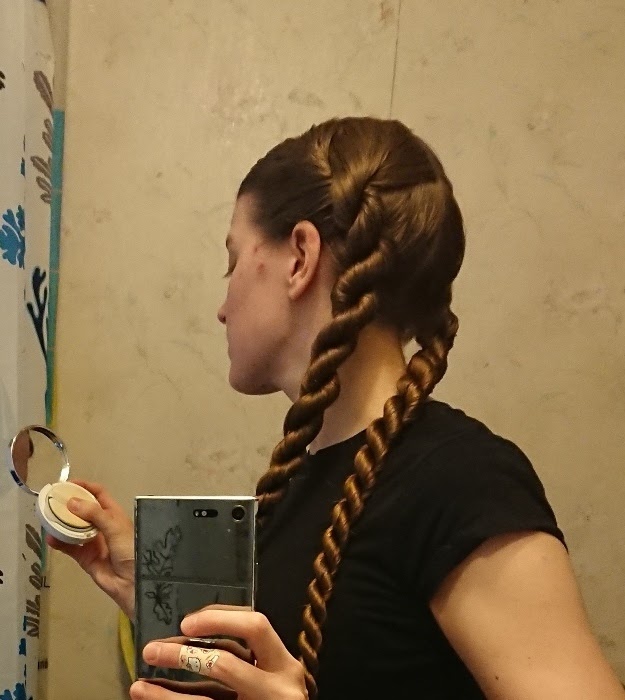 Next time I think I will try to start it up higher! 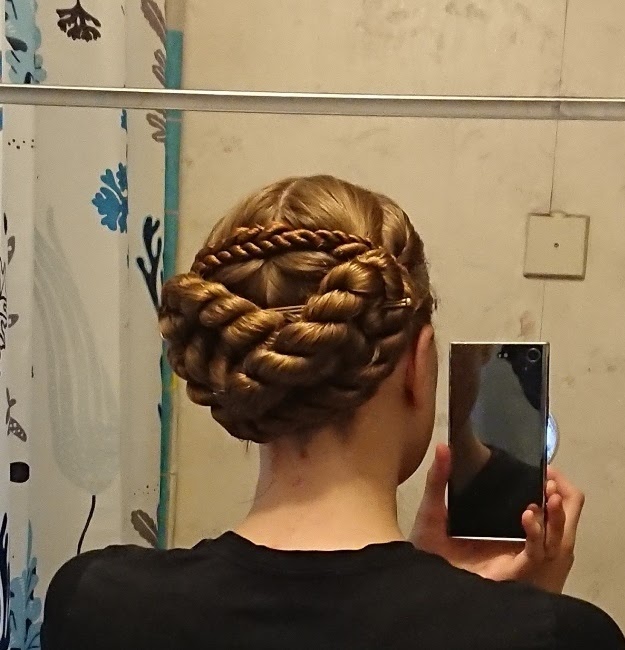 I then put it up in a Chinese bun pattern, but that looked really odd. 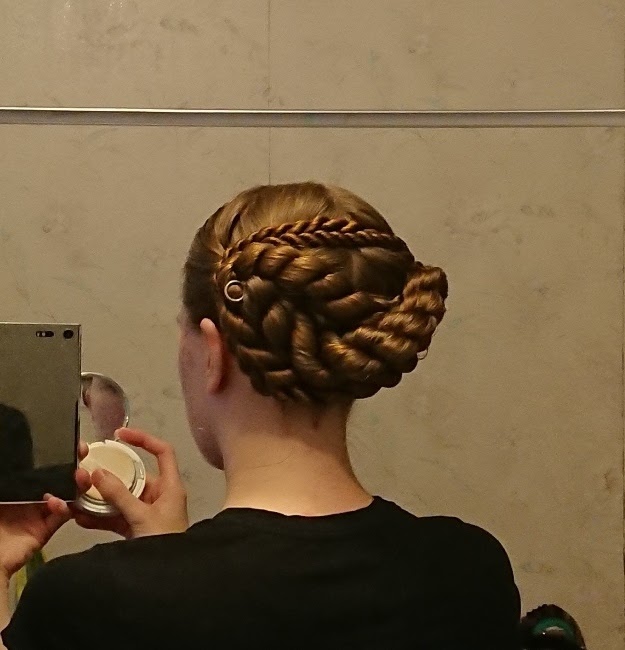 So Instead I tried to wrap it in a infinity pattern, where I pull the braid in and through its own pattern. 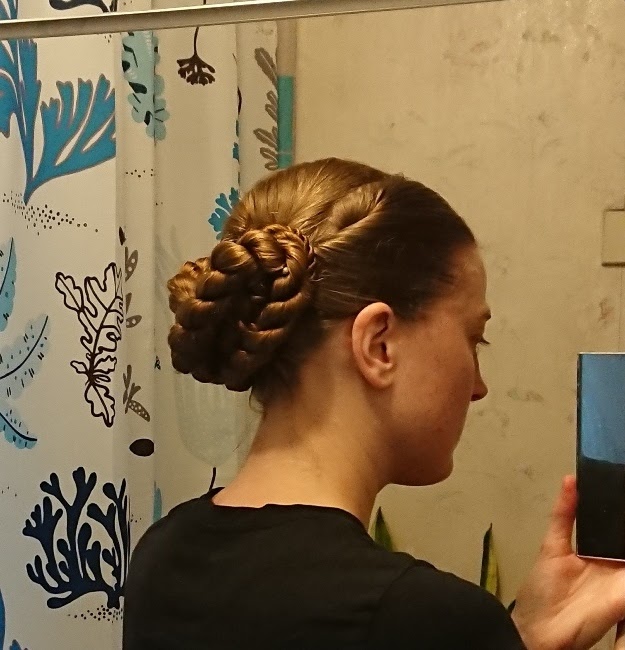 And that looked really awesome! 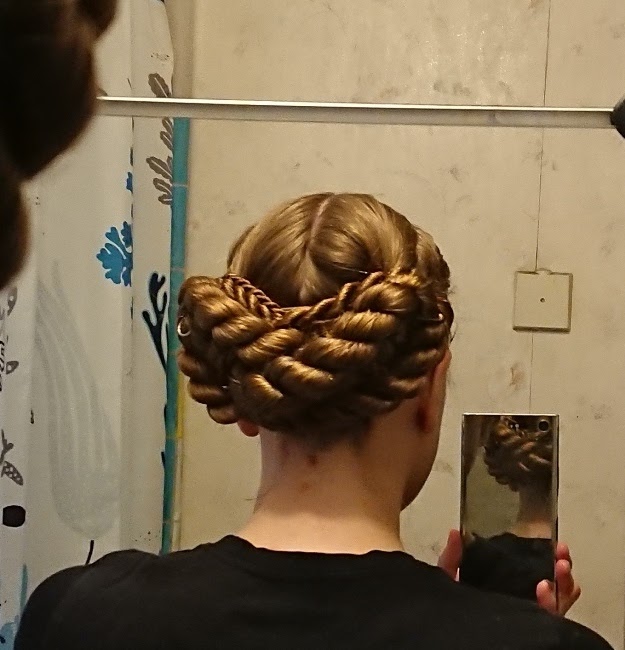 The contrast between the thick rope braids and the thin rope braids look really pretty in my opinion. 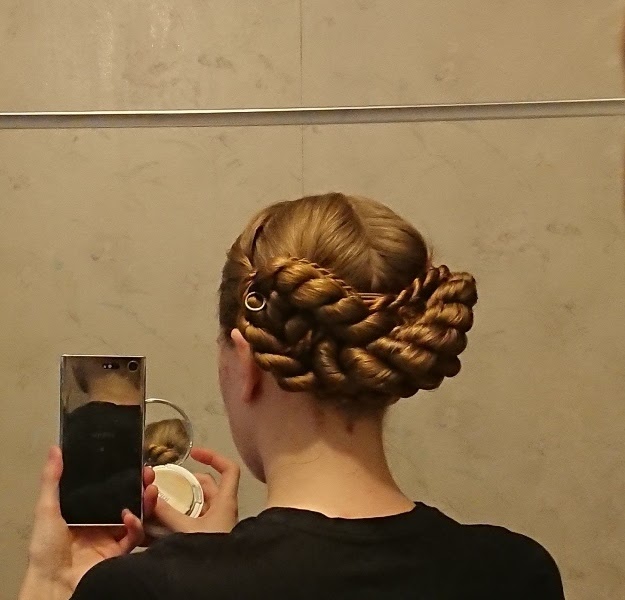 Also I think the rope braid really beefed my already thick hair up compared to regular braids, so the ropes looked massive. 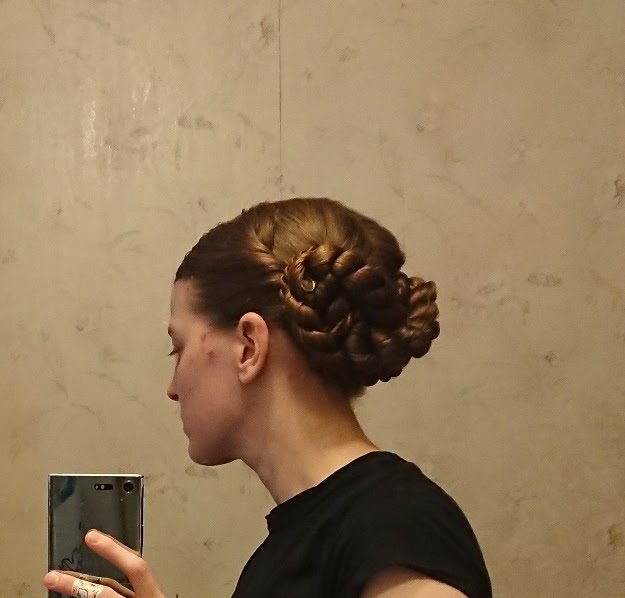 Can you tell that I was pleased? 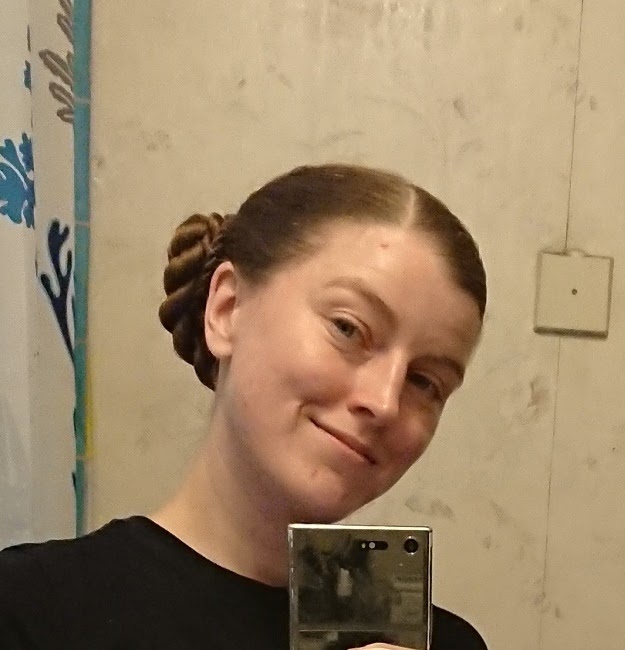 I really like the rope pattern that this braid results in.

Here you can see how I went in different directions for the two braids to get it symmetric around my face.

By evening, I took the bun down and was pretty much just lounging around before bedtime. But mr Igor talked me into going to the gym, so I put it up again. 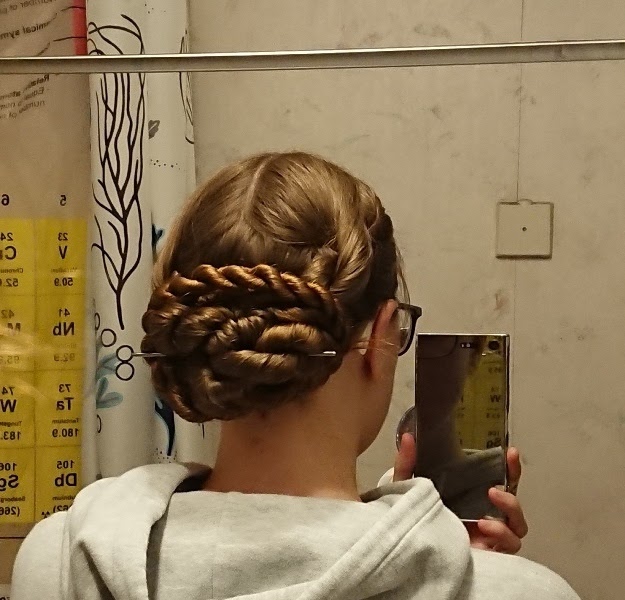 Learning from my mistake earlier, I put the hairstick in much lower and this time the Chinese bun pattern worked well for it. Not as impressive as the infinity bun pattern, but still good. 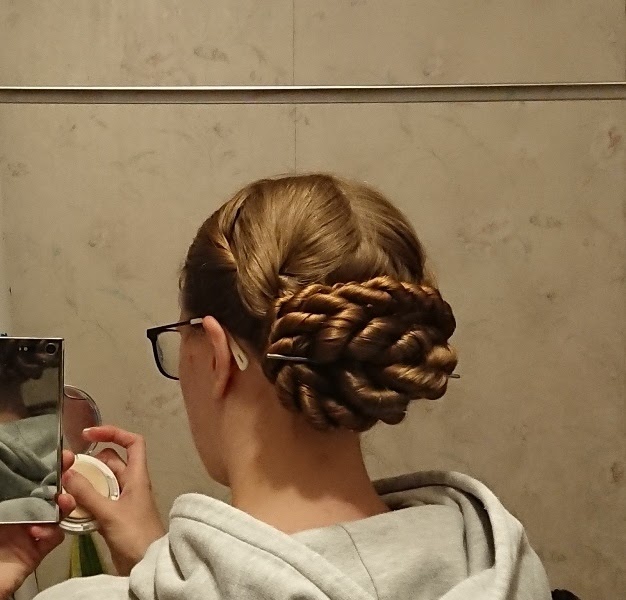 Nightblooming has a Iyarri Chronicles art and hairstyle contest, maybe I should try to redo this one staring up higher (Another "layer") and enter it for that?
Posted by Lady Igor at Friday, March 20, 2020 4 comments:

The fairly successful rope braid I did in the "29 updos in February"-challenge made me want to try it again.

So I "borrowed" a coworkers hair again to get my muscle memory going.

Super awkward cropping because it was in the middle of the lunch break and we were surrounded by people I don't want to ask if they want to be featured on my blog, which they don't even know exist.
Posted by Lady Igor at Tuesday, March 17, 2020 1 comment: