Hehe. Just teasing the yet unknowing recipient.
Going to send out a package today with some secret contents. 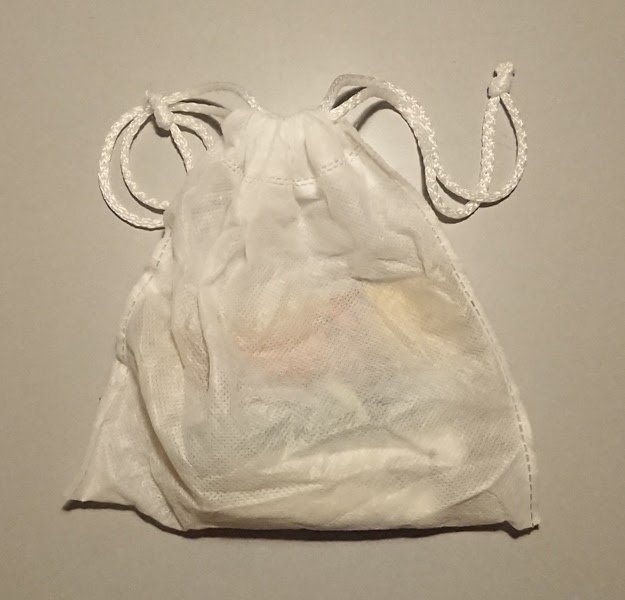 And just for fun, going to add the prettiest candy I've seen in a very long time. 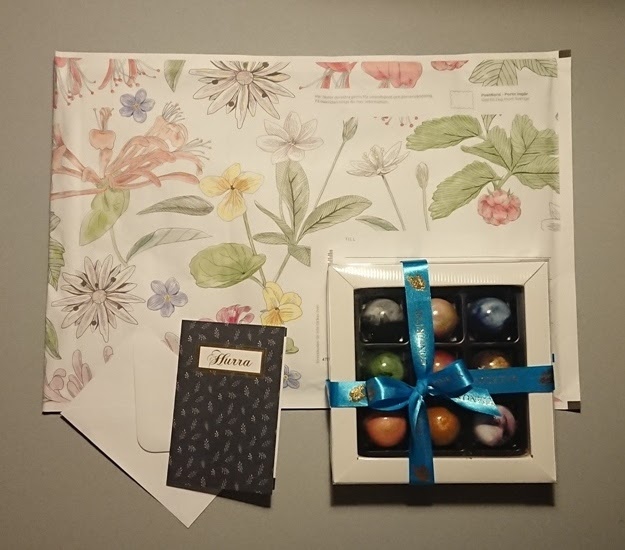 Lately I've been having some issues with my Nautilus buns. It used to be my absolute go-to bun, but the last months they have become increasingly irritating. They pull or pinch or slide for me. 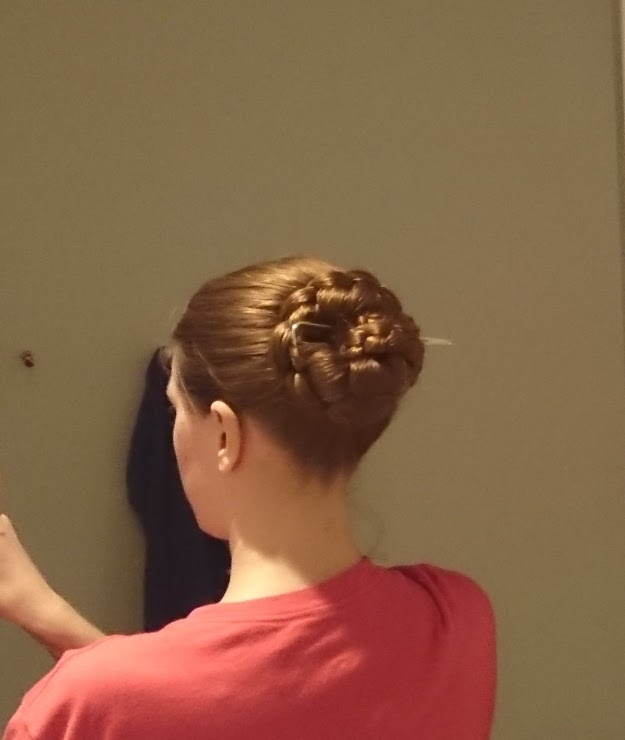 The Nautilus bun was never the prettiest or most elegant bun, but it has its good angles. 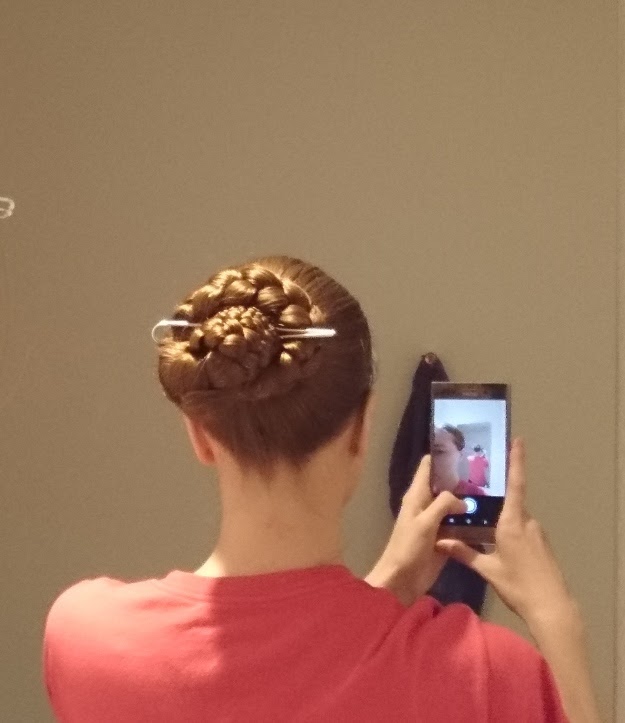 But at the same time as I've been having issues with it, it also seems like its bad angles have become... well, worse. 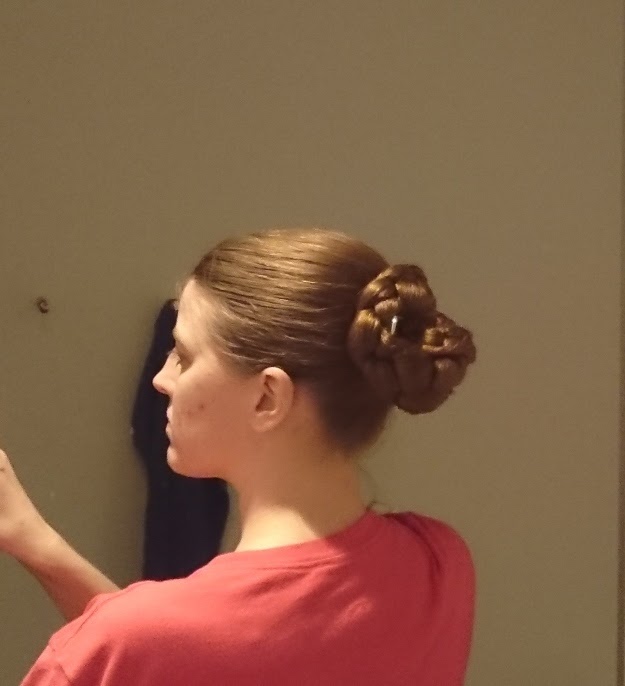 The bun formation always had a tendency to get that weird "blob" going on, but it seems to become harder to smooth down. 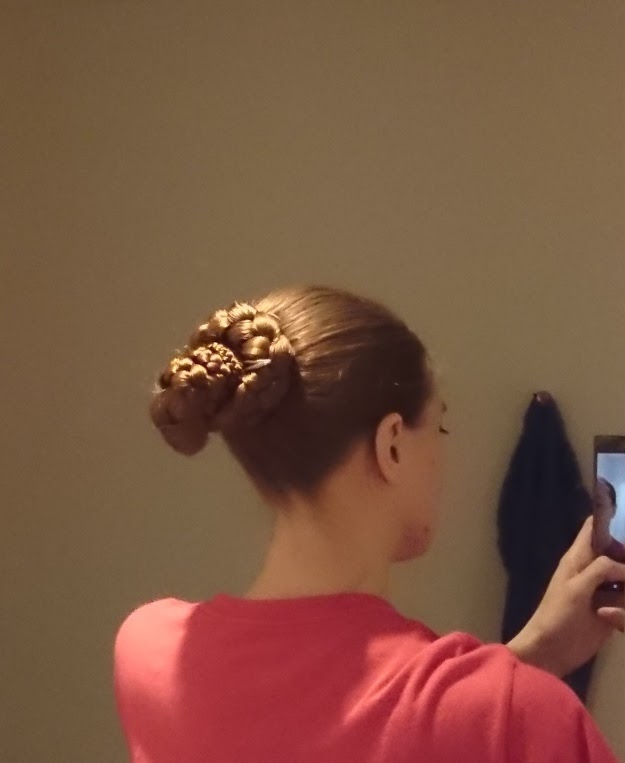 I got so frustrated with it today at work, that I ended up messing around with it on the toilet.

After a few attempts to push the "blob" back in place, I wrapped it up in a simple cinnamon bun. 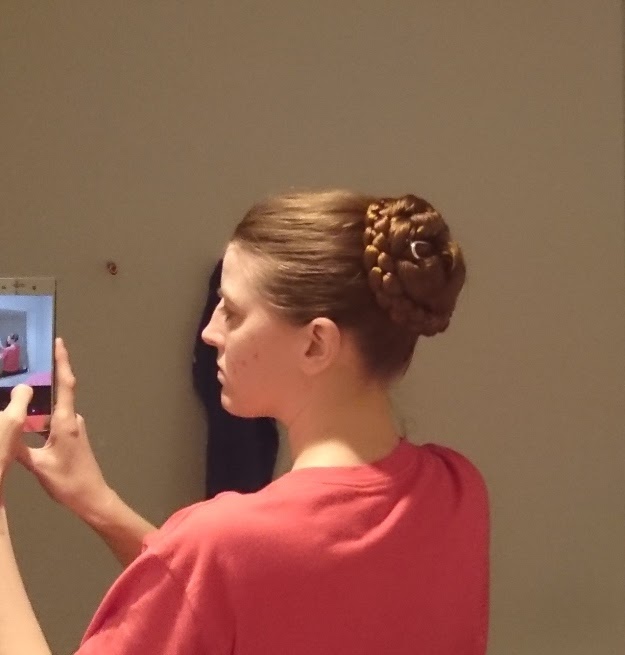 And... That looked pretty nice? 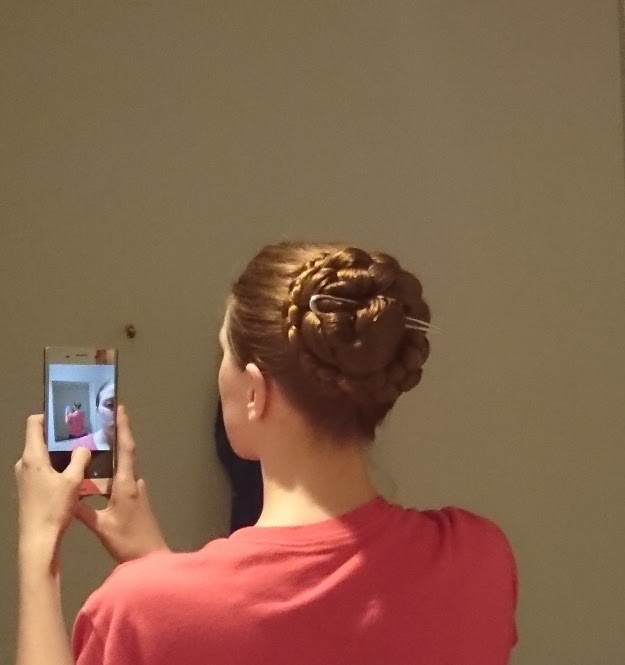 Which is weird, because braided cinnamon buns stopped working for me around... hip length?
But now they work for me again? 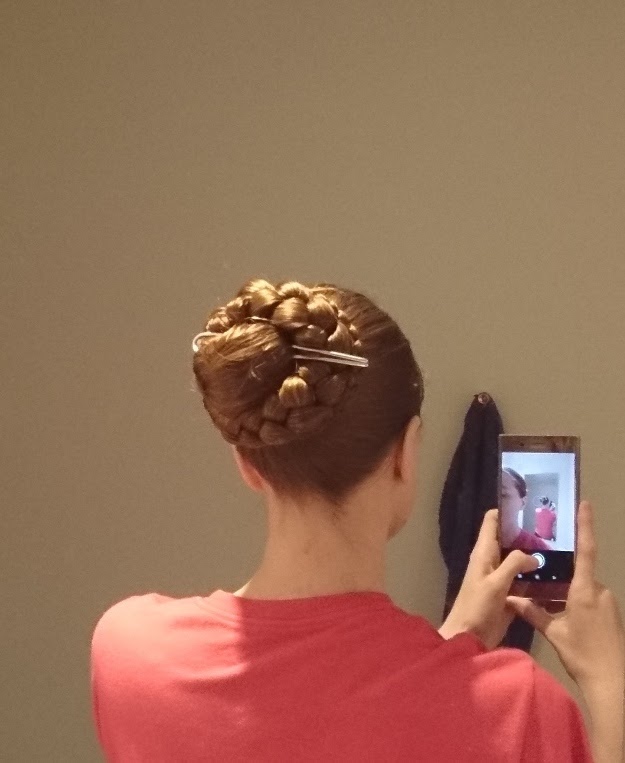 It did get a little "blob"-formation in the middle, but I think that could be completely removed by basing it on a single french braid instead of an English braid.
Hmm. Interesting! 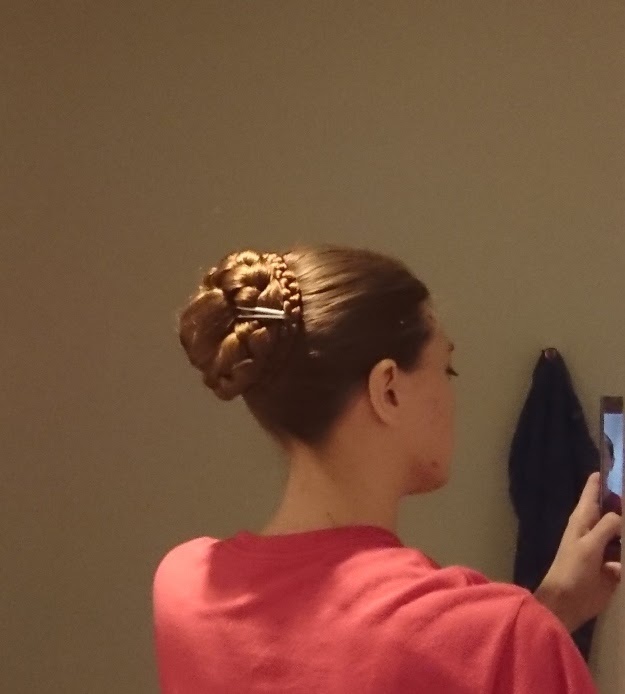 So that made me wonder: What if I "tied" the braid around my Ron Quattro fork in an overhand knot? 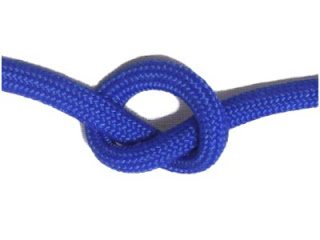 But then instead directed the "leftover" braid back in the same direction to compensate for lopsidedness, sort of like how I did with the infinity bun. 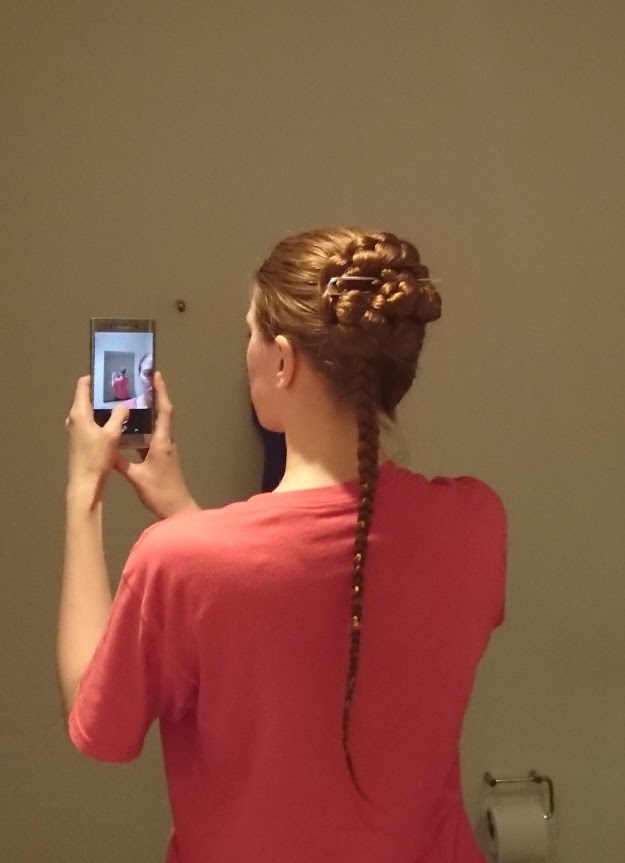 ...Then wrapping the braid back in the same direction and tucking it under. 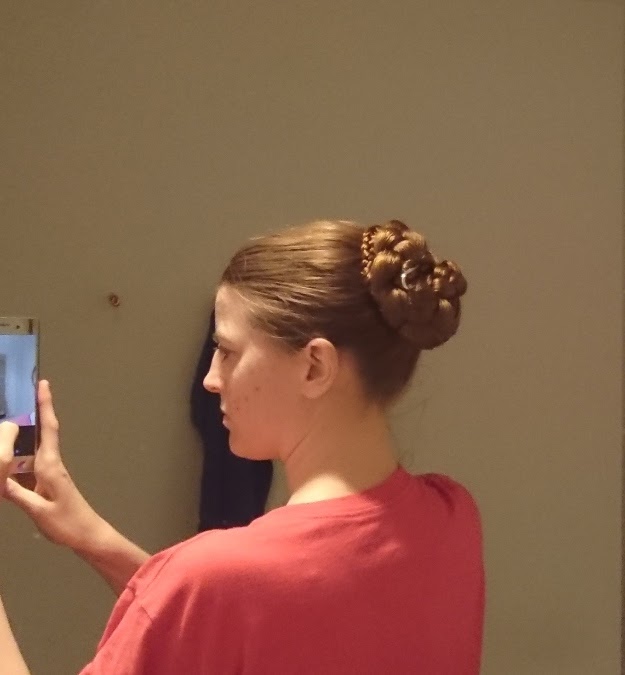 That actually got pretty good! 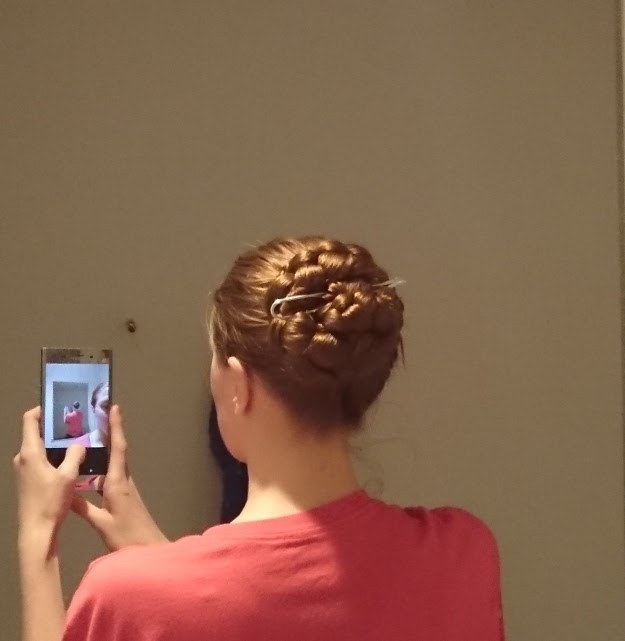 It shows off the slightly thicker part of the braid inside the bun, as opposed to the Nautilus that tends to show the thinnest. 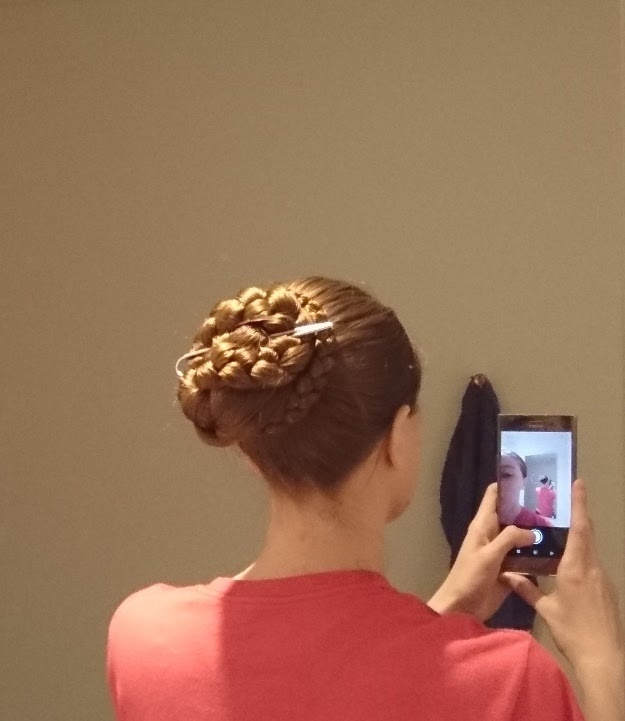 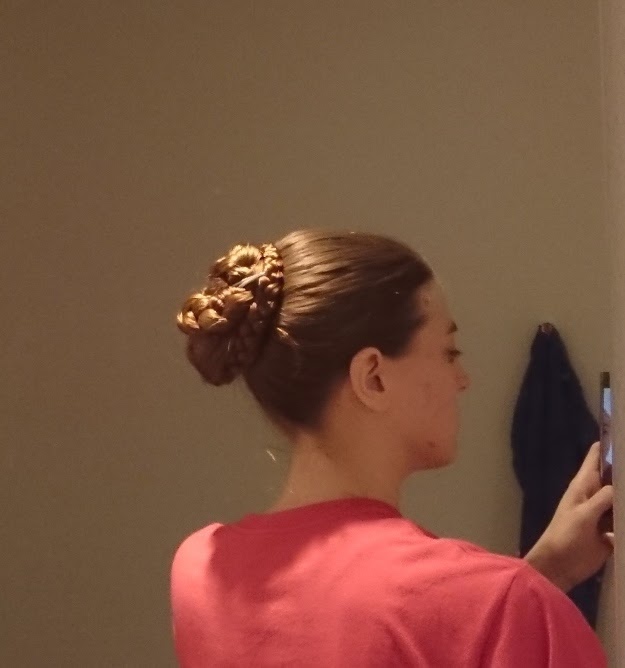 The difference doesn't look so big in comparison, but I still like it.
Overhand knot-bun-thing on the left and Nautilus on the right. 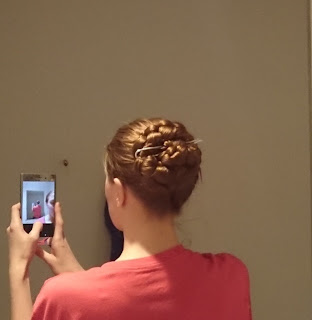 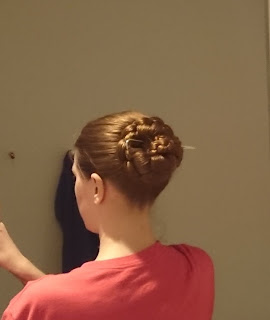 Least flattering angle in comparison and the difference gets bigger!
Overhand knot-bun-thing on the left and Nautilus on the right. 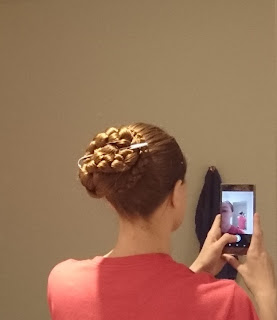 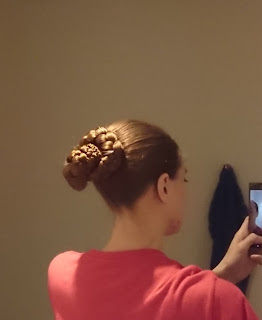 I think I will be doing this more often...

And I promise a better tutorial for this bun if anyone wants it!
Posted by Lady Igor at Monday, July 01, 2019 2 comments: