I asked Nightblooming if it was okay for me to share some of the pictures we took for the contest (Some times it isn't) and she said yes, so here is a mixed bag of the serious (Attempt of the character) and less serious (Meta pictures and just messing around for fun) pictures we took 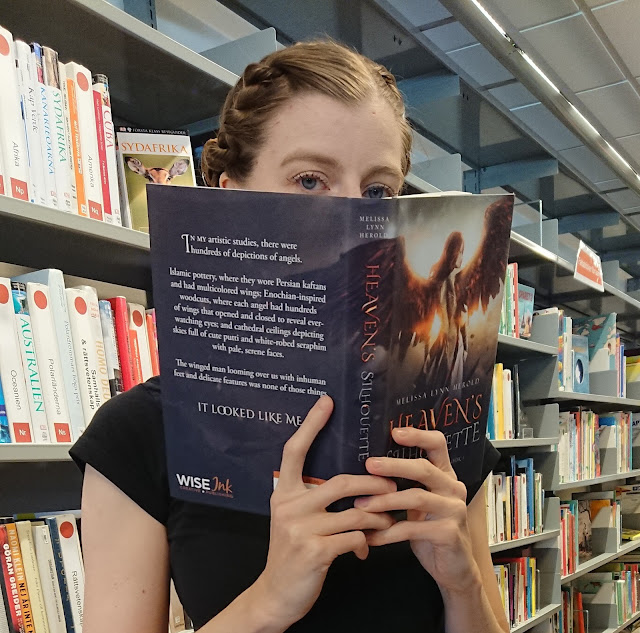 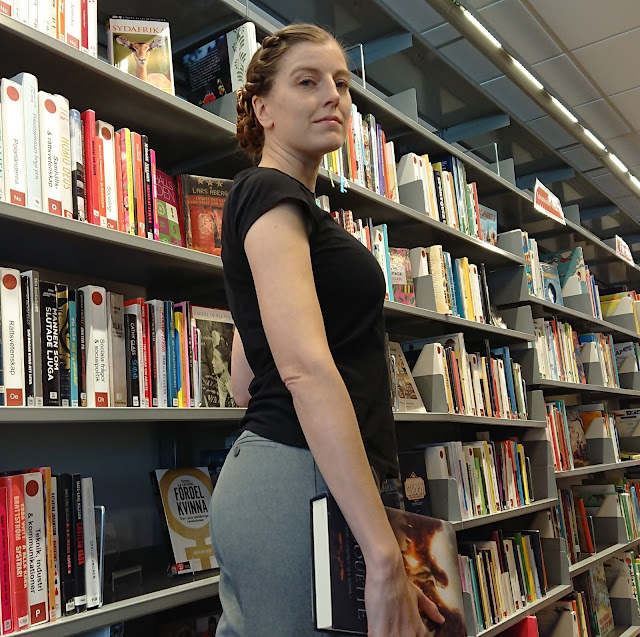 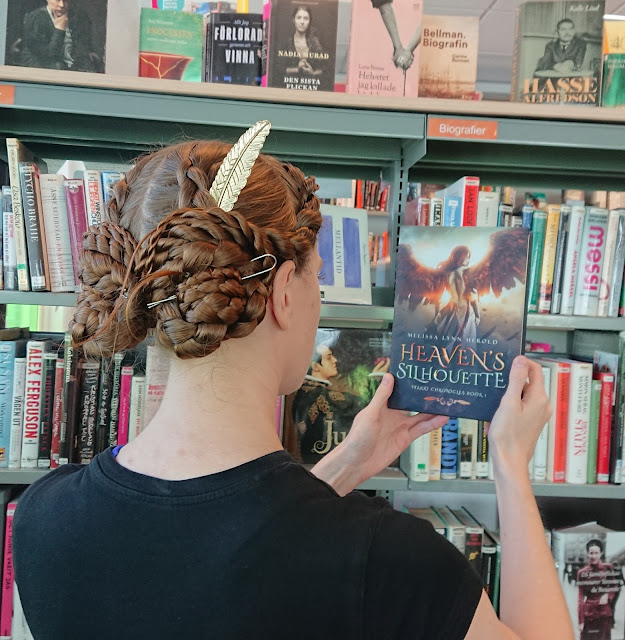 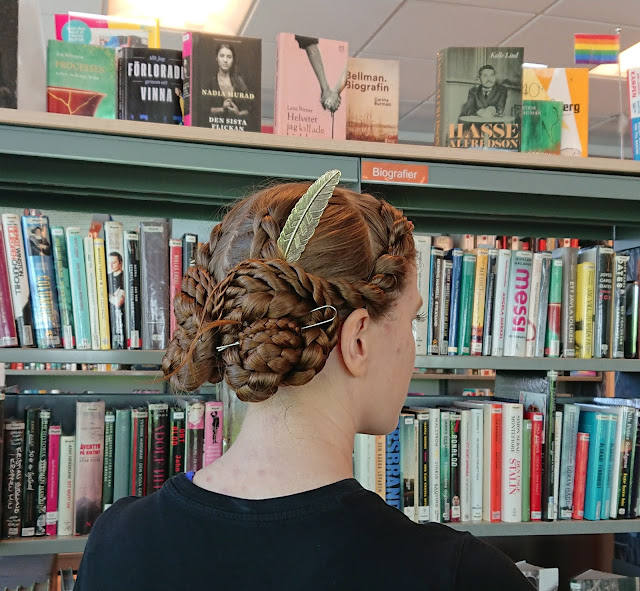 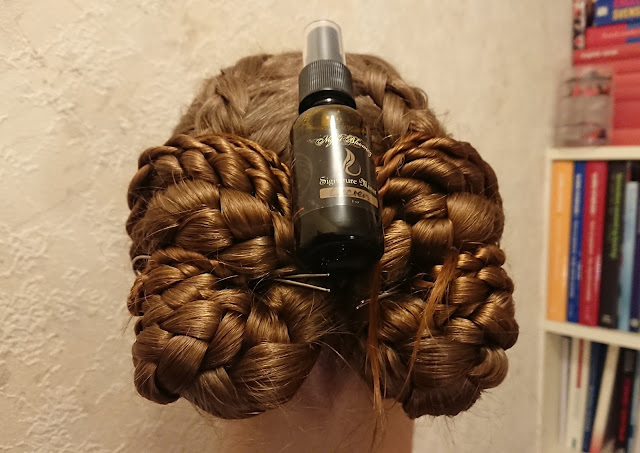 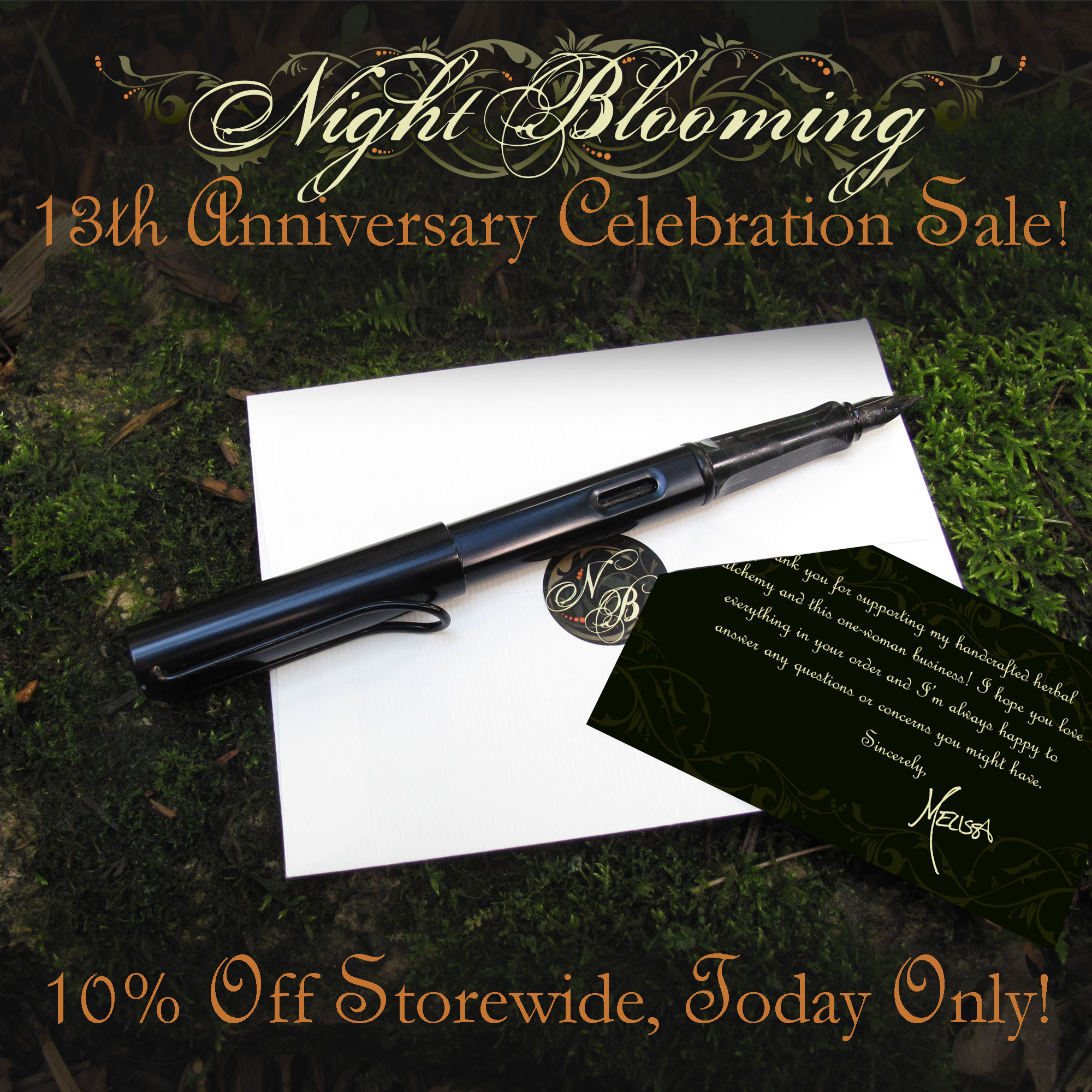 Nightblooming and her products are pretty much Longhair Circuit Royalty, not to mention she is a generally really cool person, so I figured I would spend a blog post talking about her. 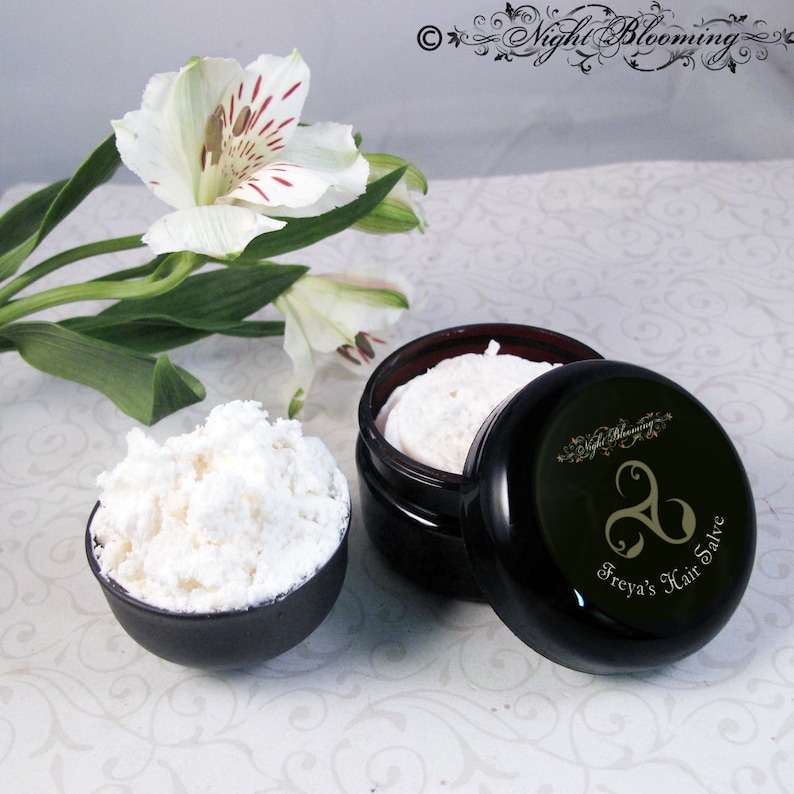 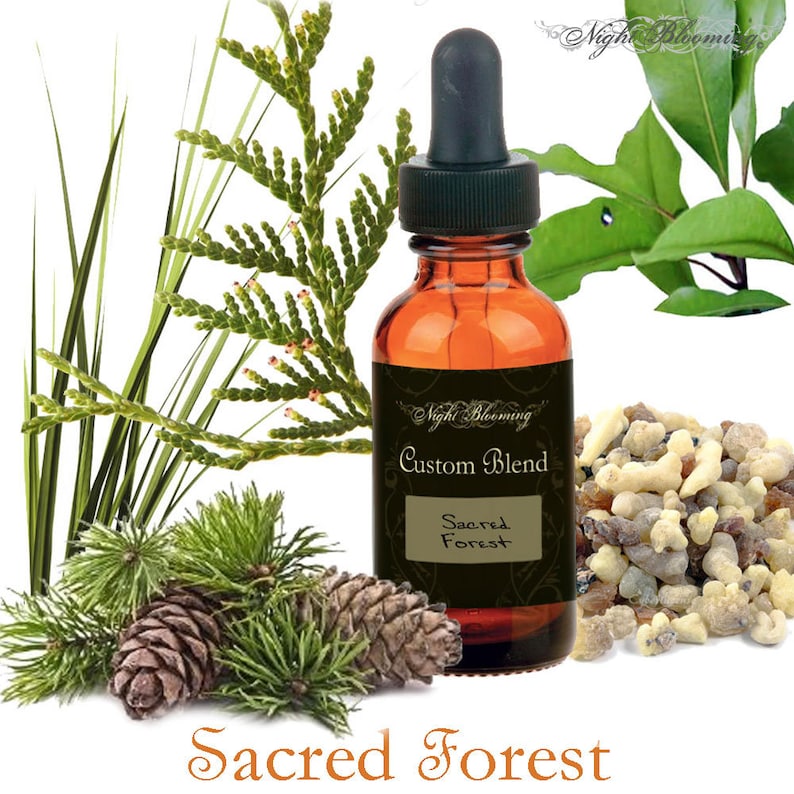 She recently published a book (Which I review without trying to spoil anything here) and have several e-books about haircare, such as Rehabilitating Damaged Hair Naturally (Which I also review here) Coloring Hair Naturally with Henna & Other Herbs and a free e-book Natural Hair Care Articles. 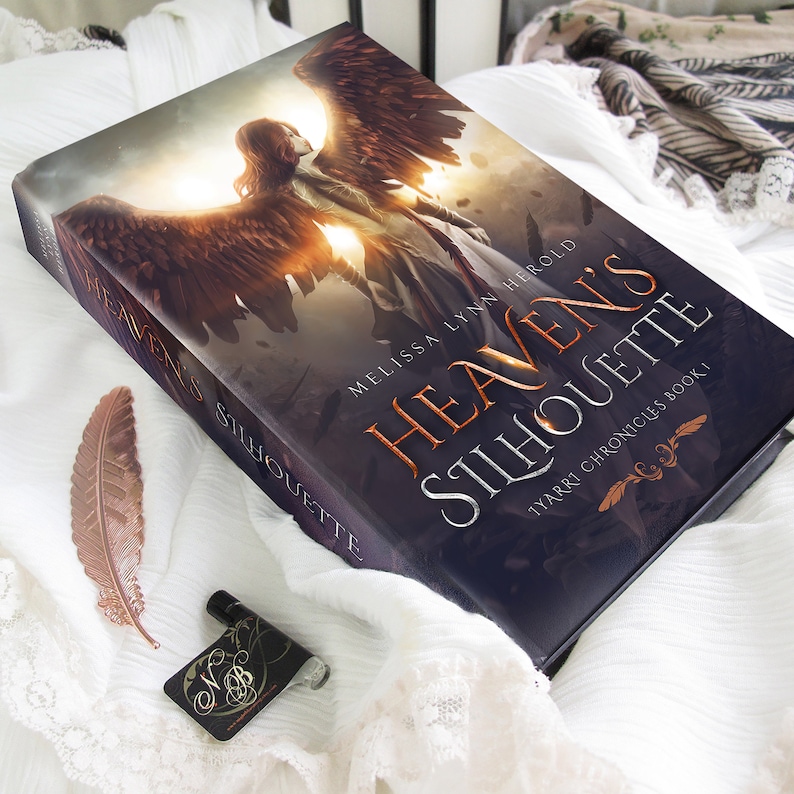 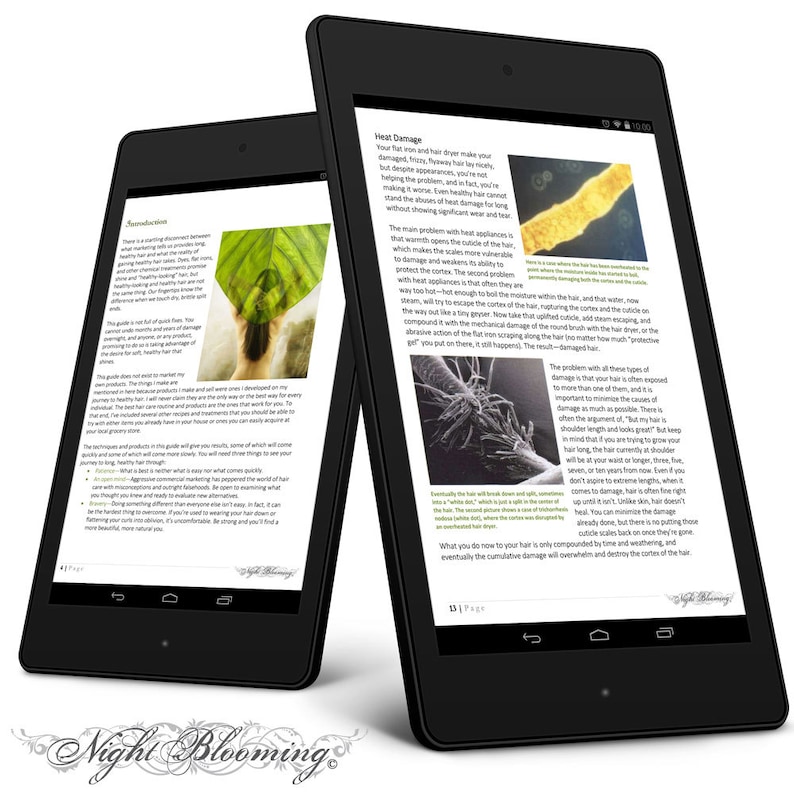 So for all of the many, many, many, many, many, many people bored at home and itching to mess with their hair (No, seriously, it's both sad and hilarious how many hits a simple Google search got me) Why not give her natural products and haircare books a shot instead of messing with your hair? 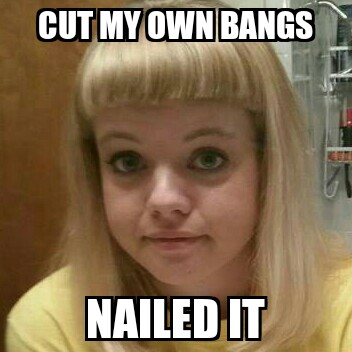 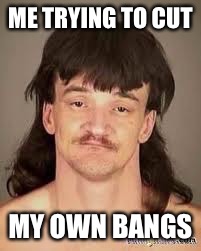 Better to change your hair for the healthier than to turn into another sad statistic in the "quarantine bangs" meme. 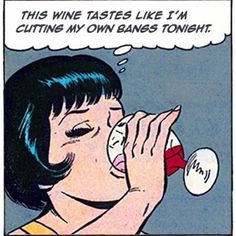 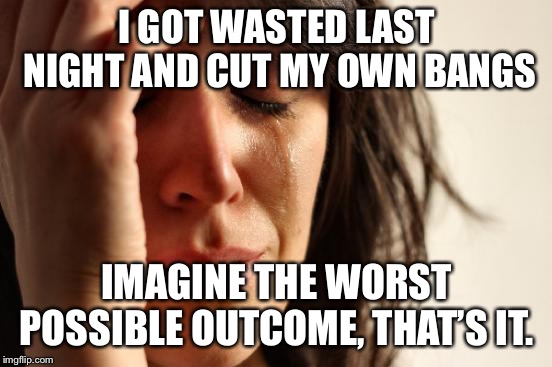 About a month back, she announced a Iyarri chronicles contest and I thought it could be fun to enter something like my new rope braid or something similar. So I did!

I liked this passage in the book:


A female Iyarri stepped forward, wings all shades of gold-red and
ochre, like a phoenix not yet burst aflame. She was older, her hair done
in a complex looped bun, the strands a mix of silver, copper, and gold.
Tiahmani whispered in my ear. “That’s Denôé, head of the Idura’s
Iadnah.”
If Denôé were human, I would have guessed her to be in her sixties—
though she walked to the center of the library with the straight-backed
grace of royalty. Her voice was clear.

Denôé then proceeds to make a pretty strong speech with no sugarcoating her words or what the consequences for what have happened will be (Trying to avoid spoilers here). She's only in there for like 5 pages, but she's an important figure with power in the story, and I liked the description of her hairstyle and what little we learn about her personality. 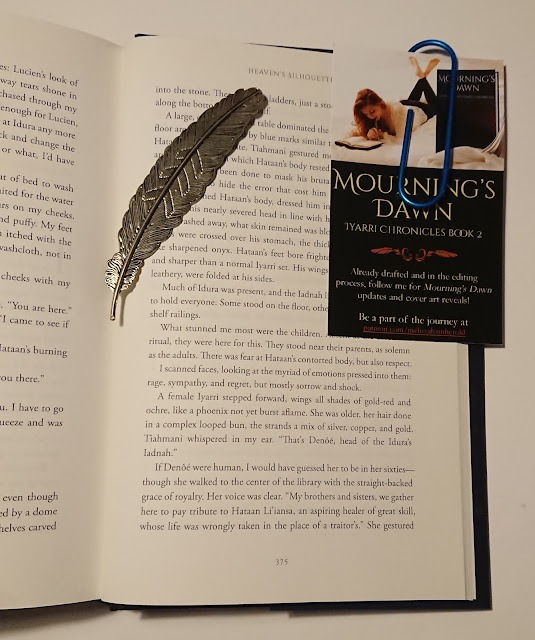 So I drafted mr Igor to take some pictures for me as Denôé. We don't get any description of what she wears, but I imagined it something like business casual, but I might have been influenced on her speech most of all. I decided to tone it more down though and mr Igor and I ended up having some fun with some more meta photos instead.

I'm not going to share any pictures from our photo-session, because I'm not sure if I'm allowed? But I will share this: After we were done, I re-wrapped the base braids into more of a Chinese bun. Which looked awesome! 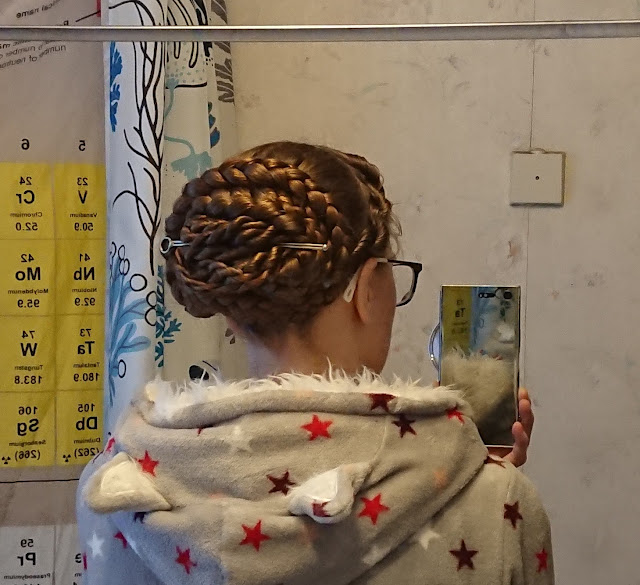 But by then, I was in my fluffy kitten onesie, so not really competition material, and I can share that. 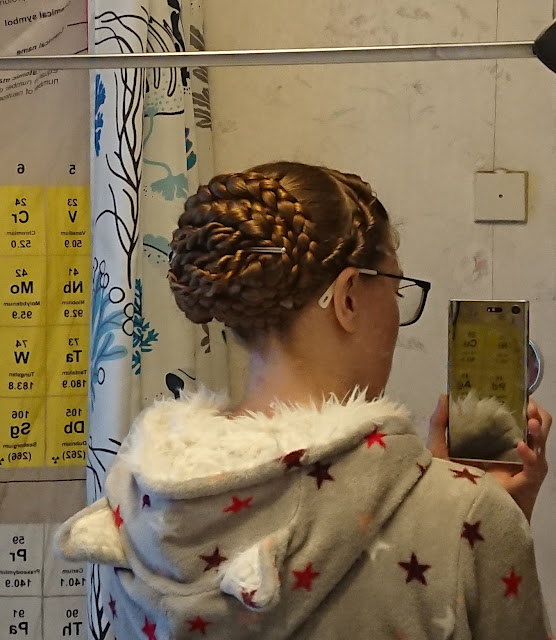 You can't tell because of the massive Chinese bun, but there is two hidden Dutch braids under it! 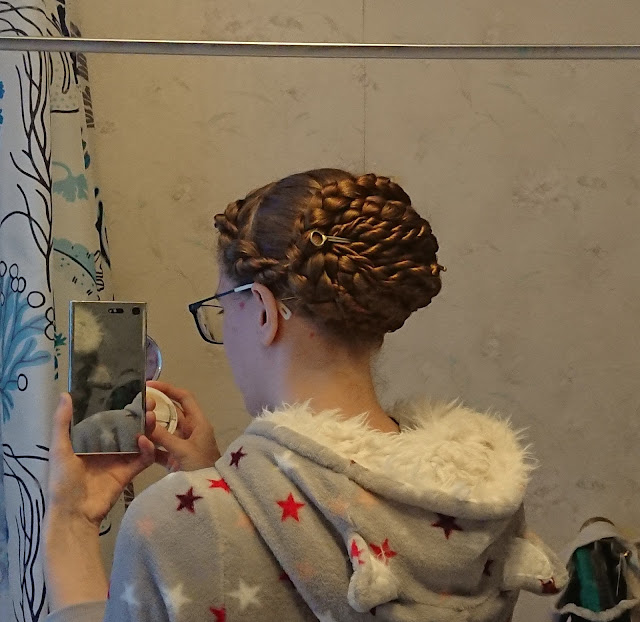