The original painting is from the Gallery of beauties and she was 19 years old (And had been married for 3 years, had two children and lost both already) when the painting was made.
Her wikipedia page is pretty short and to the point, but I guess at that time, her story was quite extraordinary, because she did things that noblewomen just didn't. 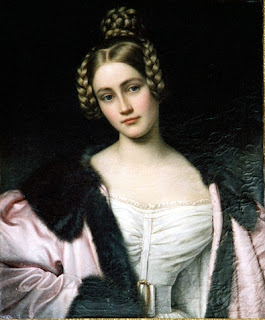 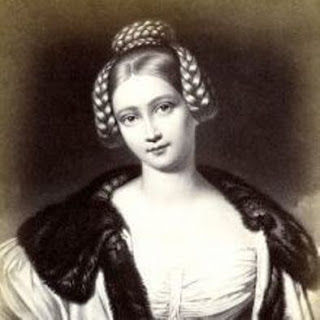 I have been trying to find a tutorial for her hairstyle, but with no luck. Since the painting is from 1834, it puts it right at the end of the time period you could consider regency. Her updo does remind me of the typical regency hairstyles, but instead of the front pieces being short and curled, hers are braided. It appears to be parted in the same place and shape as the regency updos. Also most regency updos seems to carry the "back bun" a lot lower. Most regency styles seems to have some sort of decoration, but this is in the end of that period, so the style could be changing...

Here's a Torin tutorial for a more classic Regency updo.

I did find one tutorial where Caroline's hairstyle is referenced, but here they say the finished updo was "inspired by" her style (In Swedish. Not sure how helpfull Google translate will be for those who don't speak Swedish). I think what they did at the neck probably is inaccurate when you look at the thickness of the braids? It looks like the back braid should be proportionally thicker than the front parts, at least in the original painting. 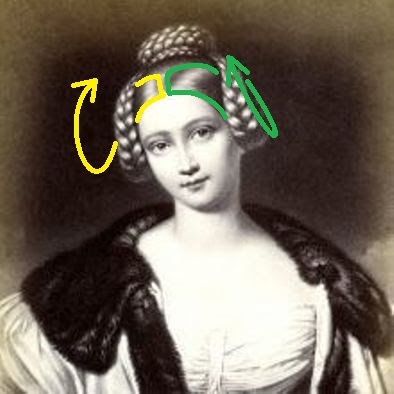 I think it's easier to see what was done on the reproduction of the original painting.
The hair is split into two front pieces and one back. The two front pieces (green and yellow) and braided straight down, then looped forward and back to meet with the back braid.
Now, what was done with the back piece I can't really tell. My best guess is a simple braid started off really high, then turned into a bun holding the two front braids down. The original painting and the reproduction both do have some thinner braids at the base of the bun, which might be coming from the front pieces?

I'm going to look around a little more, but since I've had no luck finding an accurate tutorial so far, I doubt I will be lucky...
Posted by Lady Igor at Friday, July 13, 2018 4 comments:

The axe in action

The AKCwoodworking axe stick was one of my favorites when I received it, but in action it seems that the "blade" part drowns somewhat in my bun? 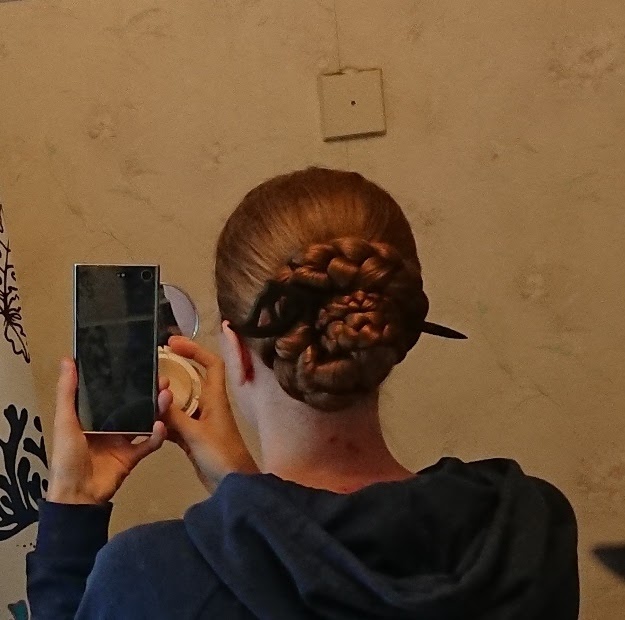 I was poking around youtube to look for tips on the rope braid so I can do it on my own hair, when a tutorial name caught my eye: Dragon braid.
It just sounded so cool, I had to check it out.
It turns out, it really isn't a braid though? I guess only in the loosest possible meaning.
The result does look really cool, but I don't think it would be something I would actually want to try on myself. It looks like the "braid" will lack some stability, and I don't like the idea of having so many little elastics so close to my scalp.

This tutorial here was the best and easiest understood I found:


So again, I talked a coworker into letting me try on her hair.

Good thing
Coworker absolutely loved it. She has rather thin hair and really loved the "fattening" effect it had on her braid. She said she felt really cool with it in.

Bad thing
I'm not so impressed. I mean, it does look pretty cool.
But, I don't think you could tell this apart from a regular old Dutch braid from a distance. And it took a lot longer to create than a Dutch braid. Even with some more experience and training in making this, this "braid" would still be very time consuming to make.
Also I felt like I struggled quite a bit to keep all the parts separated when I fed in new parts. I think it really shows too: The separations should be way sharper and cleaner.
And personally would have to redo it so I could actually sleep on it.
So...Not impressed. 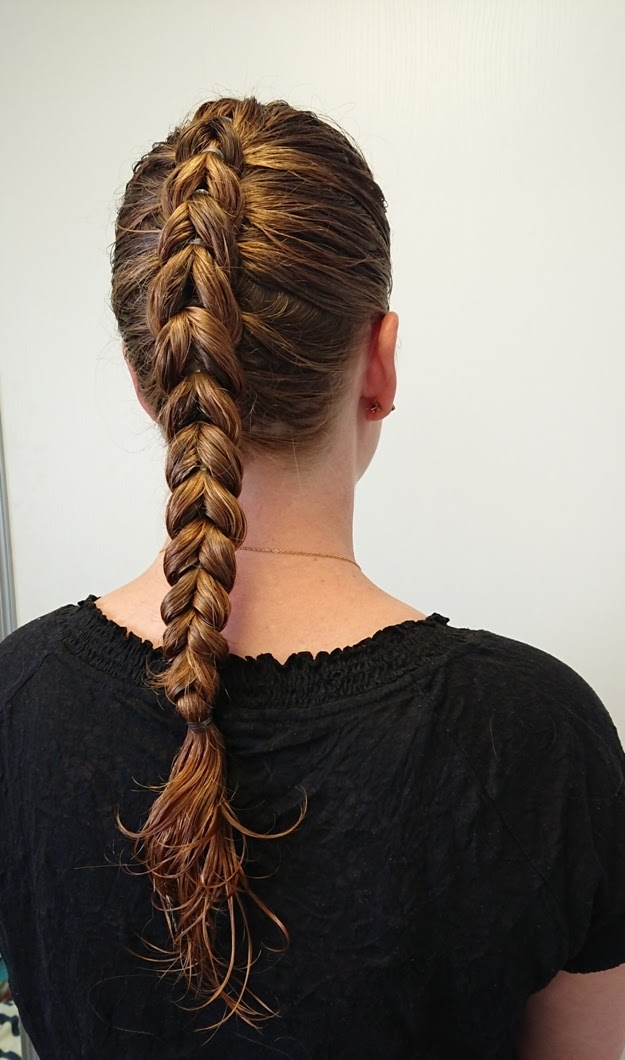