Well, this will be long. And whiny.
Apologies to those who feel like reading it.
And to everyone who understandably skips it, it is simply an explanation for my semi-absence.
It has taken way more of my energy and will to live than I like to admit.

I trust everyone know by now that banks are pure evil and will happily bring the world to a ruin just to make more money, right?

I had a small loan in a Danish bank for a combined purchase of a great laptop and an apartment I lived in with an ex boyfriend.
It was a small one too. Even with fees and interest it wasn’t a lot. In fact, out of everyone I know, only one person doesn’t have any loans, and out of the rest, mine was the smallest.
I couldn’t imagine so much trouble could come out of so little money.
Some months back, my bank suddenly emails me that they want a bunch of documentations from me. And I do mean a bunch: Scans of my driver’s license, passport, ID, tax documents for last year, a whole list I can’t even remember.

I’m naturally confused and start gathering it all up. But oops, my passport is expired (Haven’t travelled to a country where I would even need it for about two years so I simply didn’t think about it. I guess that’s the problem with the EU, hah.) and there is this one document I can't get out of the government self-service website. When I log in there, I have to pick what county I live in in so naturally, I can’t get it out.
I was confused over the sudden demand from my bank already, so I decide to call them and inform them about the passport, the paper and ask what the whole thing was about anyways.
Big mistake. I don’t get any information. At all. Instead, they simply lock down my account.

I now can’t access my account, take money out or even pay any bills.
Luckily all my monthly bills go to the auto pay system and my Hubby can cover expenses at home. Very luckily indeed, or my bank would have completely screwed my life up and I would probably be homeless by now.
I inform them of this. They don’t care.
“My” bank lady sort of just avoid answering anything and keep telling me the same shit about how “She understands and will see what she can do, but she have to ask her supervisor.” Right. We all know she just takes a 15 minute coffee break and then return with a fake sympathy and “I’m so sorry but he said no.”

I call and email them almost daily but they don’t pick up and I don’t receive any answers to my questions. I ask them if it would solve the problem if I pay more off per month, if they could switch me to another account type, et cetera et cetera. It is all ignored.
I’m honestly completely bewildered at the whole thing. I have paid off my interest and fees dutifully every month. In fact it’s been running over the auto payment system, so it has never been even an hour late.

Finally they threaten me with a debt collecting firm if I don’t pay the loan back right this second.
Because, obviously people who have the option of paying off a loan from one day to another actively choose to pay fees and interests, right? It is just because people enjoy having a loan in a bank, right?
I’m pretty sick and tired of their shit and reply with “Fine, do that.” Because I just cant imagine a debt collecting firm being worse than the treatment I’ve received from the bank so far.
But oh, no, they can’t “just” do that. They have to send me, multiple, multiple warnings over the next couple of months while my account is still locked down. Because, you know, that’s the law. Or something.

In frustration I complain to my dad about it.
My dad tells my mum, my mum tells my granddad.
My granddad decided to interfere.
He likes to do that a lot. I can tell you many, many stories that are far more amusing than this one about his “helpful” interferences.
My granddad calls the bank.
The bank has absolutely no problem dishing out my very personal information to some more or less random person who calls them and claims to be related to me.

The supervisor to “my” bank lady tells him that:
A) We have had a dialogue about this.
What? Where was that dialogue? They told me to give them a bunch of documents and after that, refused to answer any questions.
B) That we have had said dialogue for the last half year.
What the actual fuck?
And C) That the problem is, I’m no longer a member of the union that is part owner of the bank.
Huh. I haven’t been a member of that union for… Dunno, years? And it hasn’t been a problem so far. But all of a sudden it apparently was, and they can’t be bothered to explain this to me?

And how exactly had they imagined I could become a member of the union again with my account locked down?
Or, was it rather that they don’t have any interest in actually solving this problem?
Luckily my granddad thinks the bank supervisor-guy is “Full of shit” and “Annoying as seven hells”.
My granddad decided to pay my loan out for me so I can switch banks.
Thank you granddad!

The greedy, evil bank charges him about 1000 kroner (Around 135 Euro and 175 USD for my international readers) extra for… I honestly have no idea. I honestly wouldn’t be surprised if there was a fee for finishing your loan because uh-oh, now they wont make money off the interest anymore! Poor them!

Today comes the punch line:
My phone bill has just been paid with the auto payment system and since I have been on the phone so much trying to sort this out, it pushed my account into minus… Prepare to gasp here… 44 kroner. That is just under 6 Euro and almost 8 USD. Gasp!
After not having heard a single word from them for like a month, not even after my granddad paid the loan off, I now receive an email from them asking to pay the overdraft. 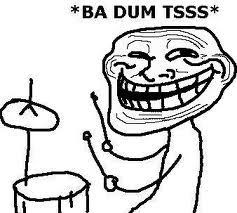 I could use bank opinions though: The bank I’m moving from is Lån og spar bank and I’m considering Nordea (Have heard a lot of bad about that one actually, but they don’t charge for taking out money in Nordea ATMs and since they are all over Scandinavia and I travel a lot between Denmark and Sweden, it might save me some money) or Handelsbanken (Because it has great ratings on Trustpilot and I’ve heard a lot of good about them.)