I did something creepy

I saw this woman on the bus the other day. And I snapped a picture of her hair.
Bad. I know.

She was obviously a longhair like me, but I couldn't decipher for sure how she had put her hair up.
Also, what is that hair stick? It honestly looks like some sort of skewer stick more than a real hair stick.
I'm super impressed she could hold her but up with such a wimpy stick! 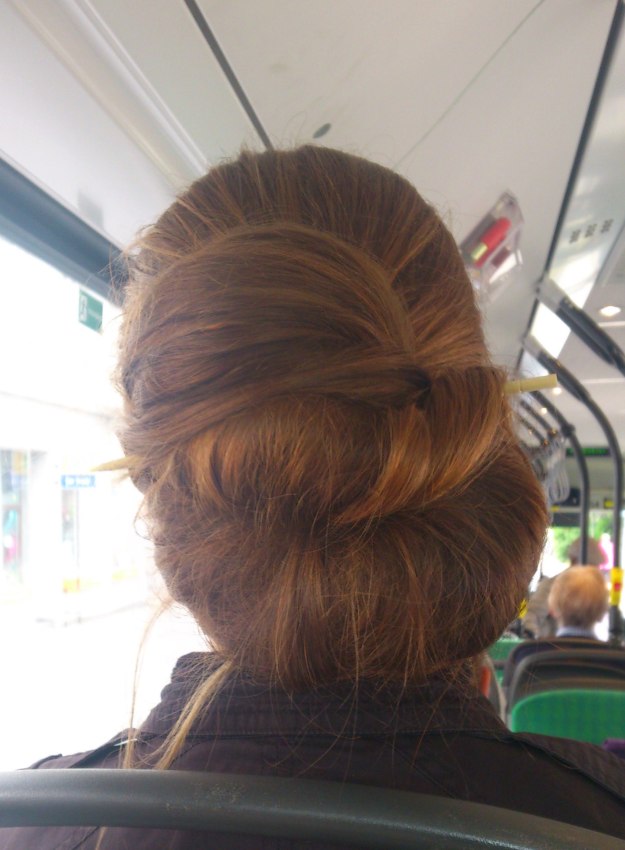 So, here's what I think she did. 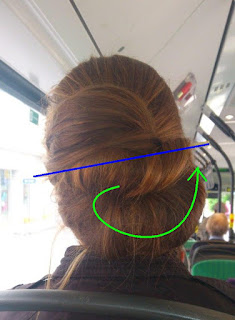 From how thick the lower roll is, I'd say this was the beginning of the tail.
So I'm guessing she first put her hair in a ponytail, then inserted the stick through it horizontally.
Then, I guess she rolled it  up around the stick.
But it looks like the lower part goes the entire width of her bun? So where does the ponytail start?
Did she start coiling left first, then pulled it right? 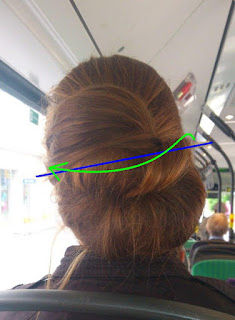 The next part I'm more sure about: It looks like the tail has continued above the hair stick, but has been pressed downwards by the last bit... 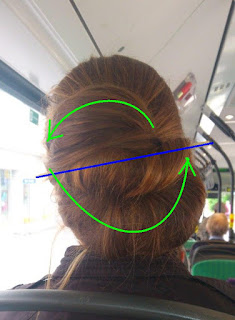 ...Where I guess she used the ends to loop around the bun between the bun and the back of her head?

It was a really nice style and I would like to copy it.
But I cant figure out the beginning of the structure.

Any inputs from my readers?
Posted by Lady Igor at Friday, August 28, 2015