And... Holy crap, I didn't think I actually ordered this much?
But spread out on the floor, it took up a lot of space. Hmm!

I'm pretty unhappy with Testerkorea right now: It took over a month to show up. of course this is fair enough for such a haul, but it turned out the delay was caused by a single facial mister that had been discontinued. Not out of stock, discontinued. TK didn't know, or react to this until after I contacted them. Sloppy stock-control like that just pisses me off. it's just plain laziness or not having a system implemented.

I think I will try RoseRoseShop next time... 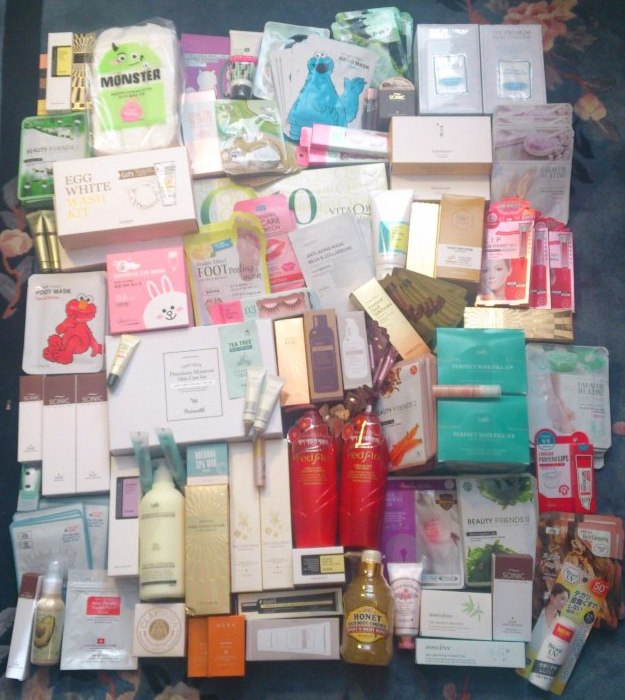 Unfortunately, it turned out I don't tolerate Tonymoly's Goat milk series at all. This is one of the items I was really looking forward to try, but after using it twice, my skin was pissed off and full of comedos. Judging from the "scorched" feeling and reaction, I think the problem was a too high pH and a too heavy formula. I gave it away to a college who was surprisingly happy to receive my leftovers, lol.

I thought this was pretty interesting too: I don't tend to order a lot of haircare products from Korean sites. As superior the skincare products generally are for my skin, they seem a bit more "Meh" compared to western products. But, I did pick up a few ampoules, some scalp scalers, a single leave in conditioner and a few regular conditioners... 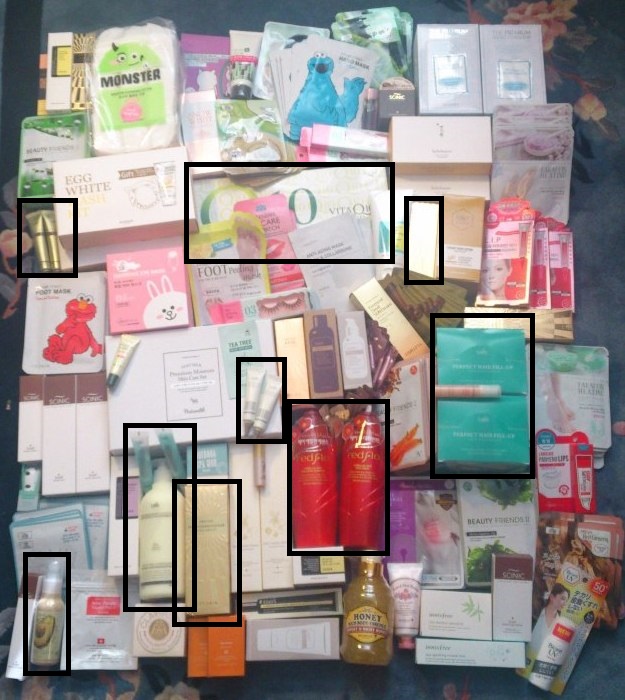 Email ThisBlogThis!Share to TwitterShare to FacebookShare to Pinterest
Labels: The Bathroom, The Toolbox