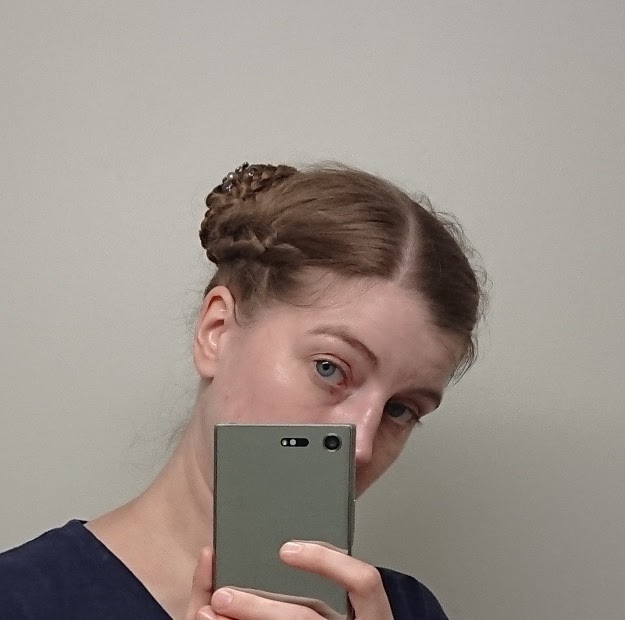 Still having the 8 little braids in, and thought I would give it a try with Flexies instead.

Not entirely pleased with this either: When using a Flexi instead of a fork, you have to use the Nautilus bun type instead of just wrapping it around like a cinnamon bun style.
This means you get a lot of "inside" on the bun instead and then you get that cannonball effect instead of a nice, flat bun. 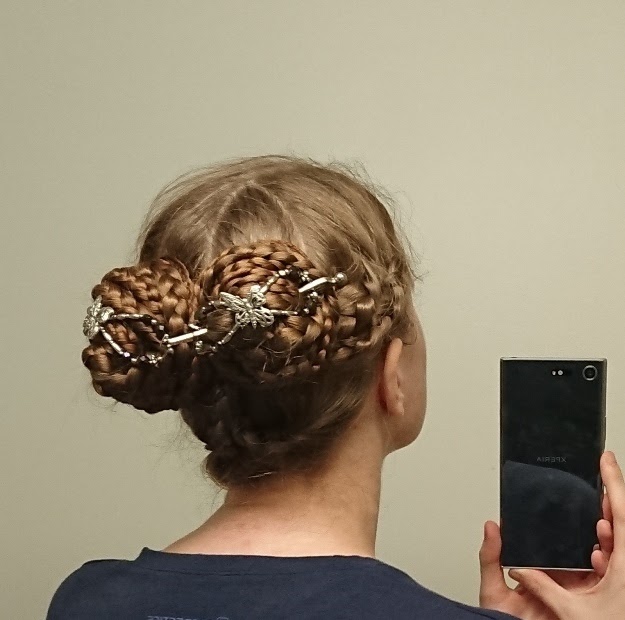 I think maybe I could get the effect I want with 4 little braids instead? 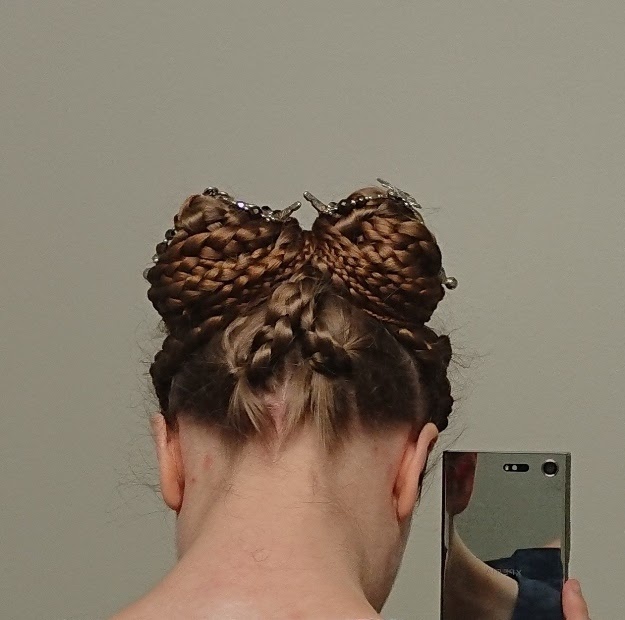