My comment about the Ellingwoman being more stable than the Nautilus bun the other day gave me an idea.
So, here goes...

Hair is in a French braid. 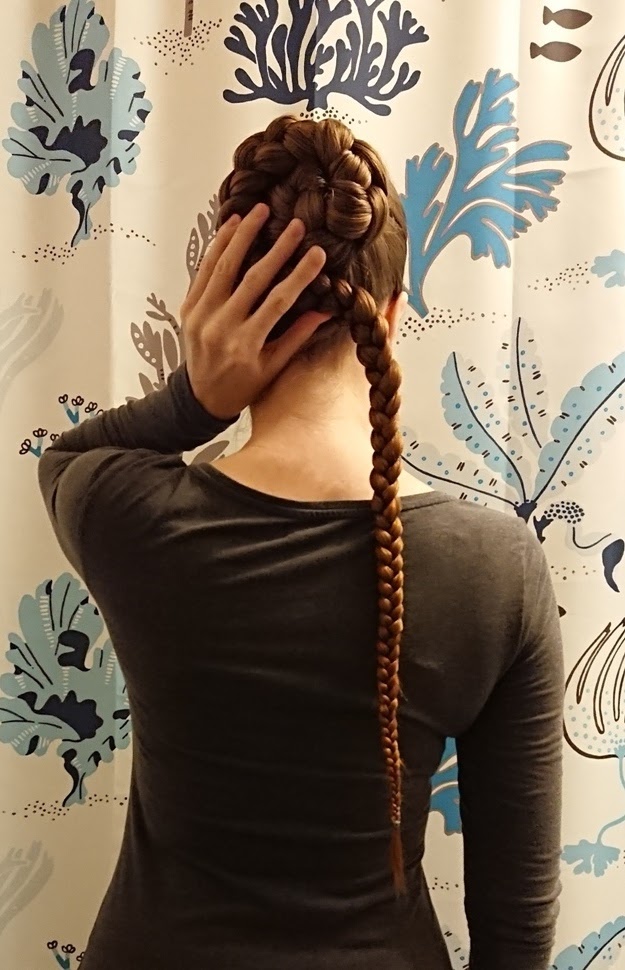 Create a loop like for a regular Nautilus bun. 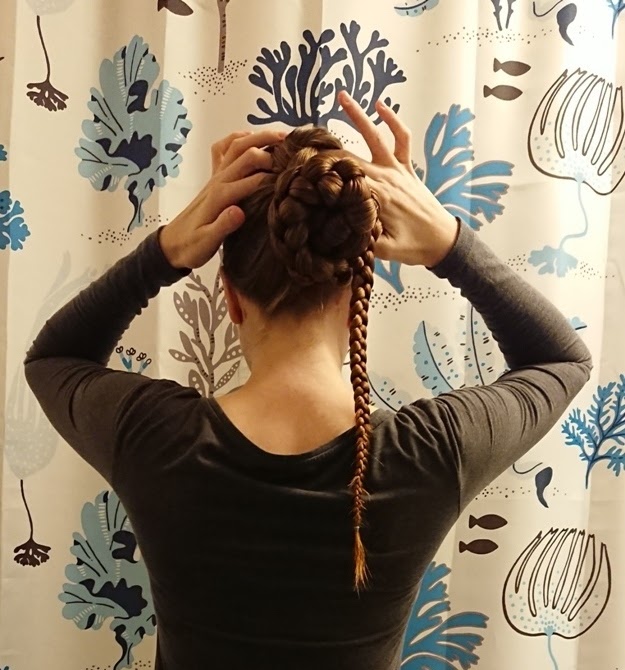 Poke fingers in under the French braid part. 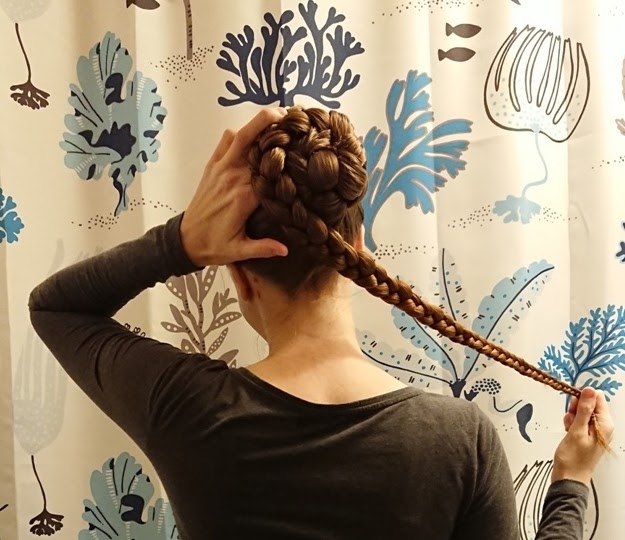 Pull braid in through, under the loop and under the French braid-part. 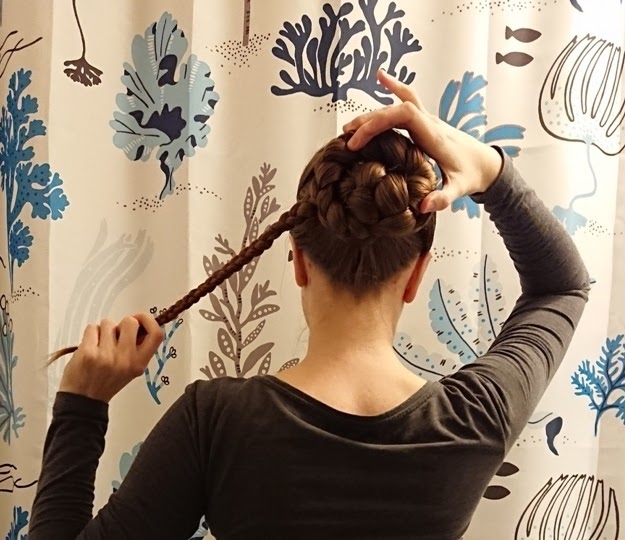 Adjust loop size and pull a little more of the braid through. 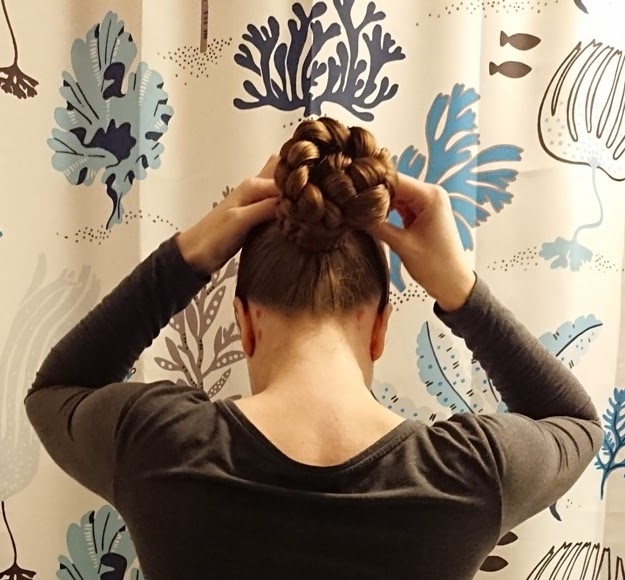 Keep wrapping around the base of the braid and pulling through the French braid in the same spot. 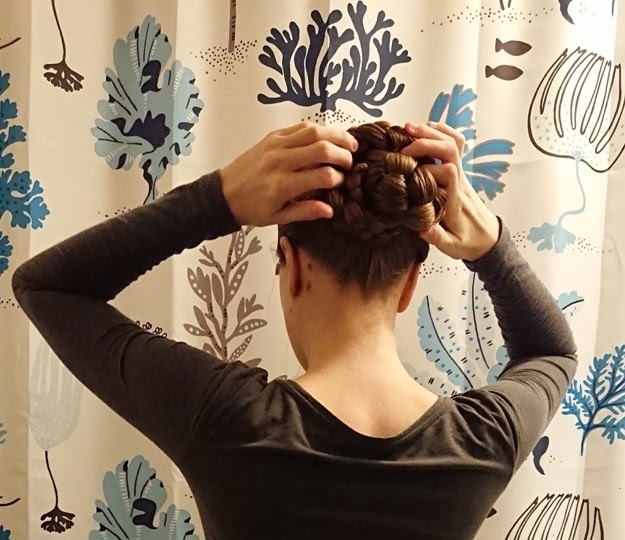 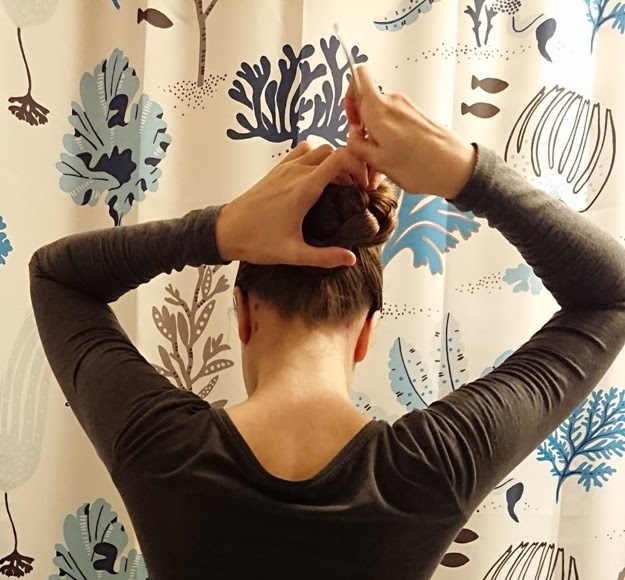 Put tool in between outer loop and inner parts. 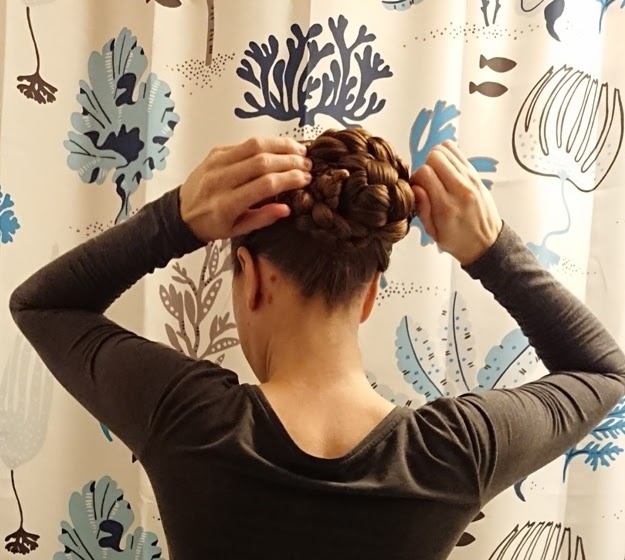 Push tool out again between outer loop and inner parts. 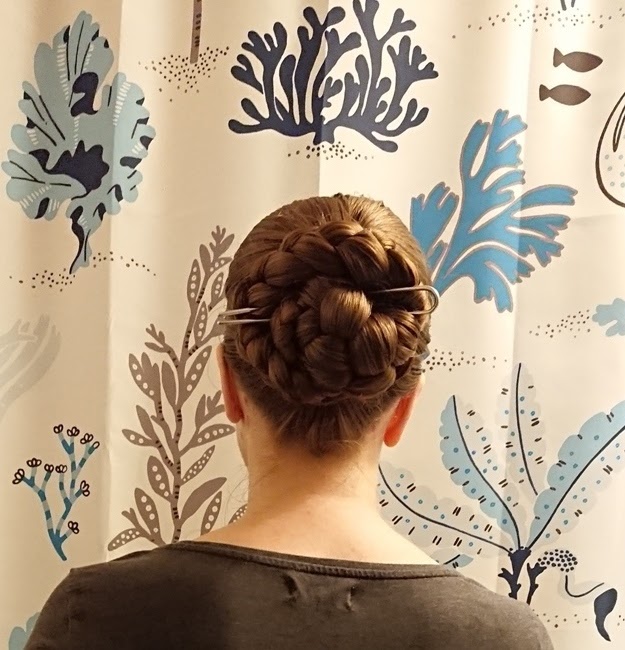 Done!
This was super comfortable and stable!
Also, having the inner braids "hidden" under the French part allows the braid to show better. The bun looks "cleaner".

Compare this to a regular Nautilus bun: 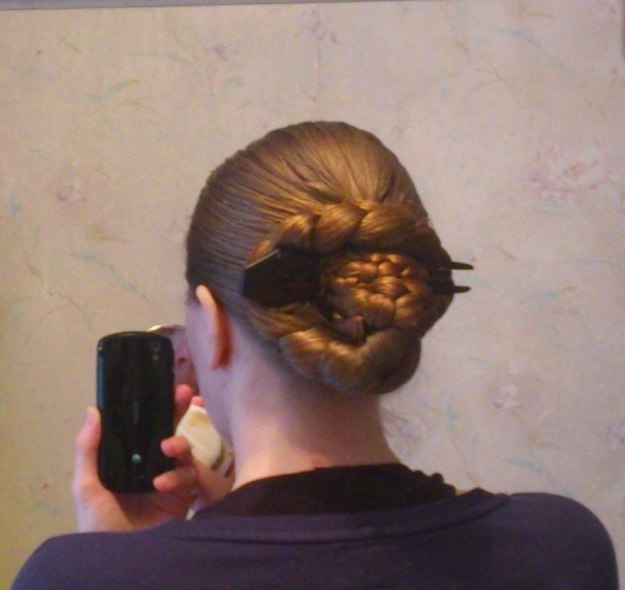 Here's my simplified paint-explanation to show what happened: 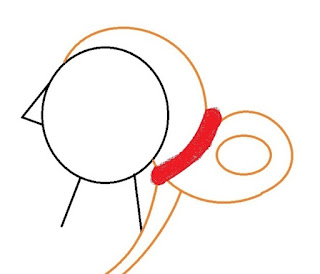 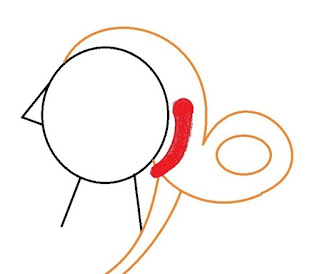 By pulling the inner loops (Red) in through the French braid, like the Ellingwoman bun, the inner loops are held up on their own. The outer loops (Orange) are the only part of the updo that needs a tool to stay in place. By pinning a tool in between the outer and inner loops and out again on the other side, you create an extremely secure updo, because you anchor the outer loops to the already secure inner loops.
Posted by Lady Igor at Wednesday, December 20, 2017

Email ThisBlogThis!Share to TwitterShare to FacebookShare to Pinterest
Labels: The Dressing Room, The Library