A while back, I bought a Head and Shoulders shampoo to help with my seasonal dandruff. I've been putting off writing a review because I wasn't so impressed.

I used it twice and... It was okay, I guess?
It removed the flakes, but not more than any other shampoo or CO wash. And the flakes returned at the same speed as usual. 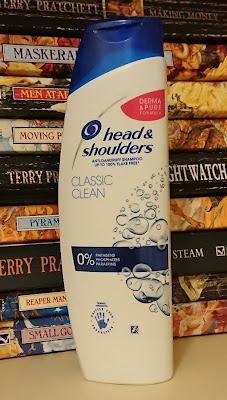 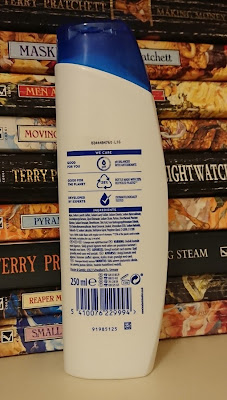 Now looking into the ingredient list, I found something weird: My Head & Shoulders Classic Clean has a completely different ingredient list than any other Head & Shoulders Classic Clean ingredient lists I found online. I found one list at an Aussie blogger, some US webshop sites, a Canadian webshop site and of course a list at Korean COSDNA. None were identical. They started off pretty similar, with the first 5-7 ingredients being the same, but then differed. COSDNA didn't even recognize it as a Head and Shoulders product. Odd. Euro zone regulations for the ingredients maybe?

Here is the US version:
It has Zinc Carbonate listed as ingredient #5.

But wait. It get's weirder.
The active ingredient according to Head and Shoulders themselves is Pyrithione zinc and the shampoo is supposed to contain 1 % of it.
Now, I've been staring at this ingredient list for longer than I'd like to admit, but I just don't find it. In fact, find nothing even related to zinc in it.

Nope, the dandruff-fighting ingredient is just not there.

So what's my takeaway from this?
Simple: The Eurozone Head and Shoulders Classic Clean shampoo is not an anti dandruff shampoo. 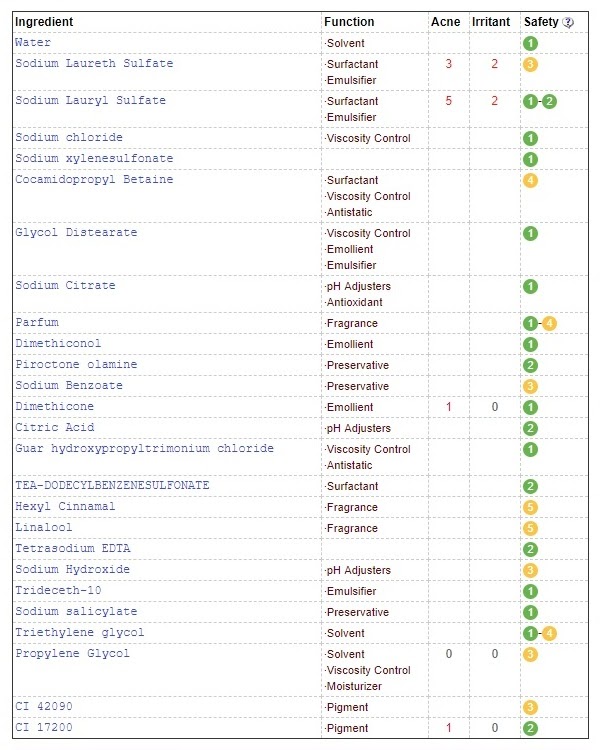 26 ingredients in total
For acne-triggers, we have one 5, one 3 and two 1´s. The 3 and 5 are ingredient number 2 and 3. And I'm tempted not to include water here, which would make it ingredients one and two!
For potential irritants, the same two ingredients score a 2 each. Also not good.
Safety is fairly decent though: 16 greens, 8 in yellow and 2 in green to yellow. 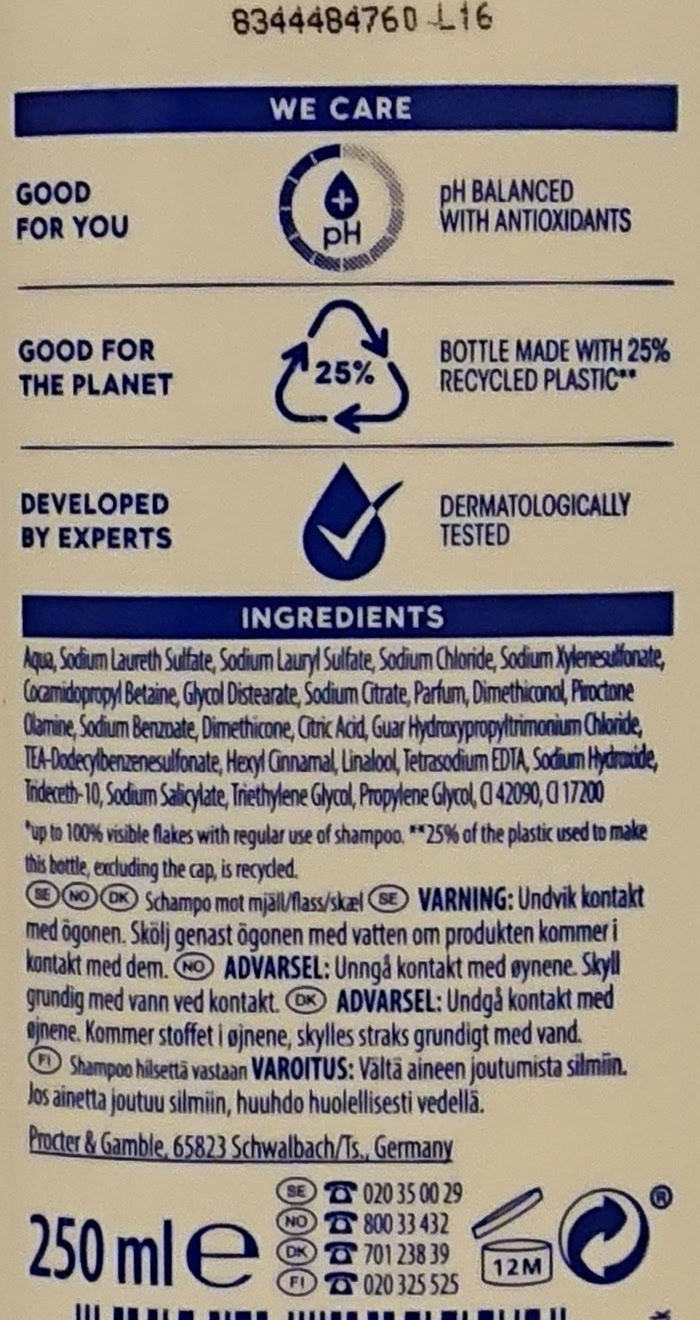 But the main problem is in the Sodium Laureth Sulfate and Sodium Lauryl Sulfate.
This is not even a nice ingredient list for a normal shampoo. This is harsh and irritating.

Sodium Laureth Sulfate is the first cleansing agent on the list, and milder than the Lauryl-version. Common abbreviation is SLES.
Sodium Lauryl Sulfate is the infamous harsh cleanser that can be used to de-grease engines. It's a detergent and foaming agent and often abbreviated as SLS. It is simply unnecessary in a shampoo, when there are so many gentler ingredient options.
Sodium Chloride is good old table salt to thicken the formula.
Sodium Xylenesulfonate is a surfactant stabiliser.
Cocamidopropyl Betaine is a surfactant, hydrophilic thickener, cleaning agent and foam booster, which seems really unnecessary after SLS and SLES?

So on the ingredient list we have:
4 preservatives
3 fragrances
2 pigments
Yea... This seems necessary?!

In conclusion: The Head & Shoulders Classic Clean shampoo found in the Euro zone is not an anti dandruff shampoo. It's simply a rather harsh and irritating cleansing shampoo.

Be aware. Everyone in the Eurozone, check your ingredient list. You might not get what you paid for.
Posted by Lady Igor at Wednesday, April 24, 2019