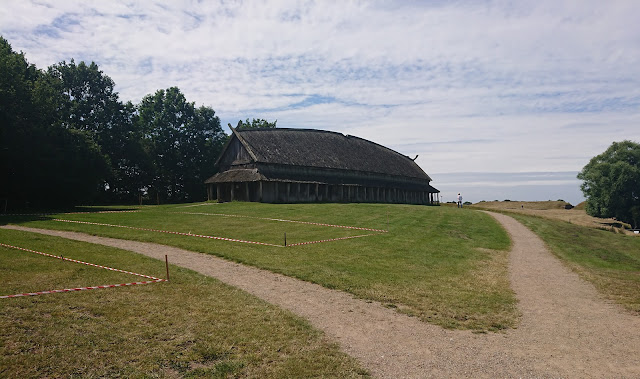 Continuing the history nerding: I went to Trelleborg (The Danish one, not the Swedish one) with author-friend, engineer-friend and Mr Igor and came home with some nice souvenirs.
The weird poles and striped markings are from the museum setting up for a viking festival that we would miss by two days. A shame, because it looked like it would be huge when it were set up. 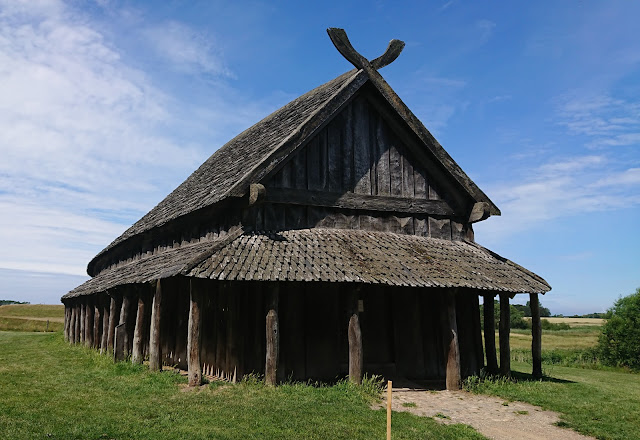 Trelleborg was a fortress set up by the first commonly accepted king of Denmark, Harald Bluetooth  around the year 980. He united the various warring tribes into a country (Which is why the technology is named after him), and the borders of mainland Denmark has overall been remarkably unchanged since. 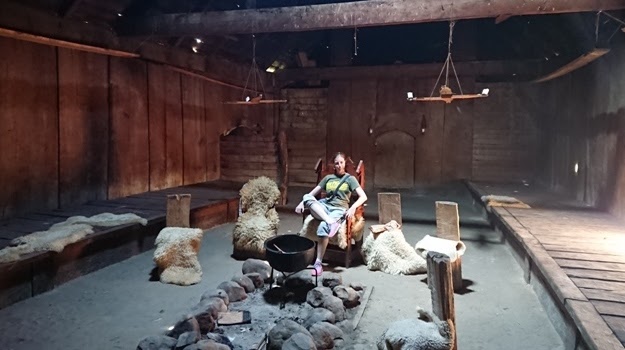 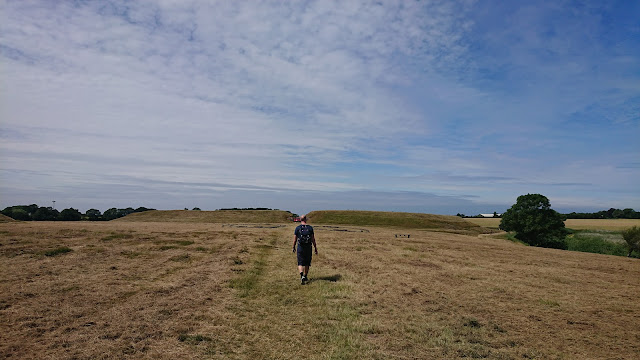 Following Mr. Igor out to the ring fortress.
Because of the festival approaching, there were quite a few cars and workers around to cut grass and do maintenance. It really ruined the view and impression! 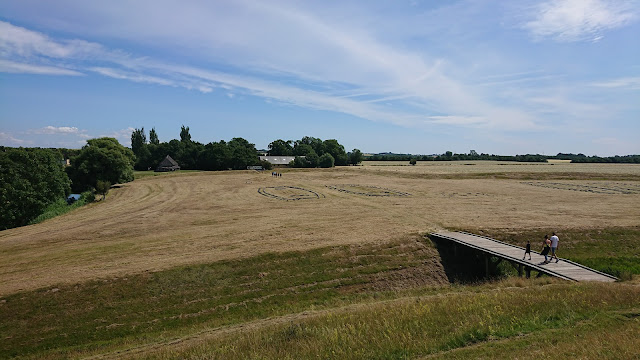 Here is one of the few good pictures I got, where I stand on top of the fortification and look back towards where I took the previous picture. You can see the bridge over the ramparts, the stones marking the placement of longhouses and the reconstructed longhouse in the back.
Amazingly it looks like both rivers have barely moved their position for the last 1039 or so years! Today they still line up with the fortification really well. 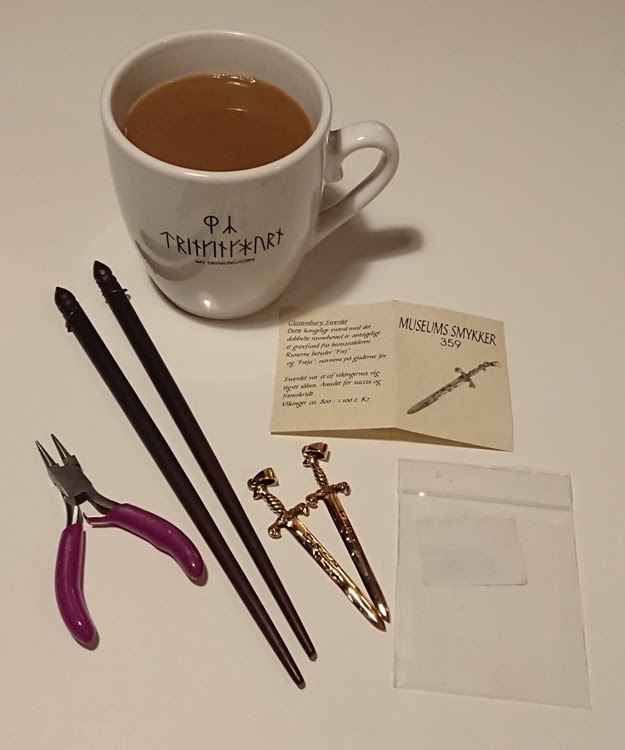 Anyways. I bought myself a new coffee cup. It says "My drinking horn" on it and I had to have it.

I also bought two little bronze sword dangles based on the Glastonbury sword.
With a little bit of force, I turned them into sword dangles for two hairsticks I removed the original dangles from long ago (Cheap wooden "beads" that kept getting stuck in my hair) Much better! 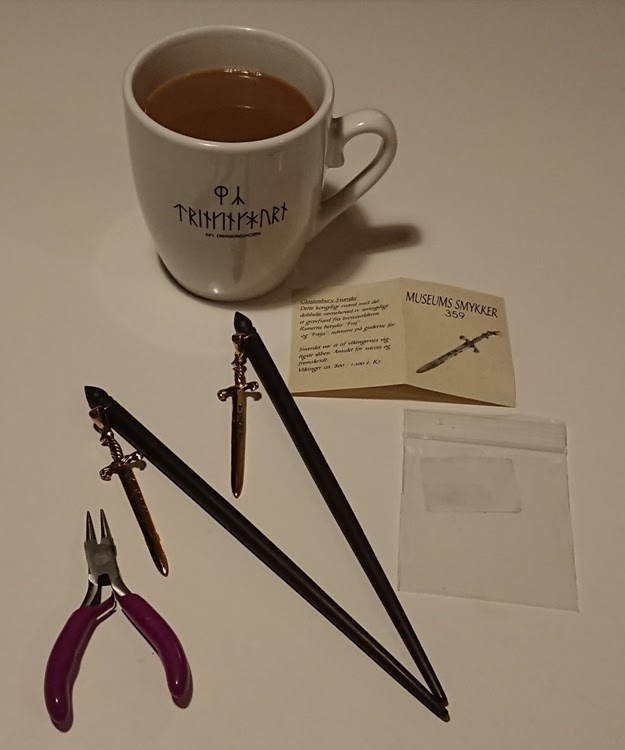