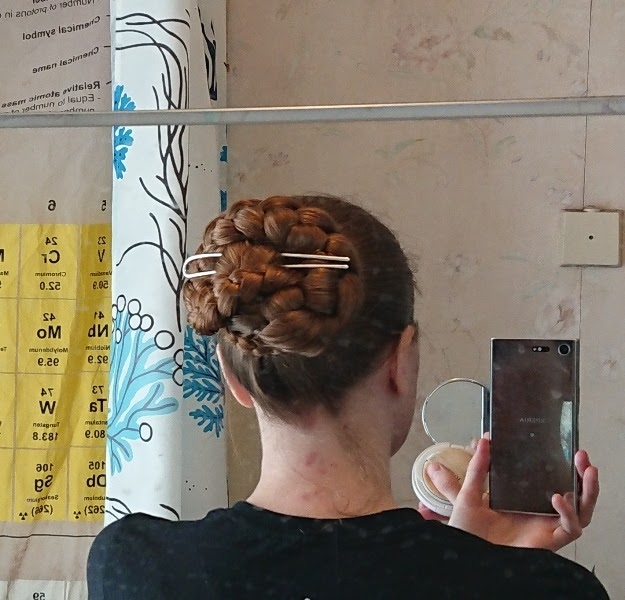 I really like this bun!
It's very flat and creates a good silhouette. It's very comfortable. And as opposed to the nautilus bun, it shows off the thicker part of my braid, instead of the thin ends.
But it really needs that French "layer" instead of a plain English braid to avoid that "blob" sticking out in the middle.

But... What should it be called?
Pretzel bun is already taken and it's not really an infinity shape either (Also taken).
Overhand knot bun? Omega bun? (I feel like the omega symbol would come the closest to describing the motion I do to secure the bun) 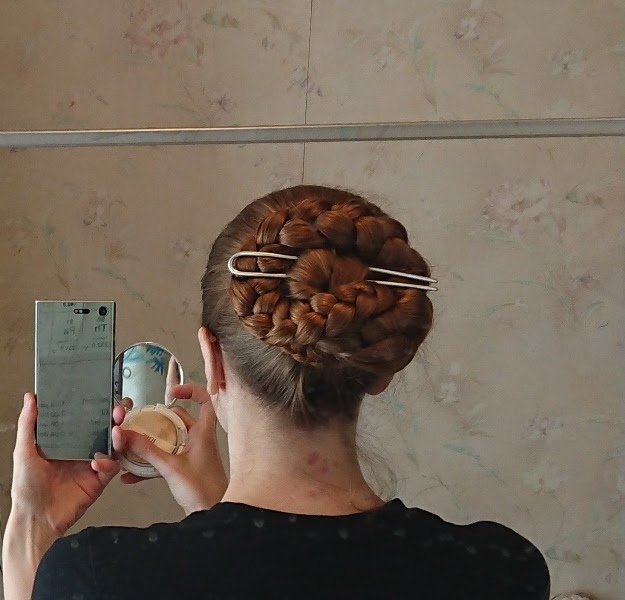