Yesterday I was wondering if there was some sort of updo I can do, that for some reason slipped out of rotation. And there is: The sock bun. 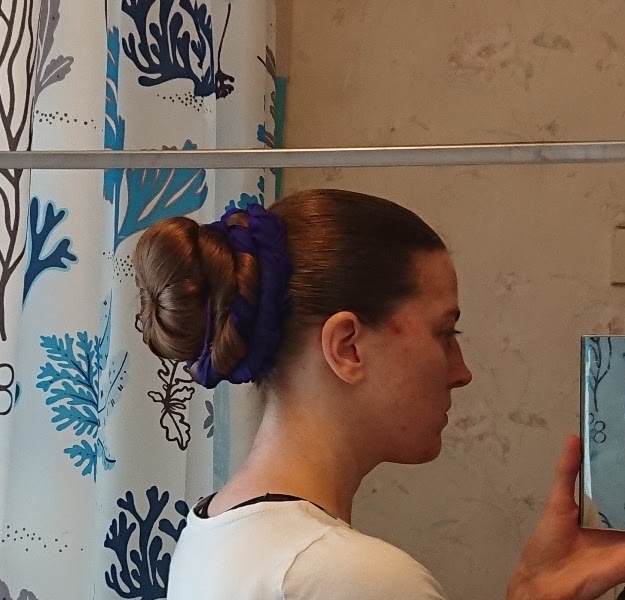 I thought it had slipped out because it's not on a braid base and therefore needs more time in the morning. But as soon as I had put it up, I could feel the construction sliding. Even though it's based on a ponytail (Two elastics for added stability) it was quickly uncomfortable. 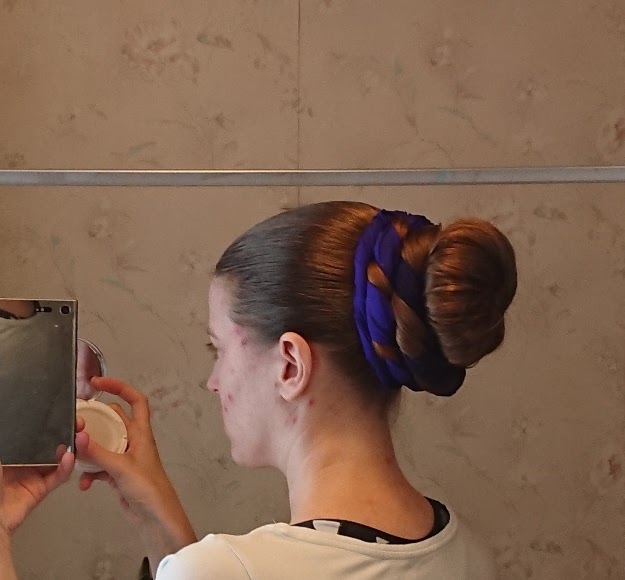 So I took two Ron Quattro pins and nailed the hair donut to the elastics inside. That solved the stability issue, but also felt kind of stupid: If I wanted to do an updo that was held up by pins or sticks, why not make some other, any other, updo? 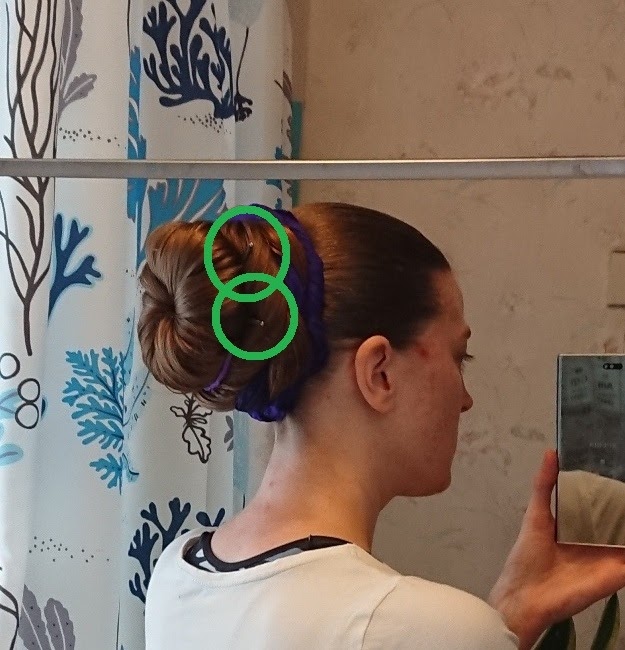 Even though the pins are super discrete, it still annoyed me. 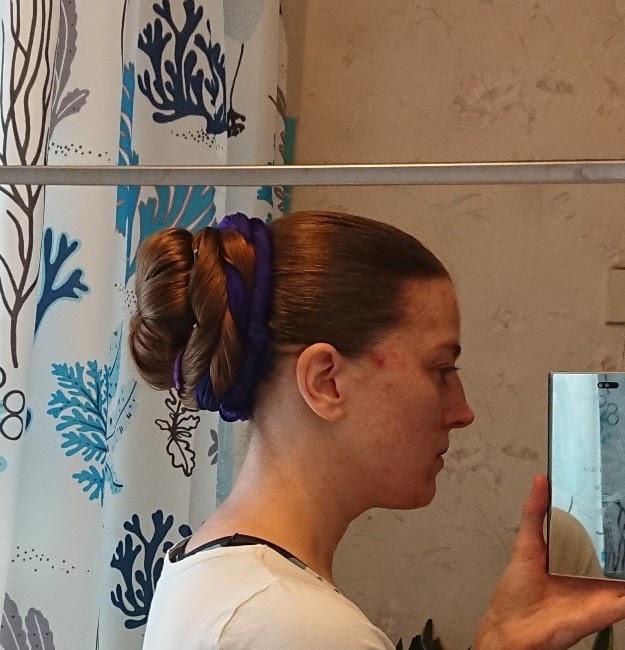 A sock bun does end up as a massive head-eating bun though!
Even hubby who is used to seeing my hair commented on the size of it. 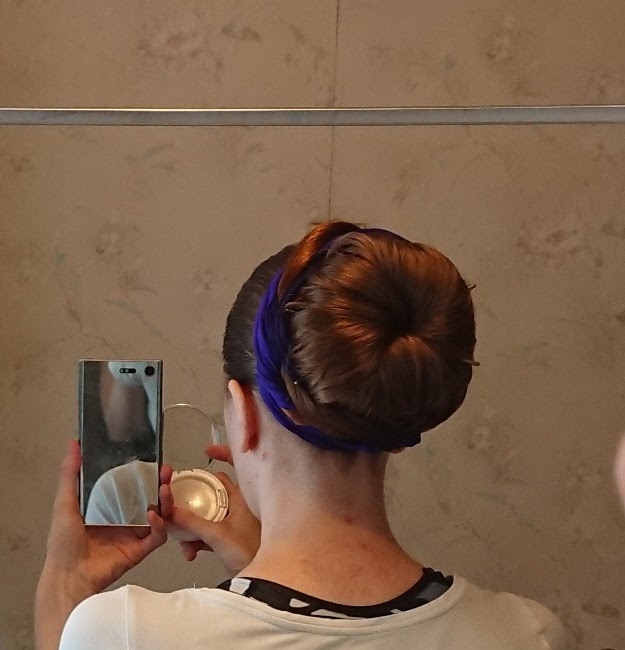 The sock bun is really a head eating monster bun!