Curse you, Memebox!
So I received a mail today: Memebox is making me and all other V.I.P.’s a pre-sale offer on a new princess series.

9 USD off on all 3.
Plus 5 USD off on an affiliate discount.
Plus free upgrade to express shipping.

Yea, I’m only human and they do have a talent for pushing my buttons.

I hope you all weren’t kidding, because it looks like you have a lot of Memebox-reviews coming.

My Memebox order with the hair and body stuff arrived too. 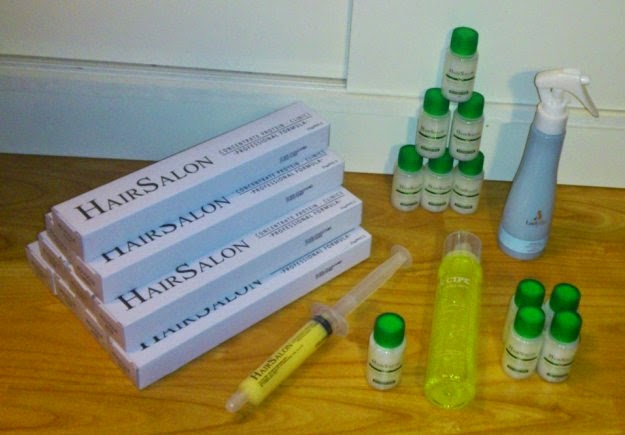 One of the things I’ve been inspired by with the Korean skincare routine is to carry around a mister to give your skin a shot of moisture on the go. First I ordered one from Avène, but that one had a shockingly high pH of 7,5! Way out of the healthy pH range for skin.
I also wanted one that held a little more “goodies” than just misted water, so I figured the Memeshop would be a good place to look.
So I ordered the Finco Tripple mist to carry around with me.
That one was pretty crap though: Too heavy, left a bunch of residue and the spray came out extremely unevenly. Not “misting” at all. Fail.

After poking around on the Memeshop for a bit, I found that the Re:cipe spray essence water had some seriously good reviews. (Yellow bottle in the bottom right)

So I ordered that one.


I only tried it once but I really like it: It doesn’t have the heavy feeling or residue that the Finco-mist has. I think this one will go in my shoulder bag.
It’s not supposed to work as a on the go-mist, but I will use it as such.

On a whim, I ordered an exfoliator too. The description on the Memeshop has some good ingredients listed. It’s supposed to be sprayed on, massaged in and rinsed off. (Blue bottle on the right is LadyKin aqua exfoliator for the body)

I liked the tiny little Boutique Bebe Hair Salon Ampoule I received back in July, so I ordered some more. I figure I will just dump one into my deep treatments from time to time.

The Esthetic House CP-1 Ceramide Treatment Protein Repair System that I received in the same Superbox was seriously good too. Really heavy hitter on the conditioning effect.
Memebox doesn’t seem to carry it in the shop though, but they do have something called Hair Salon concentrate protein – clinic 1. (Snort, such engrish. “Concentrate protein”?)
It looks about the exact same with the silly, gimmicky syringe, the white cardboard minibox and the text.
So I figured I would give it a shot.
Posted by Lady Igor at Saturday, August 16, 2014