I followed these instructions, but placed this at the back of my head instead of to the side. Compared to how much hair the bog bodies have, my knot would look ridiculously big and silly placed over the ear. 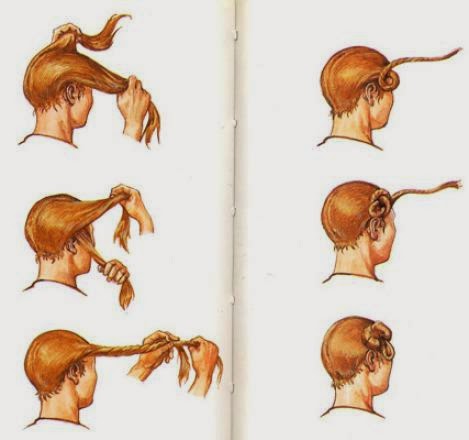 I had some trouble with the loop: Couldn’t entirely figure out how much length I should leave for it or how much tension I should maintain in the twists for it. 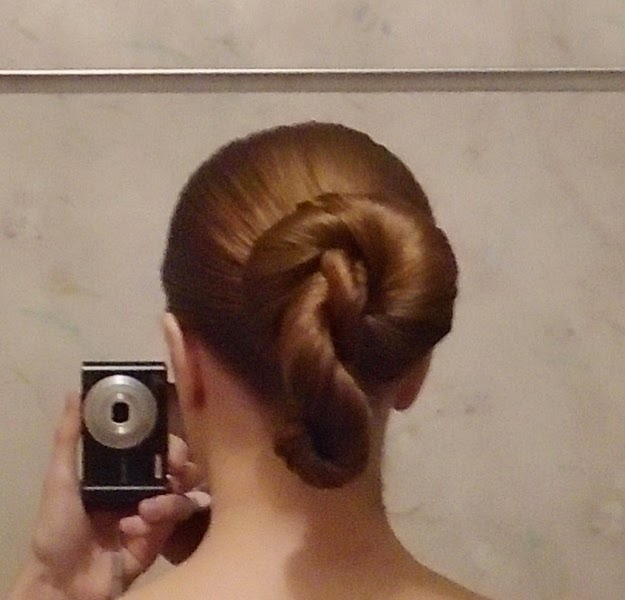 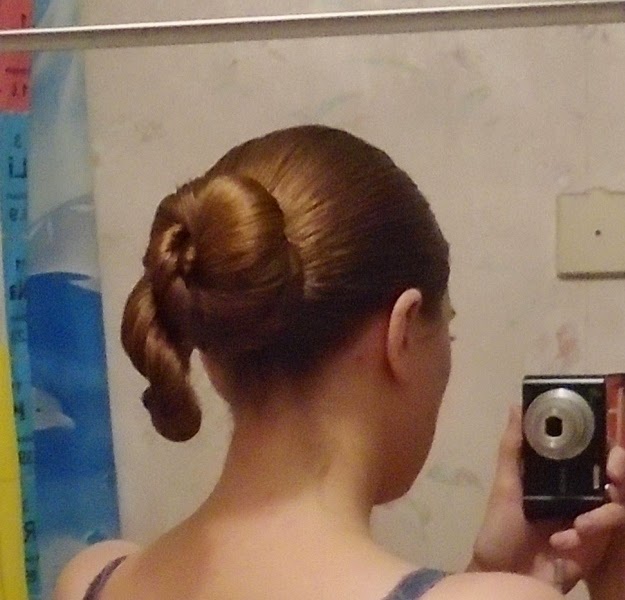 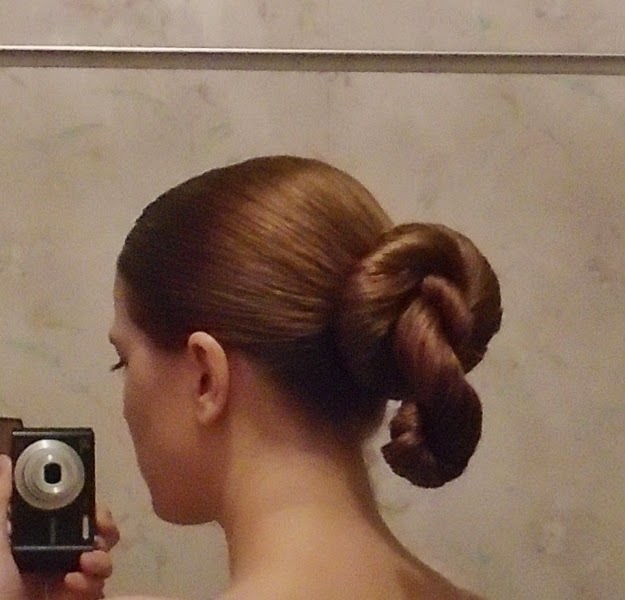 To my surprise, I actually liked the end result. Usually I prefer my updos to be way more “packed” and restrained, but this actually worked for me. 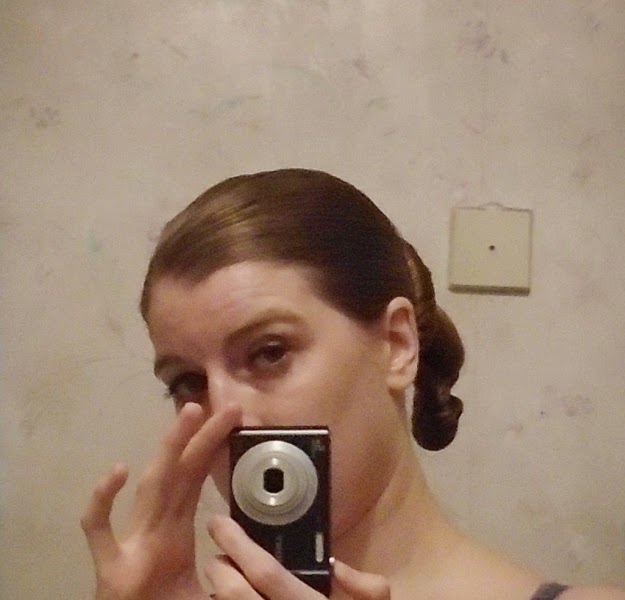 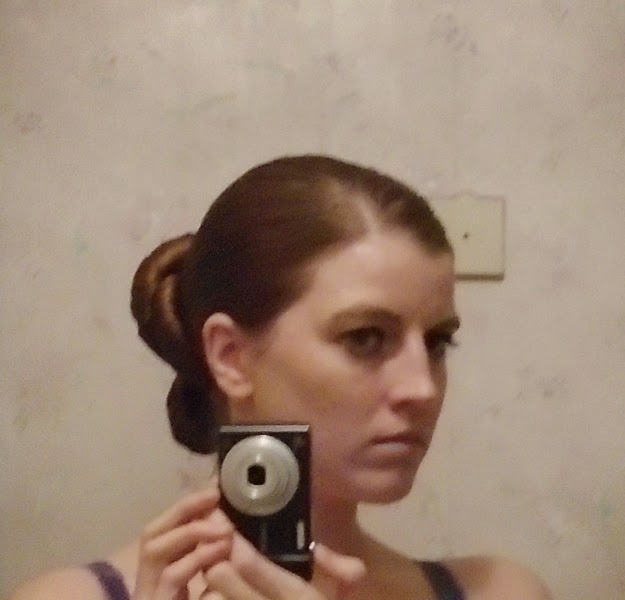 Especially surprising is the fact that everything is held up with just three hairscroos, and I could probably have held it just fine with two!

It holds up to my criteria for good hairstyles that I want to do again: It's fairly quick and simple, and easily distinguishable from any other hairstyles.

The loop made me want to try pinning it up. 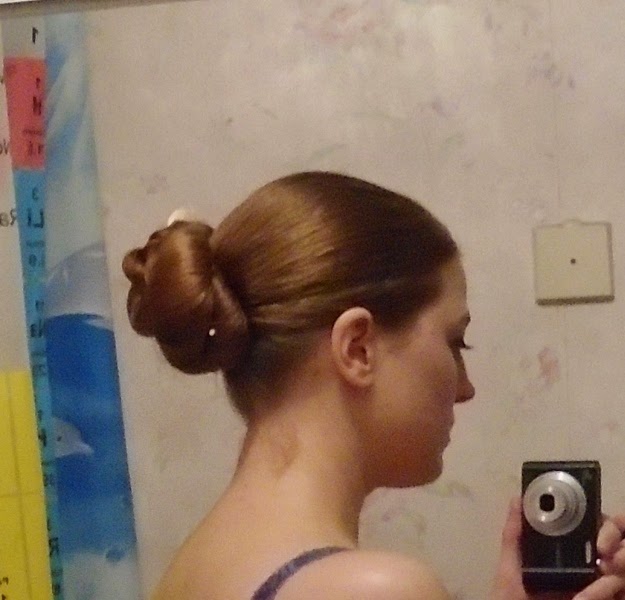 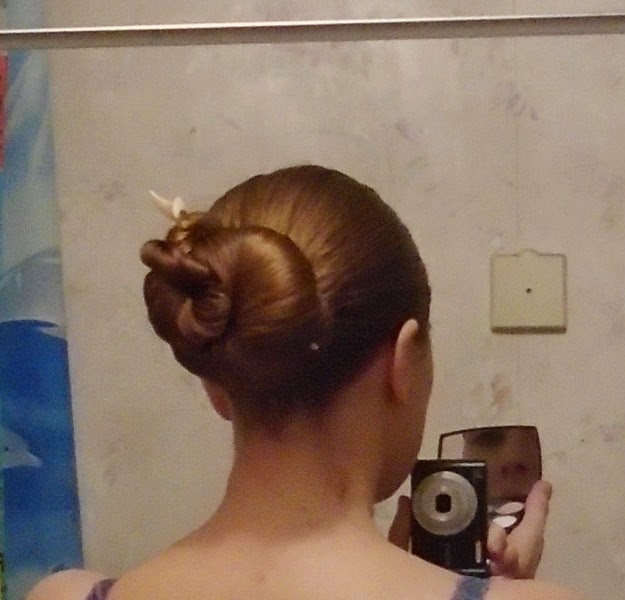 With the loop pinned up, it looks a bit like the Celtic knot. But the Celtic knot is one of those styles that doesn't really work for me because my thick hair turns it into a massive lump that's barely distinguishable from a slightly lumpy cinnamon bun.
This however, has more character and looks more interesting than a Celtic knot. 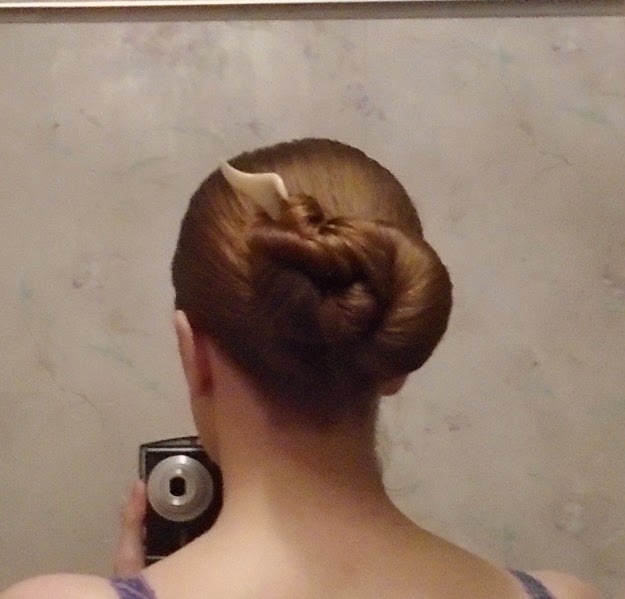 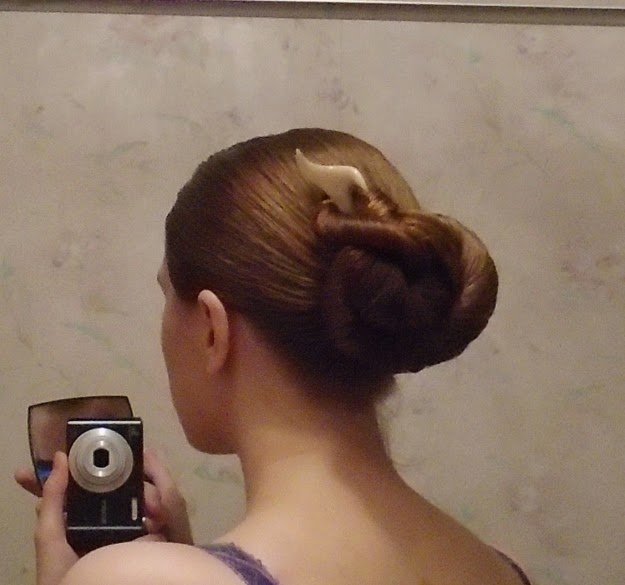 I quite like this, both with the loop up and down!
Posted by Lady Igor at Saturday, December 27, 2014