So, I've had and used the Neutrogena visibly clear light therapy acne mask for a month now. I've already posted some thoughts on it, but here is what I think after a month of use... 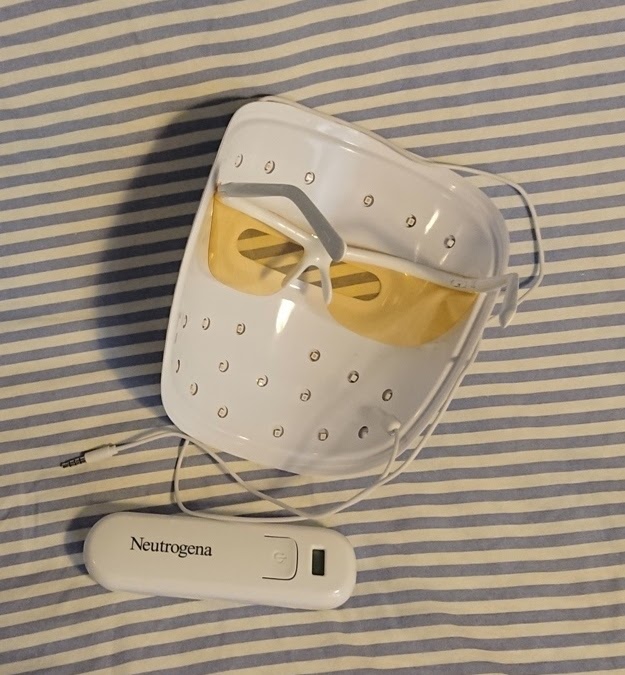 First, I think I have to point out that the hack made such a big difference in how much I like this mask. I think I would have absolutely hated this thing and would have been super pissed off at it (And Neutrogena!) if I had been forced to buy a new activator for every 30 x 10 minutes of use.
Knowing myself and my attitude for that kind of shit, I would not have repurchased an activator. 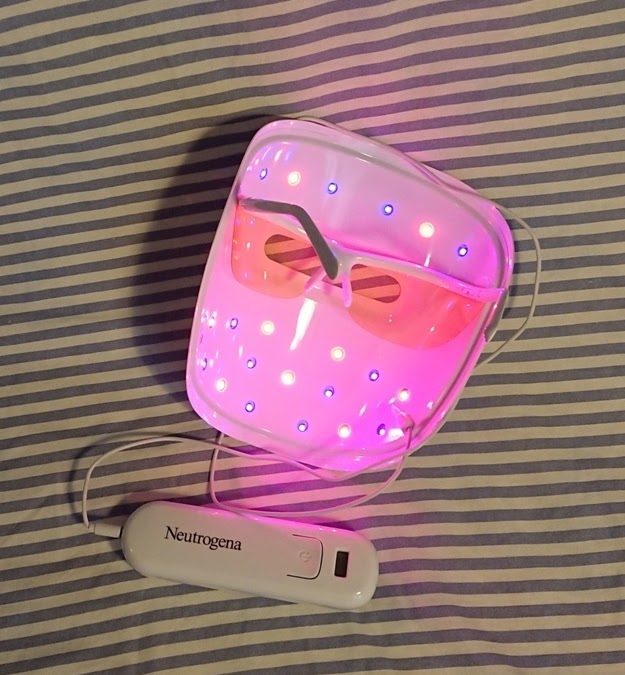 I can't say my skin has improved remarkably from using it. I'm honestly not sure it has made a difference. (But then again, to be fair, you rarely can tell apart a single factors influence on skin from everything else that affects it!)
But, I still think it can't hurt to incorporate it in my routine. So (With the hack) I think this is a mask that is worth spending the money I did. The activator is around one third the price of the mask, so if you couldn't hack it, it would make the total price way higher.

It also feels like this is a "gateway mask". It was easily accessible for me, and it made me curious to try a more expensive and fancier light therapy mask if I should encounter one some time in the future. 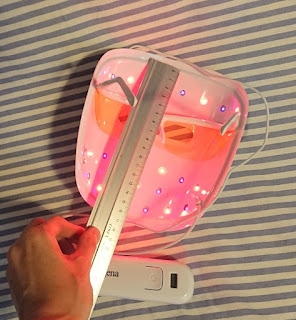 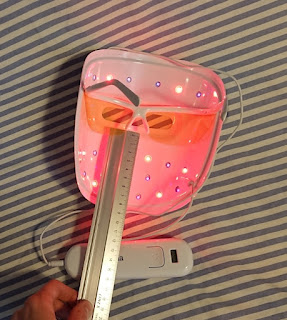 After a month of use, I have two major criticisms:

1) The mask could have had way more LED-lights. Especially in the forehead area, where it feels like they cheapened out by only having a single row of lights when there were obviously room for two. The lights are packed way denser around the mouth, but could also have used a row higher up to better "cover" the upper cheeks and nose area.

2) The blue light, which combats bacteria, seems to run out of power/lose intensity (?) when in use. Luckily I'm mostly interested in the inflammation-dampening red light, but still!
The picture below shows how it has "faded" more than the red after having left it on for a while. 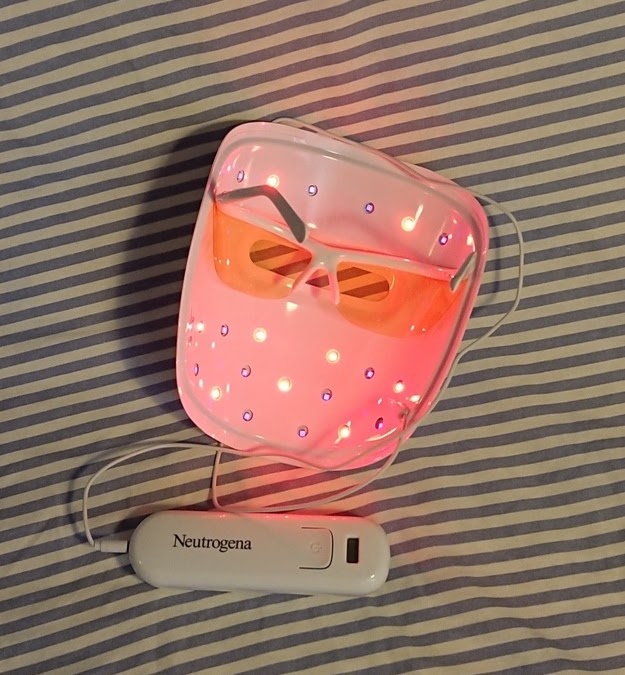 In conclusion: I think I recommend this mask. It's cheap (If you hack the activator), easily accessible (I got mine at lookfantastic, but I have seen it other places too), probably has some effect (Definetely haven't hurt my skin, but it might give a different result for someone with actual acne issues) and will easily give you an idea if a light therapy mask would be something for you or not.
Posted by Lady Igor at Saturday, July 21, 2018