Hubby and I ordered the 23 and me DNA tests. I would have gone with another supplier, but hubby really wanted to check for diseases, and 23 and me are the only ones that seems to cater to that.
Hubby's family just reconnected with some family that immigrated to USA in the early 1900'es and they brought some information on his family with them. It shocked me how much shorter his side of the family lives! Everyone in my family (What I know of) has lived into their 90es, so I understand his worry. 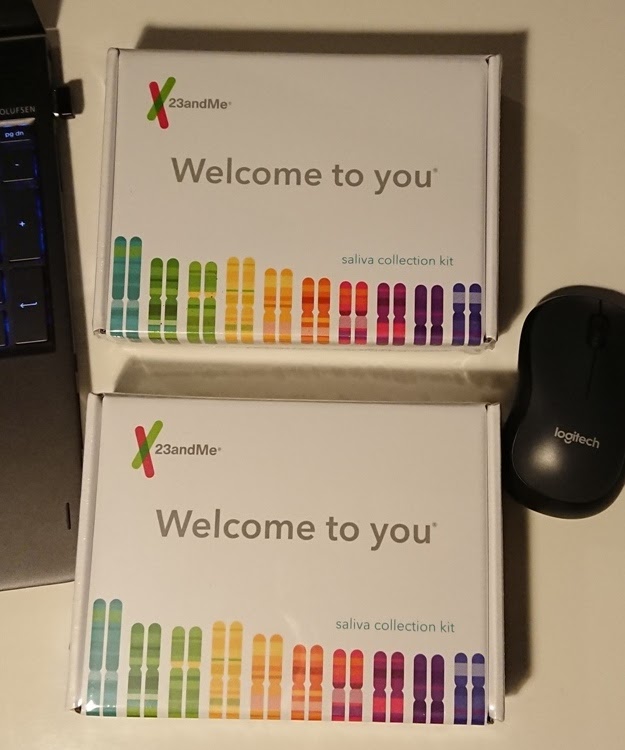 So what do I expect the tests to show?

For me:
I don't expect much for diseases: We have had a bit of skin cancer here and there in my family, but that is probably just from being really pale people in general.
As for the genealogy, I expect a lot of Danish. Like, a lot.
My great grandfather was from an area that was disputed territory between Denmark and Germany, so he experienced being both German and danish in his lifetime. His family name was Langholz, so that fits with the area too. So I expect about 12 % German there.
Supposedly I also have a sailor from the Spanish armada in my lineage, but my grandfather found a hint that he might have been a french mercenary instead? So maybe he was a French mercenary in Spanish service?
I strongly suspect this is where I get my hair from. Scandinavian hair just doesn't grow as thick and strong as mine.

For hubby:
Hubby thinks he will show half Swedish and German of an unknown quantity. His lineage is a bit of a mess, especially since his grandmother was adopted from Germany after WWII, so he could be a quarter anything really.
I personally have an idea it will show more Swedish ancestry than he thinks it will. Hubby has a completely different built than me: He has heavy bones, build muscles just by looking at a dumbbell and gains weight like his body constantly expects it has to live through the fimbulwinter. Take off his modern clothes and hand him an axe, and he would probably be indistinguishable from a historical Swedish viking.
It will be fun to see what it says!
Posted by Lady Igor at Saturday, November 24, 2018