I was absentmindedly messing around with my hair and found I had wrapped it up in a nice cinnamon bun. It actually felt really comfortable!
Which is funny, because it's one of those styles I "abandoned" years ago for not having enough hold?
Maybe it was because I wrapped it around under the Ron Quattro instead of putting the pin into the finished style? 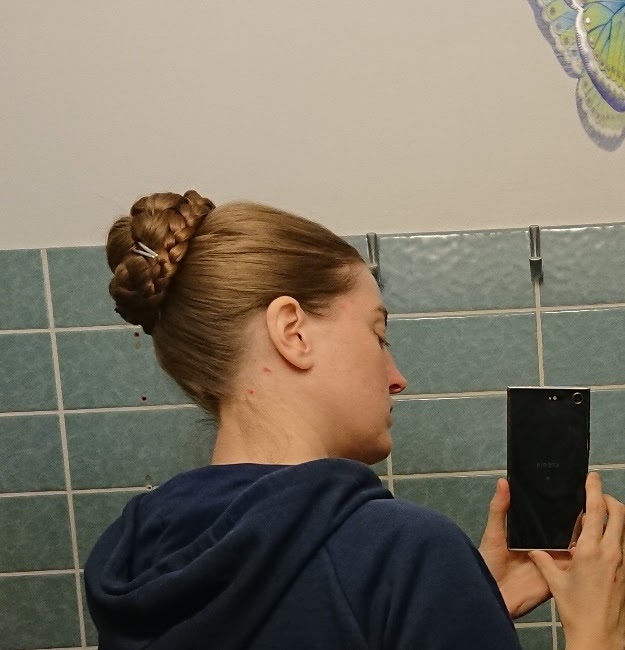 It did however form a really big "bump" in the middle of the bun that I disliked.
Maybe if I start off the braid with the intention of forming a cinnamon bun it will be smoother? 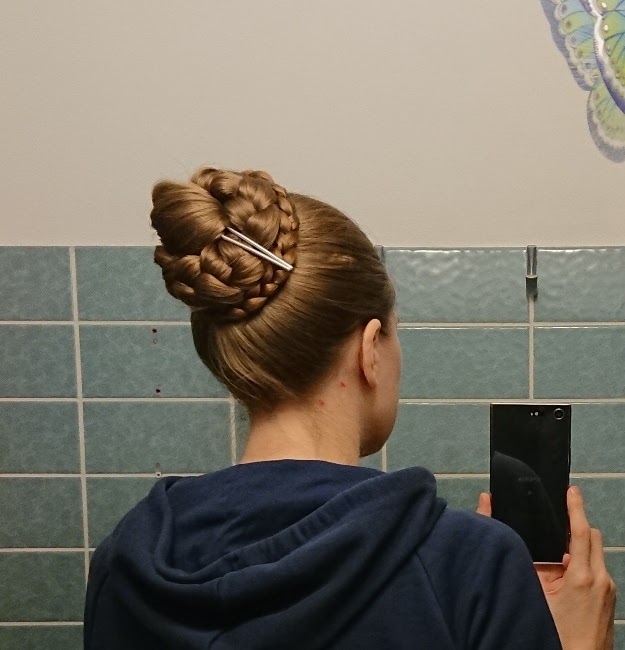