So, first of: Yes, I'm having surgery. No, it's nothing major.
It won't be until march or so though. January and February is impossible for me.
It will probably take me six weeks in a cast first and then a boot for more weeks.

For the past 25 years or so (Holy shit, has it been this long?) I've been having problems on and off with my right tibialis posterior tendon. It has come and gone depending on how much I ask of it, and is always worse in the winter. I feel the effect of my weight on it, and any extra kilo provokes it. But the last 3 years it has become a lot worse, to the point where I feel a minimum of discomfort at all times.
Training, physical therapy, rest, insoles and bandages, nothing has helped. The only thing I ever felt helped any, was my massage therapist, but she "only" helps with the muscle pain from tensing, not by actually helping with the tendon issue. 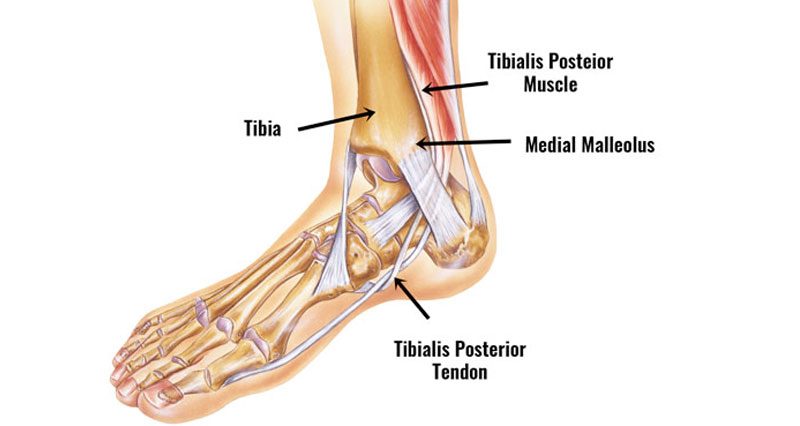 I've tried injuring myself in a lot of (stupid) ways over the years, including more broken bones than I'd like to think of. But when this shitty little tendon has been at its worst, it has been the most painful thing I've ever experienced. I've felt sweat rhythmically spring from my forehead when walking on it.
But I'm stubborn and stupid and have been putting this off for too long. 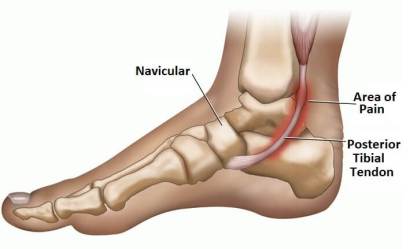 My old coworkers had this emphatic reaction to my periodic limping:
Yes, that was my office chair equipped with a printed handicap-sign, where someone lovingly drew on long hair. My old coworkers were unapologetic assholes and I miss them. My new coworkers are too nice for this kind of loving mocking. 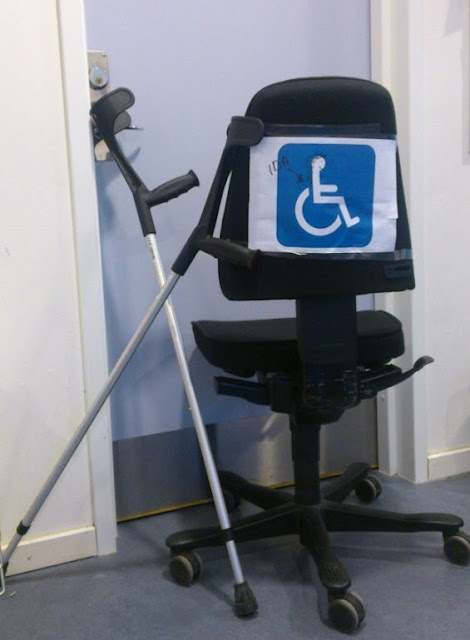 I hate the idea of surgery. Especially after being so stupid that I tried to look up what they actually do during a tibialis posterior surgery. Pro tip: Don't do it. Just don't. Don't ever look up a video of a surgery up if you're the one going in for it. Settle for nice static pictures instead at the most. Seriously. Don't. Just trust that the nice medical professionals know what they're doing and leave it to them. Nothing good comes out of knowing exactly what they are going to do.
But, this is becoming unsustainable for me, so I will have to get over my dislike of the idea. It's too painful.


At this point they are not sure how bad it really is. I've had X-rays, MRI and ultrasound done and it looks pretty bad. But they simply need to open it up to see what's going on with the tendon, how inflamed the surrounding tissue is and how much scar tissue there is. The minimum procedure is stitching the damaged areas up, removing inflamed tissue and old scar tissue that presses on the tendon. The maximum involves a tendon transfer and realigning the heelbone. Yikes.

I will keep you informed as I know more.
Posted by Lady Igor at Saturday, January 04, 2020