The braids are holding up pretty well! Not a lot of fuss to see. 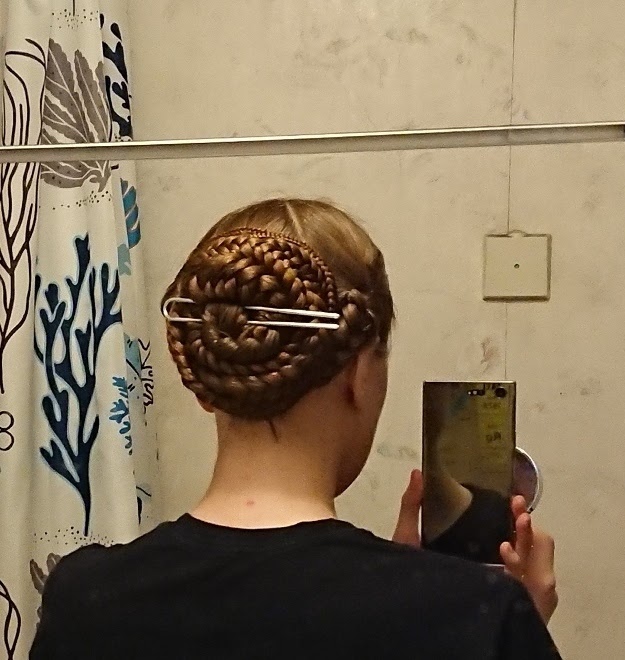 I did the same as I did last time: A single cinnamon bun in the back, then wrapped the two side braids down and around it. Nice, flat and complicated looking bun! 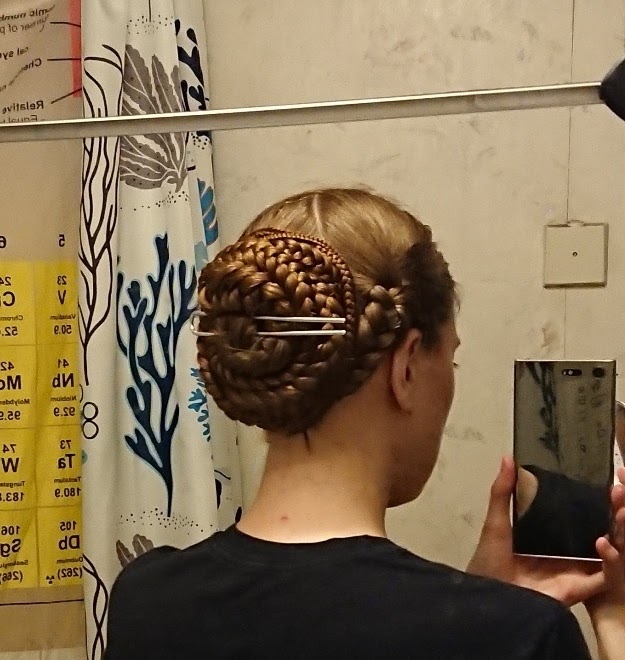 It's held with a Ron Quattro starlite fork. 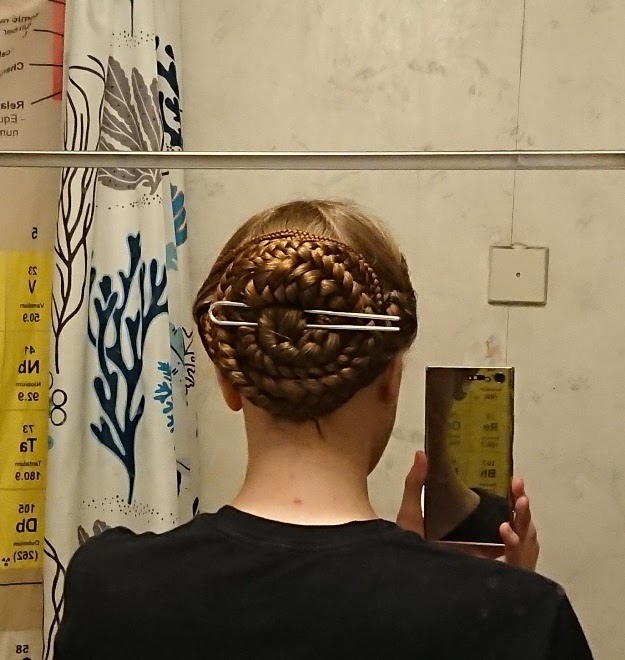 This updo reminded me of something and I went digging through my hair-folder.
I mean, I know I got the hair inspiration from a Japanese magazine scanlation, but something seemed familiar about it. Finally I found it: 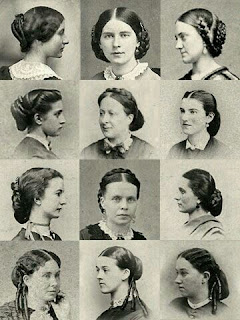 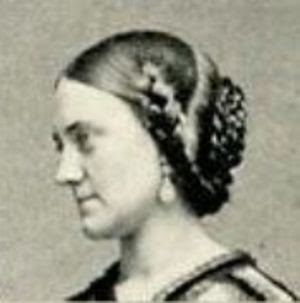 I know the quality isn't the best, but this is what I have. It's from a collection of pictures of Victorian hairstyles. Also it really reminds me of some of the more wearable variations I did on Caroline von Holnsteins hairstyle that I ended up with. But maybe that isn't so surprising since it's from the same time period (ish) of the Victorian era and they probably had a certain desired look that would be copied and made into variations.
Posted by Lady Igor at Saturday, January 18, 2020