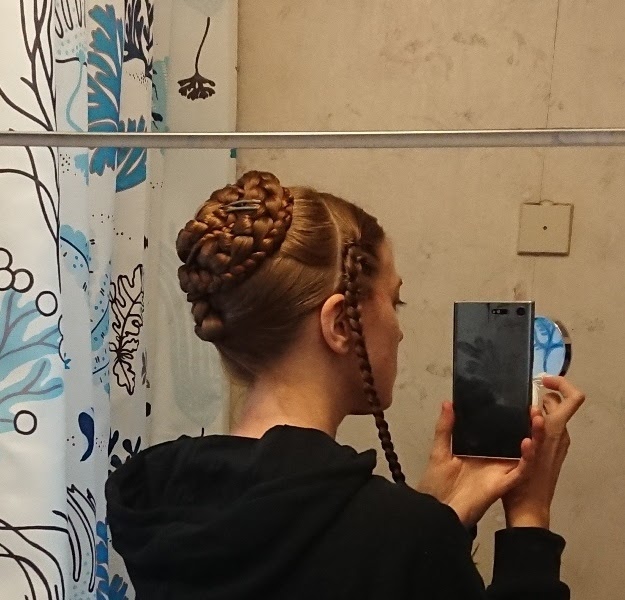 Continued from yesterday's thought, today I tried the Royal bun-Caroline von Holnstein-idea.
Well, by now I guess it has evolved so much that it's barely recognizable from its origin... 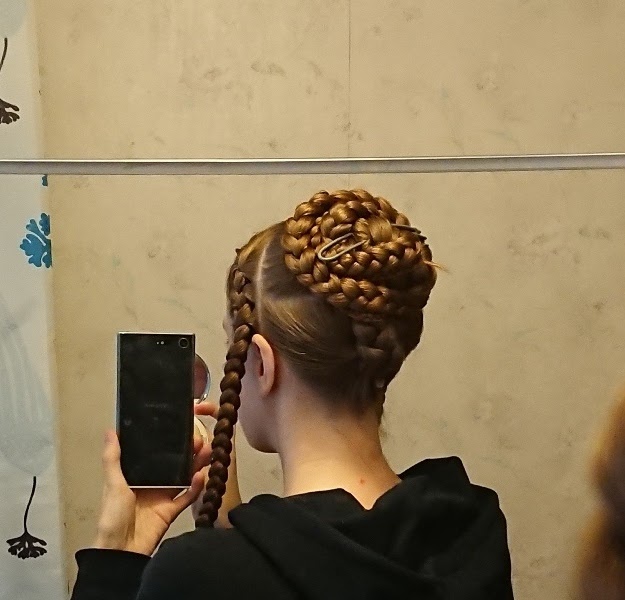 The two vertically split braids put up in a Royal bun held with a Ron Quattro. 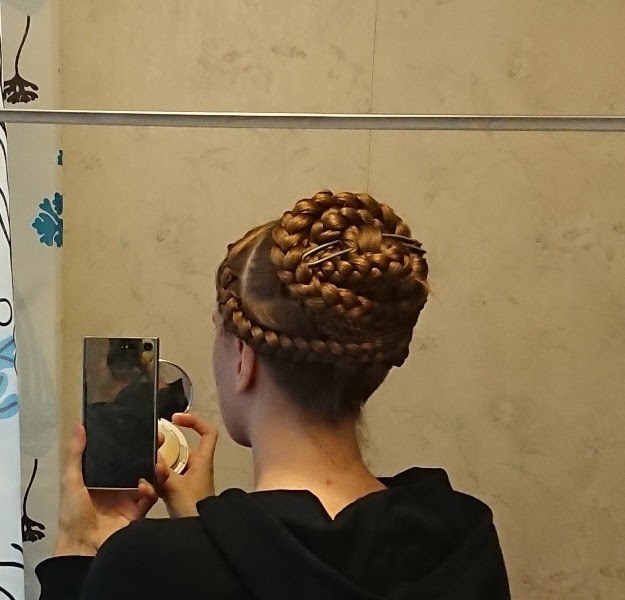 And the two accent braids pulled down and around as seen on the Victoria show, like Nightgerbil shared. 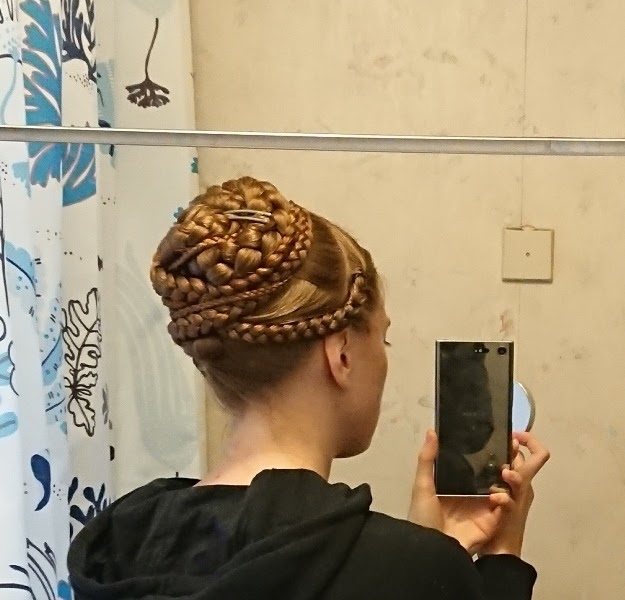 And I have to say that wrapping the accent braids down and around takes the entire updo from "WTF?" to "Actually wearable". I could actually see myself wearing this again. 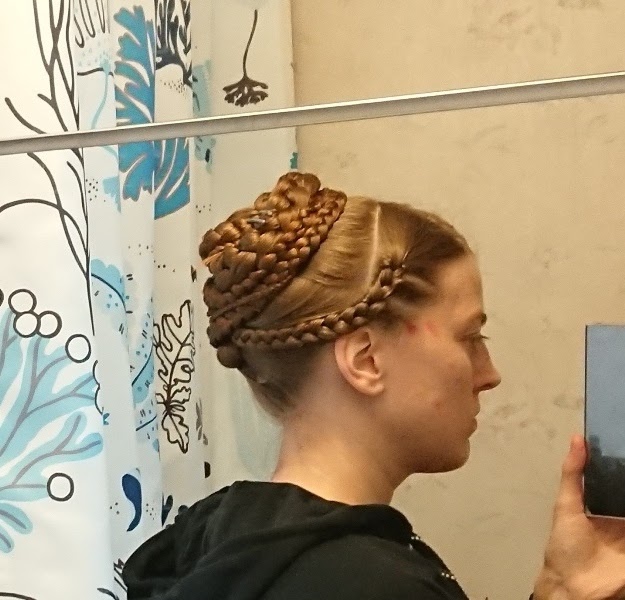 The result is definitely "Head-eating bun".  This is a massive, and very flat bun! 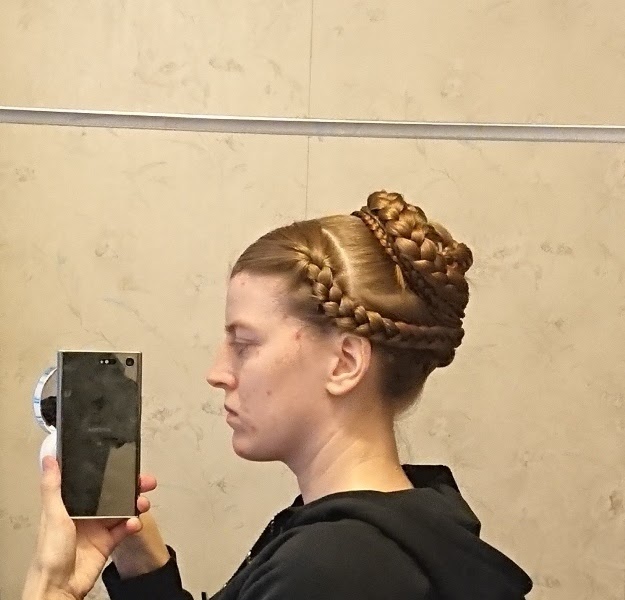