The Buffs are here :)

I have considered getting a Buff before, since they keep circulating in the longhair circuit. But then, Buchfreundin recommended me one and I decided to go for it!

They have lots of products, but the famous one is the long, multifunctional tube. This is also the one I kept seeing in the longhair circuit for protecting hair against sun and wind.

For sizing, they have an XL option. I know back from my horseback riding days that my helmet size is exactly 58 cm. But since I would probably wear the Buff at an angle, or it would need to stretch over a bun in one way or the other, I have gone with XL for all the choices.

There are options for warmth, but since I live up in the frozen north, I'll stick to regular hats with additional under-layers for that.
Instead, I was interested in sunprotection and cooling. 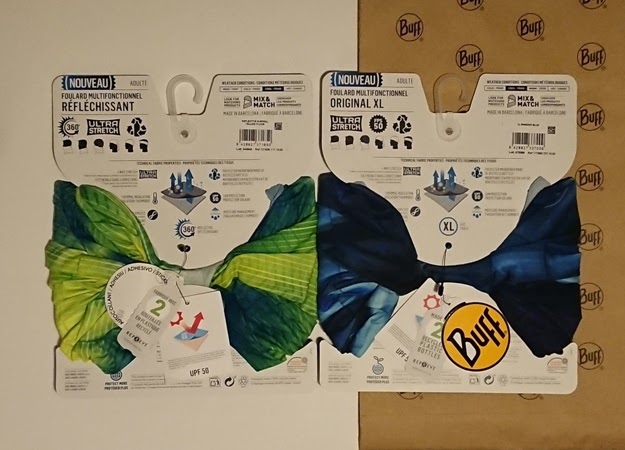 I have ordered five off the Swedish website:
Crook military
Because I liked the camouflage pattern and colour
Embers black
Because you can't go wrong with a mostly solid black one
Cashmere black
Because I liked the pattern
R spiral yellow fluor
Because it was reflective and it seemed fun and flashy
Shading blue
Because this seemed like a good colour choice for my skintone 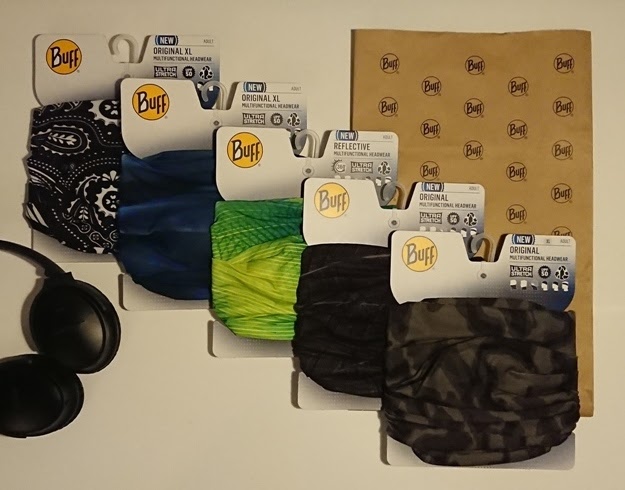 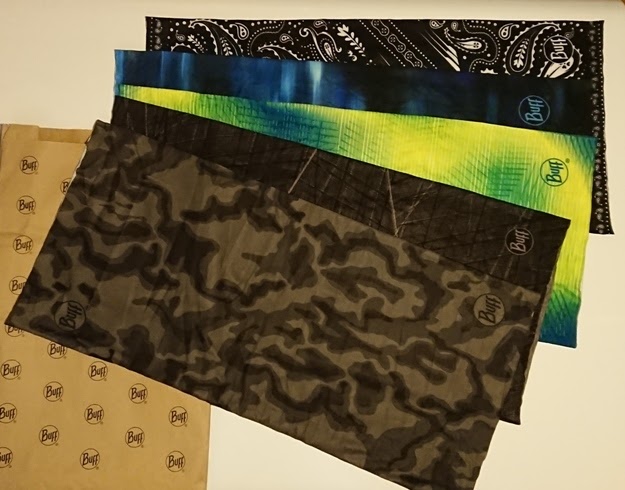 For a second I entertained the thought of ordering one of their chef's hats to see how that would work with my buns, but I decided against it.

So, a little fun with styling options for them: 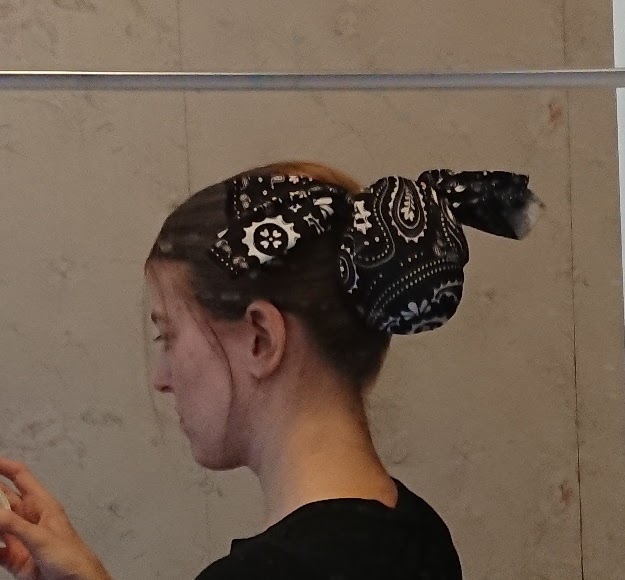 Tied one in a simple little pouch with a bow around my bun. Looked a little weird, but fun. 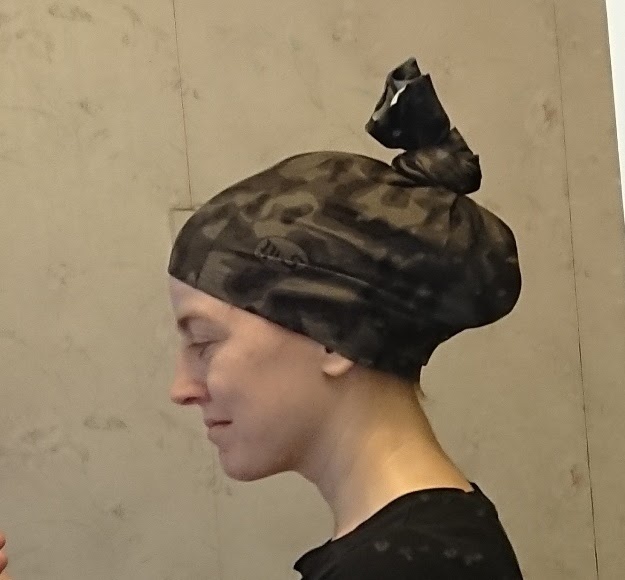 "The pirate" that Buff suggests for styling just doesn't work when you have a big bun on the back of your head. But it was good for a laugh. 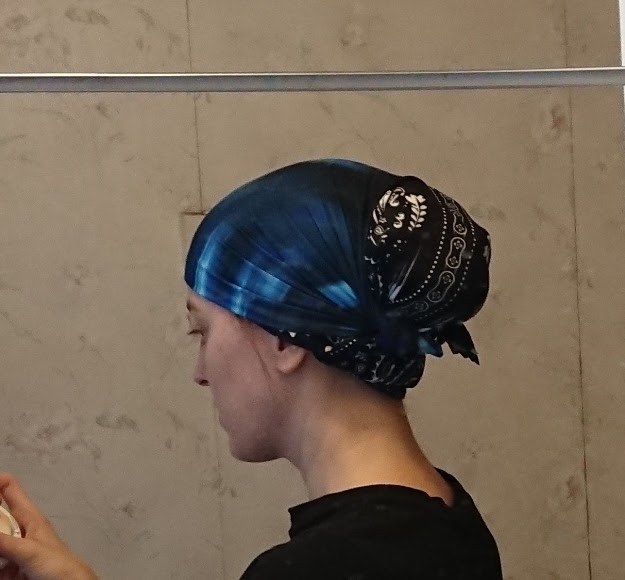 A little hard to tell from the pictures, but: Black and white Buff is covering the head and bun, blue Buff is put on sideways across my head and tied in a knot underneath the bun.
This was very stable and comfortable actually! 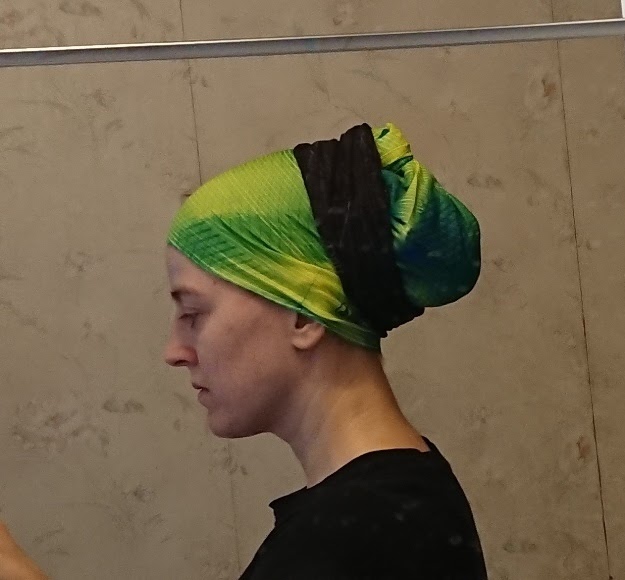 Building on the previous idea I tucked the yellow/green Buff up above the bun and then wrapped the black Buff around at the base of the bun. This was also very comfortable!
Posted by Lady Igor at Saturday, April 04, 2020