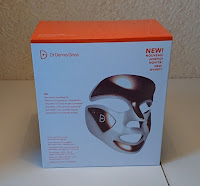 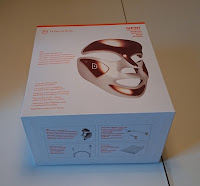 This thing is a major step up from my Neutrogena facemask. Also in price. Maybe especially in price.
Some quick math tells me I could have re-purchased the Neutrogena mask and 18 of the "charges" (Had I not hacked it) which really hammers home the point of what an investment this thing is. Ouch. 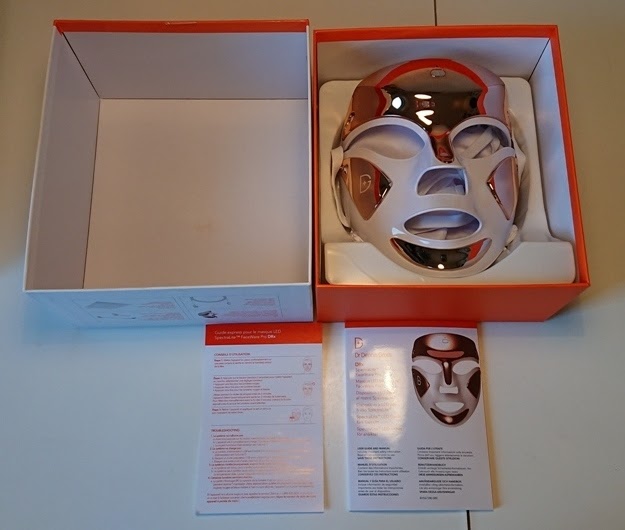 It looks something like the robot Maria from the Metropolis movie, I think?
I had hubby try it on and he immediately started wandering around stiff-legged and going "beep boop" so I guess it's not just me thinking that it looks like some sort of robot. 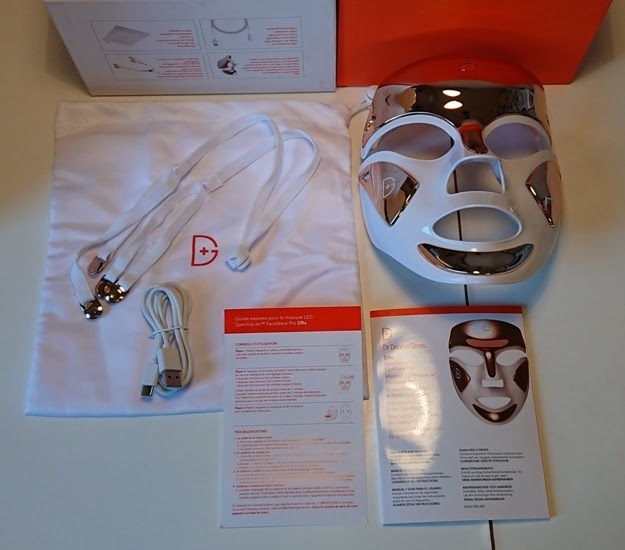 As pretty and shiny and futuristic this mask looks, the straps for it just look sad and cheap. It is literally just ordinary elastic bands. 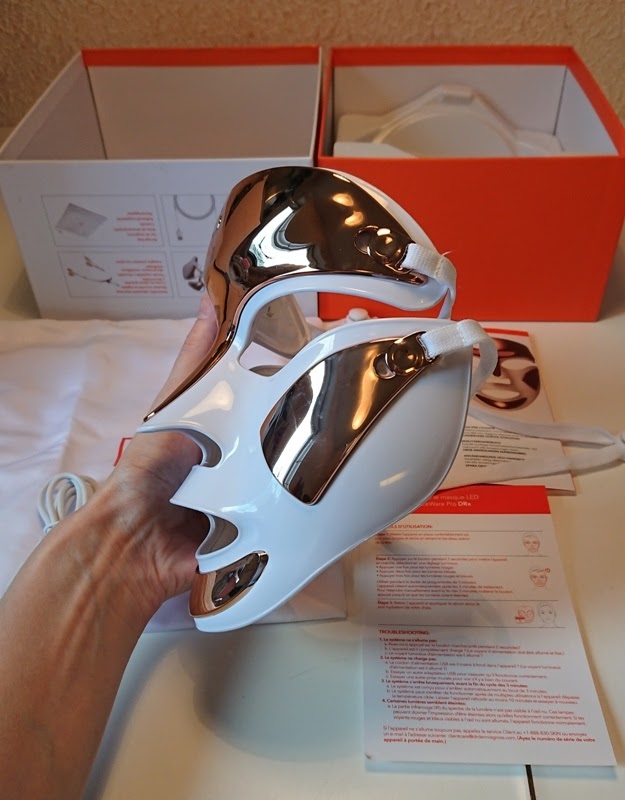 I'm not sure if the nose and mouth holes look cool or mildly creepy? Is it so you can sip your cocktails while you use it? 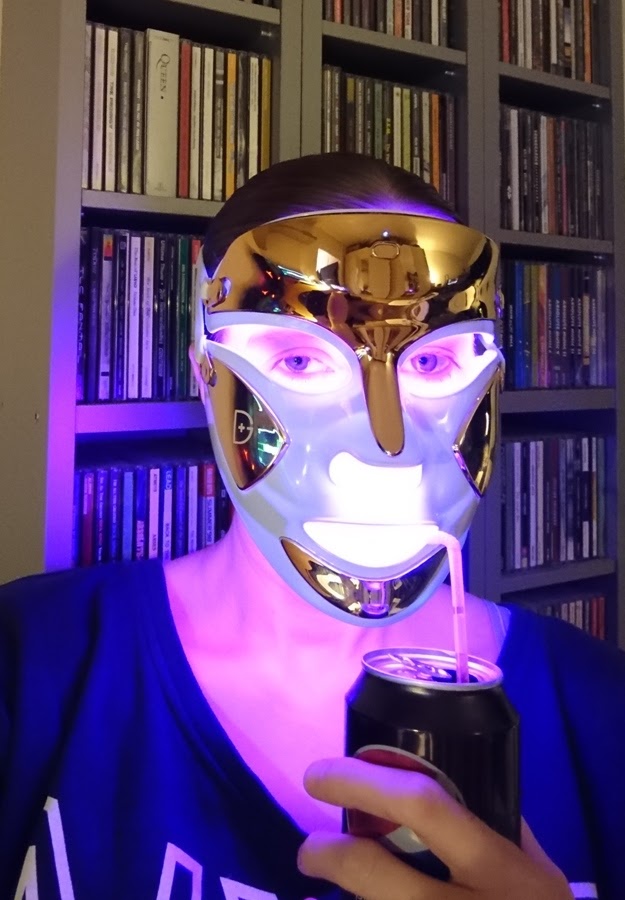 I mean, I guess it's pretty convenient, but it's not like I can't wait the three minutes for the mask to finish. 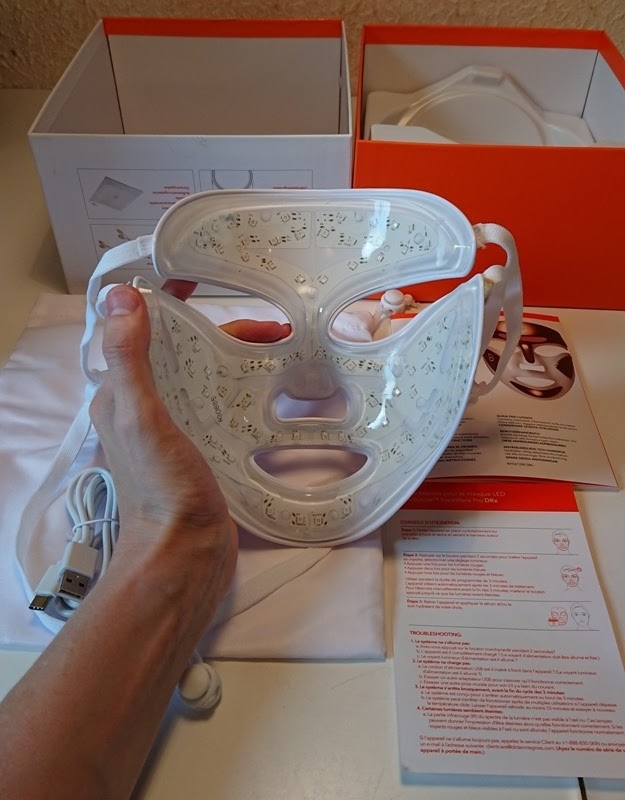 The SpectraLite FaceWare has 100 red-mode LEDs and 62 blue ones, which is great! One of my critiques on the Neutrogena mask was how few LED lights it has. They could easily have fitted more in.

One thing I dislike about it, is that it doesn't have a good gravity point. I would like it to rest in any other position basically. Maybe it should have come with a holder or something. I don't want an expensive device like this flopping around when I put it down. 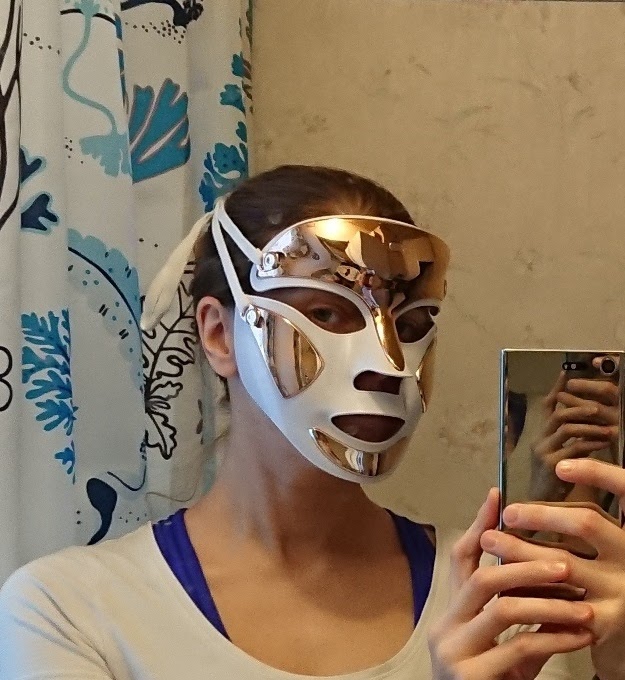 Does it look cool or creepy?
I'm not even sure.

Before I tried it on, I would have said the nose and mouth holes where a little pointless, but after trying it on, I'm happy they're there. Since it follows the shape of the face, there isn't much room for air flow. 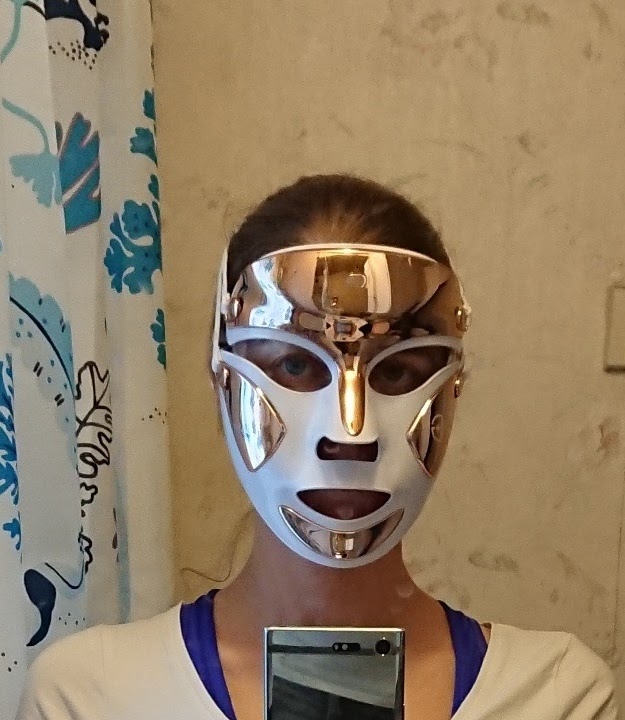 The red LED lights stimulate the production of collagen and elastin, which can help with the appearance of wrinkles, sun spots, redness, and sun damage. 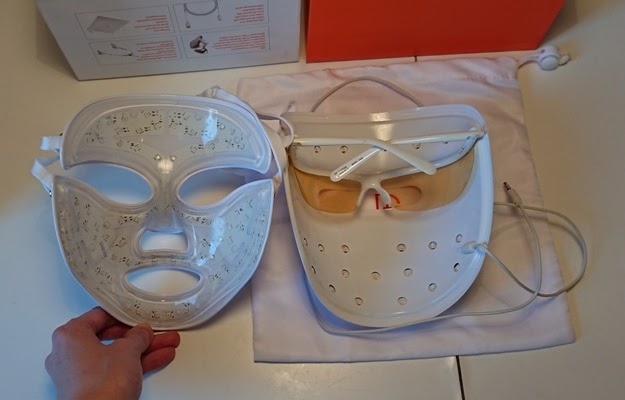 Compare the density of the LED-lights between the Dr Dennis Gros mask and the Neutrogena mask.

Although Neutrogena mentions the wavelengths of 415 and 633 nanometer in the instructions manual, it doesn't actually say that their mask emit those exact wavelengths. This makes me a little suspicious, because wouldn't you want to emphasize this? "Hey, science says this is the best so this is what our product does!" 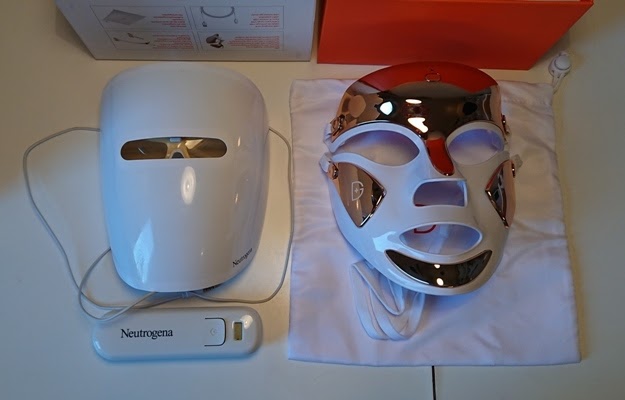 Some difference in looks! The Neutrogna mask look like a cheap welding mask (And again I feel the need to humblebrag about that I'm a pretty good welder). The Dr Dennis Gross mask look like a pretty, shiny and futuristic mask.

The Dennis Gross mask follows the face contours, which makes it a lot better to see with. The Neutrogena mask sort of shines more "into" your eyes because it's just one big curve. Even though 3 minutes is so short a time, it's still nice that you can actually read or look at a a screen while it works. 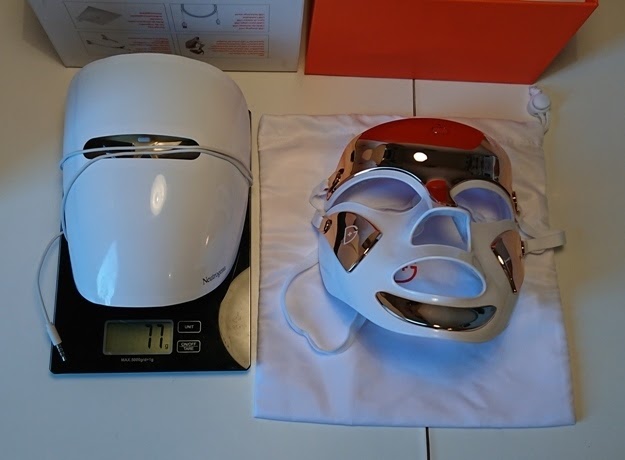 I was curious about the difference in weight since the Neutrogena is basically cheap plastic.
Neutrogena's mask weighs in at just 77 gram. That is of course without the charge, but that one is always either on a table or in my pocket. 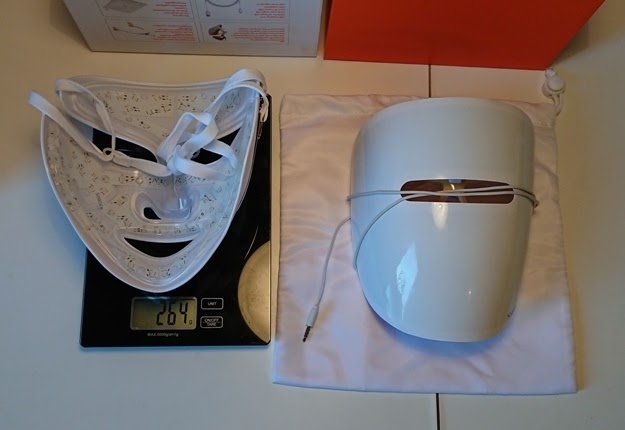 The Dr Dennis Gross DRx SpectraLite FaceWare Pro weighs in at 264 gram.
About 3 ½ times as much. 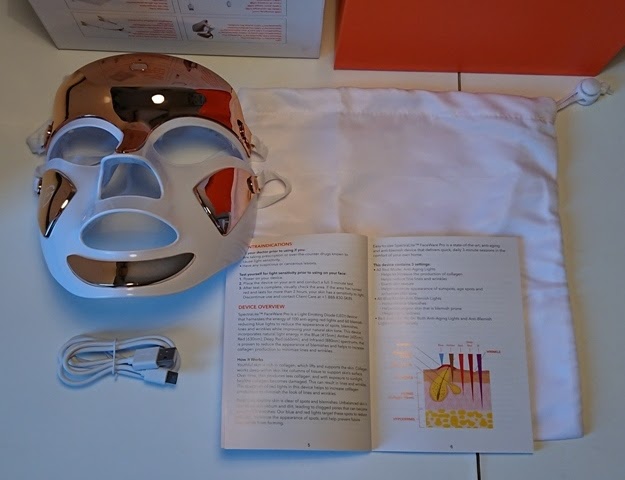 Insert sarcastic comment about the state of journalism here.
Seriously. Some reviewers haven't even bothered to read the instructions. 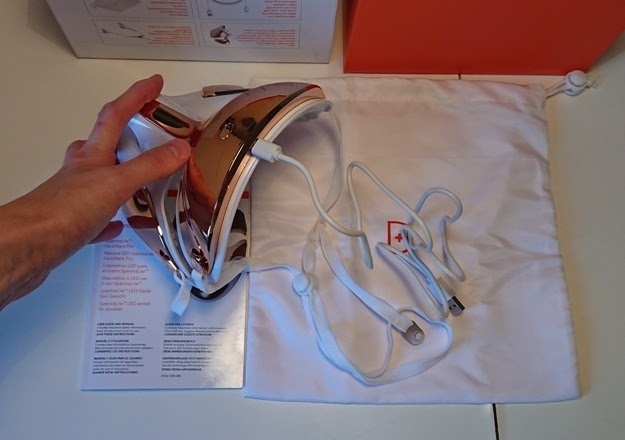 I like that this is a quick, simple and product free booster for my skincare. Just put it on, press the button and wait three minutes. Or try to read/watch something for the three minutes. It's doable.

What I dislike? Hm. Not really anything I guess? I don't expect miracles from this though. Just a nice little boost for my skin.