It’s been about a month since last I henna glossed, so I figured it was time to try again.

When I received my henna and cassia from hennabutiken, I split the two Indian henna samples and the jamila henna in four small portions that I then added water to and froze.
So my intended henna treatment would be:


I bought the same Tressemme Naturals Nourishing Moisture conditioner and my plan was to use half of it. So 375 ml for a henna treatment and I would be able to use a bottle for two treatments.

But as soon as I started mixing the mud up, I could tell it was way too thick. Like, way, way too thick.
So I ended up adding more and more conditioner the bottle was almost empty.
I ended up pouring out a portion of about 50 ml to go with the indigo and emptying the bottle in the mud.
Then I added water to the almost-empty bottle and shook it up for some good foam to help get the mud out.
No wonder the first treatment got so thick and difficult to handle when I needed this much conditioner!

I had everything planned out for a henna treatment:


But as soon as I started wrapping the cling wrap around my hair and putting pressure on the mud, the horrible dripping started. The horrible, awful, maddening dripping.
It’s like Cthulhu himself wraps his cold tentacles around your face, neck and shoulders and drag you into a screaming, spitting madness. 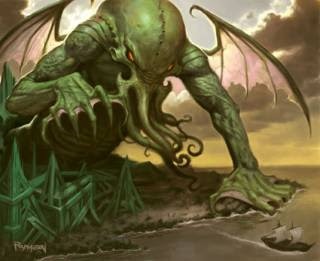 Okay, I exaggerate. A bit.

Well, I suddenly got a good idea. The dripping is awful, but it literally dries up after about an hour, so maybe the solution would be to get in the bathtub for about an hour or so?
So I did just that: Filled the tub and brought my laptop with the entertainment into the bathroom.
Then I spent about 5 11 minute-episodes of Metalocalypse in the tub while the water slowly turned green from the mud dripping down.

I found myself pondering which one of the guys in Dethklok would have the best hair if they were real. Silly thoughts, but entertaining. I guess I would have to go with Nathan, especially since he is described as white/Native American. That should make for an amazing head of hair right? 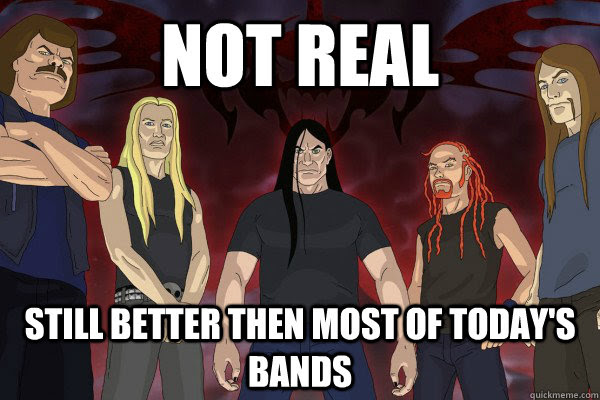 Then I wondered why I have never dated a guy with long hair. Hmm?

Getting in the tub worked absolutely perfectly!
With the initial dripping going into the bath water instead of driving me crazy, I’d say I cut about 90% of the total dripping.
It made it so much better and easier to continue the henna treatment afterwards. I got on the couch as planned and managed to keep the henna mud on for a grand total of 8 hours!
I’m very happy with that. It’s like twice as much as last time and it was so much easier and nicer!

When I went to rinse, the mud had almost dried out on my hair. Henna needs moisture to work, right? I guess that would mean you shouldn’t leave it on for too long since it eventually dries out.
I used the last bit of Tressemme Naturals Nourishing Moisture conditioner foam to loosen up any leftover mud I hadn’t gotten out.

Hair felt a bit dry and cranky afterwards, but it usually does after cassia. This is where I would normally do a deep conditioning, but instead I applied my indigo treatment.
I’m trying a simple, cassia-free treatment this time:


Wrapped it all up in a Nodosaurus from about waist and down, and went to sleep on it.