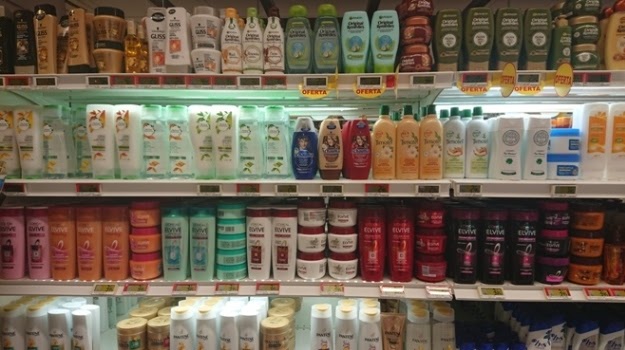 One of the things I enjoy about travelling is finding those tiny little differences in regular household items, such as hair products. 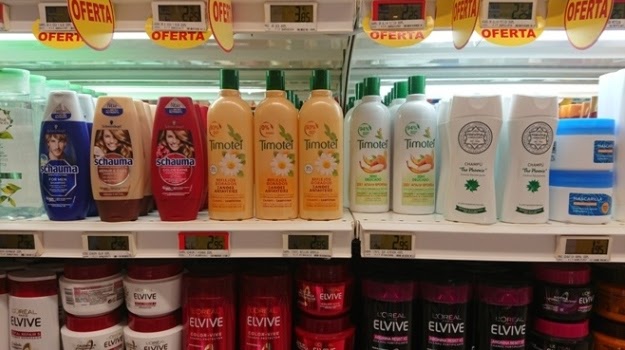 I found Timotei products in Fuerteventura, and I was a little surprised. I remember back when I first encountered the longhair circuit that people saw the shampoo as a cult product. Then later is disappeared from stores and people were unhappy. But it sounded like it still sort of existed until it disappeared again, except that I guess it didn't?


I wasn't sure if this was the real, authentic Timotei, so I opted out of buying them. Could be interesting if it was?


Some Googling informs me that Timotei actually does exist today, but I'm not sure this is the same formulation that made it so popular in the first place? It probably isn't. 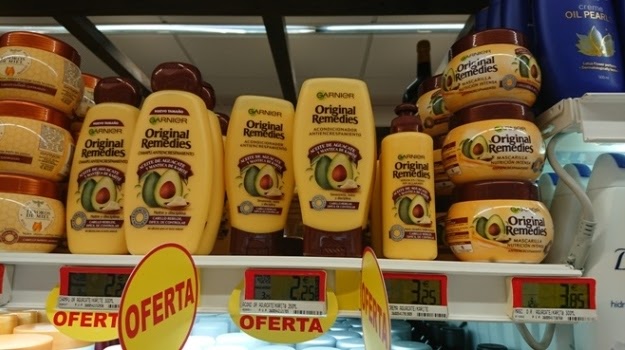 I also recognized this one! A product I liked. Charlaine was absolutely right to recommend this conditioner enough to gift me one :) 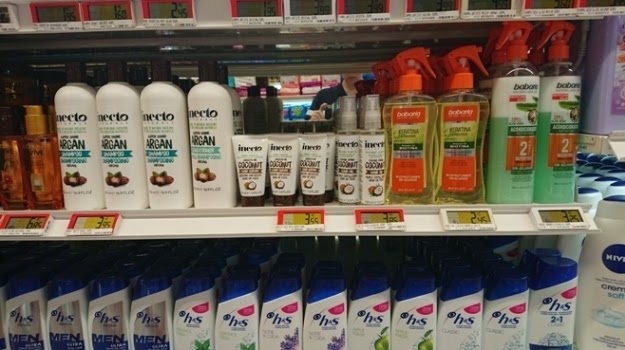 And I recognize products I disliked. 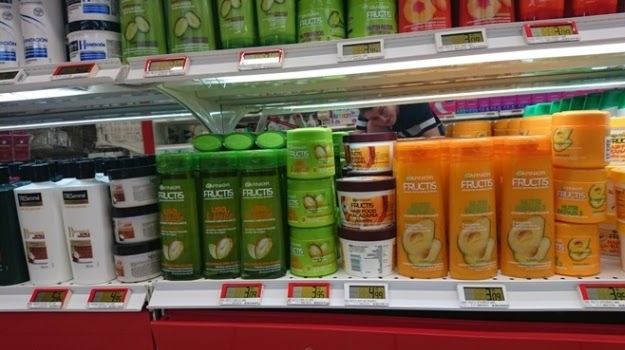 I brought this one home from Tenerife two years back.
(Bonus Igor reflection in the background) 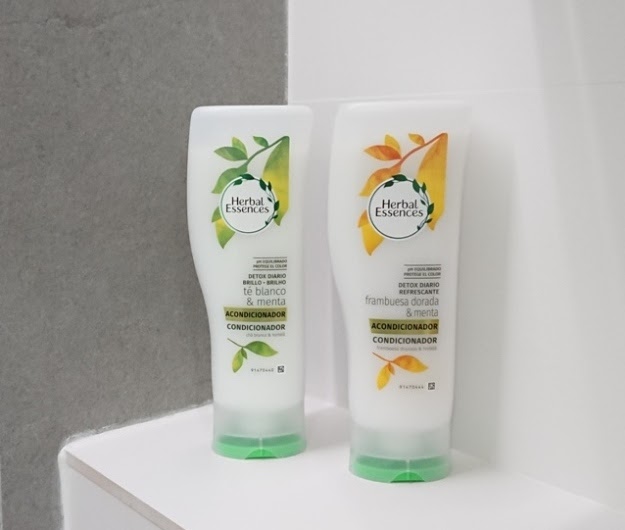 I decided to bring home two bottles of Herbal Essences conditioners because this is another brand I remember being mentioned a lot in the longhair circuit. 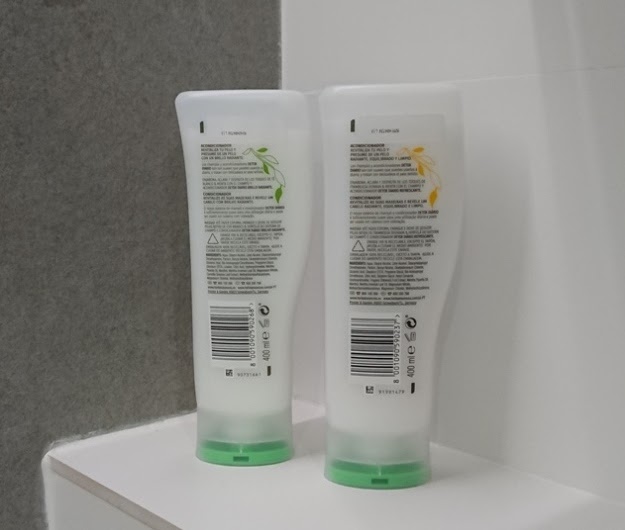 The ingredient lists looked good and I'm just always a sucker for the larger conditioner bottles (Yay! I might get two used out of each!) 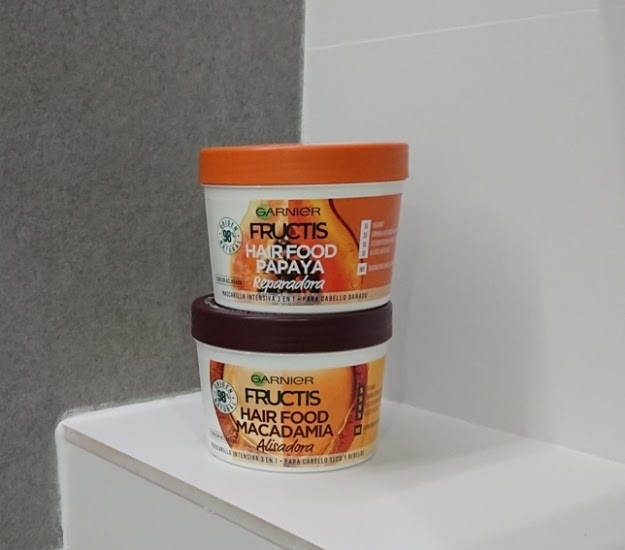 I found a Garnier Fructis line I hadn't seen before: Hair Food. Again, I liked the ingredient list and the size, so I went for the papaya and the macadamia version. 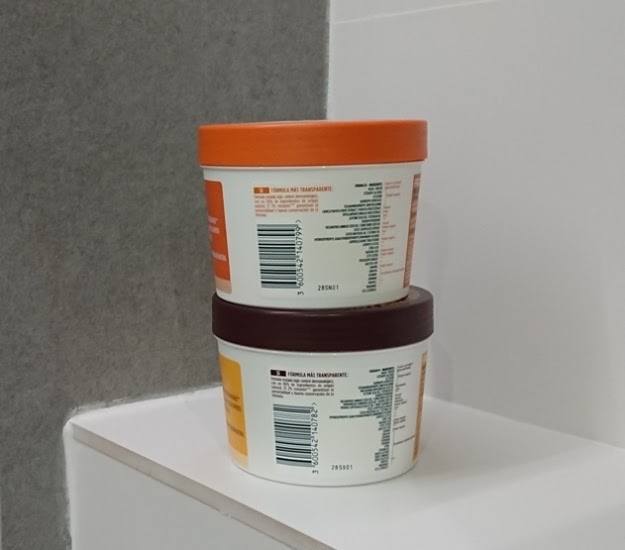 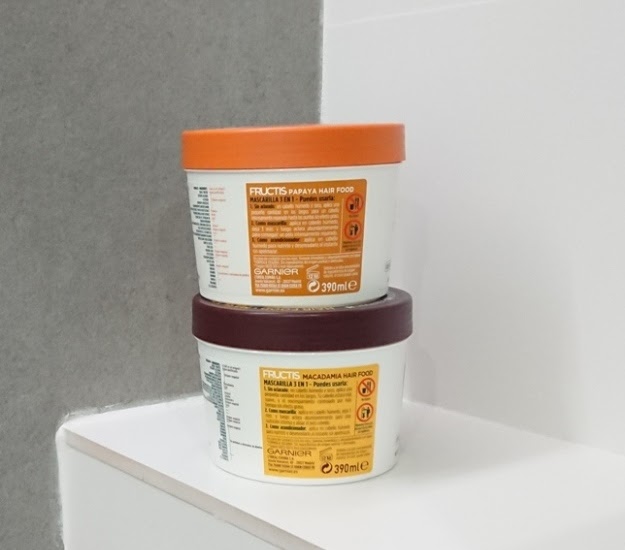 I also found a brand I had never heard of before: Deliplus. 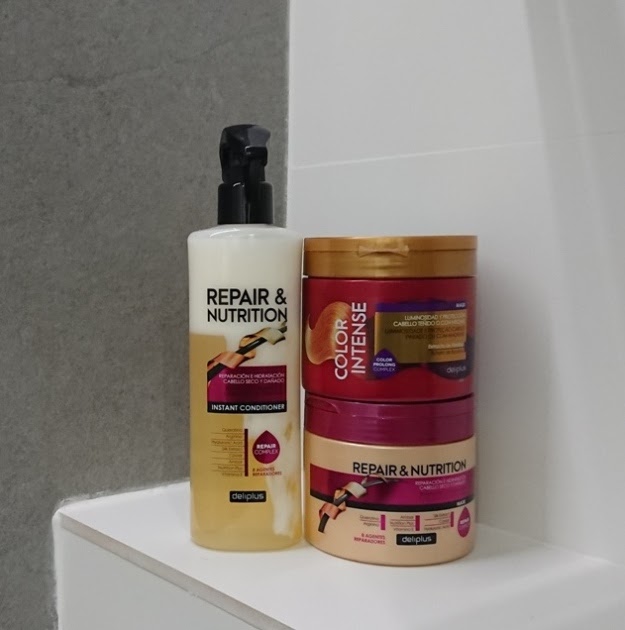 The products have some very interesting ingredient lists, but since I can't seem to find them online, I'm not going to write them down manually. But the ingredient lists looked very much like true hair masks with lots of ingredients that could potentially repair and hydrate hair. (Also I would be genuinely bummed out if I could analyse these and find that the ingredient lists are truly awesome, but how am I supposed to get my hands on more of these again?) I think I found them in Mercadona and not any of the Superdino/Hiperdino's that were more common. 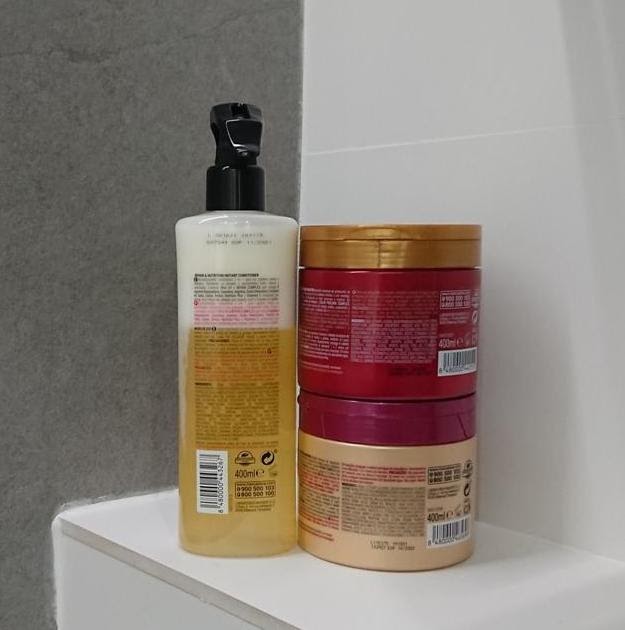 In Marina Rubicón on Lanzarote, I found someone who sold hairsticks!

I probably already have like a hundred pairs or singles, but I had to bring home a souvenir. Or two. 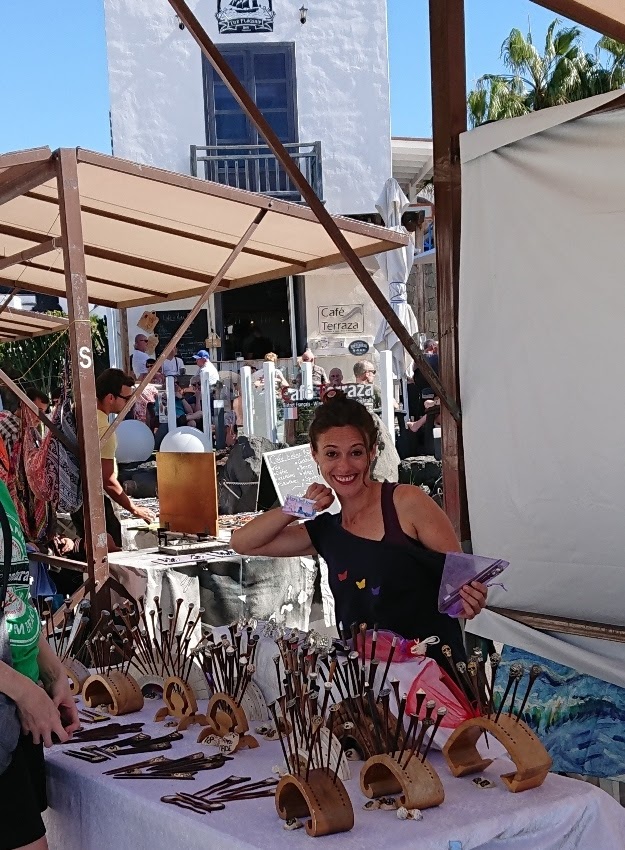 The seller was really sweet and enthusiastic. Funnily, just that day I had my hair in a figure 8 with my WoodArtJewelry stick. So we had a bit of a talk. I never really know how much to talk to people in a situation like this: Is she just polite and waiting to make a sale, or is she really interested? 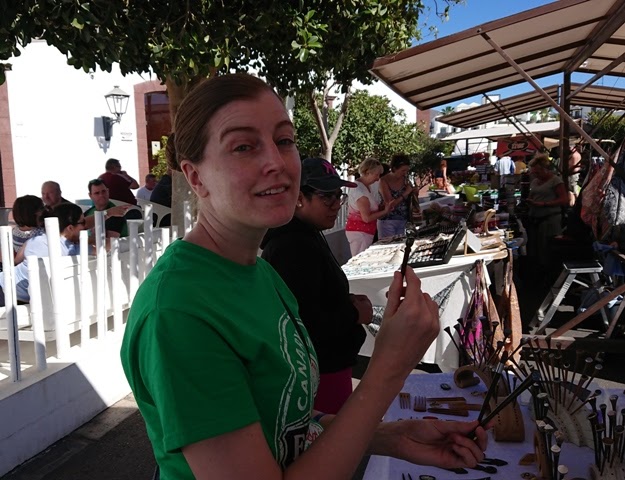 I settled on three sticks I really liked. One is slim and simple with a metal detail near the top. One has a little dragon wrapped around a reflective ball that even rotates freely in the dragons grip. And one has a shimmering top layer in different metallic tones. 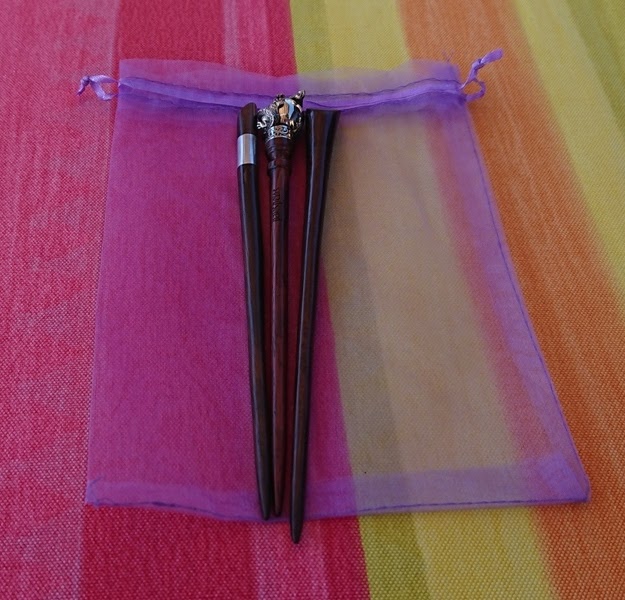 Apparently they come from a business with a webstore: Palospelos.

I really like this cat hair fork design and the tree of life they have on the website:

I really like the feel of the "usable" part of the sticks. If a hairstick isn't strong, smooth and slim, it doesn't matter how pretty the topper is. 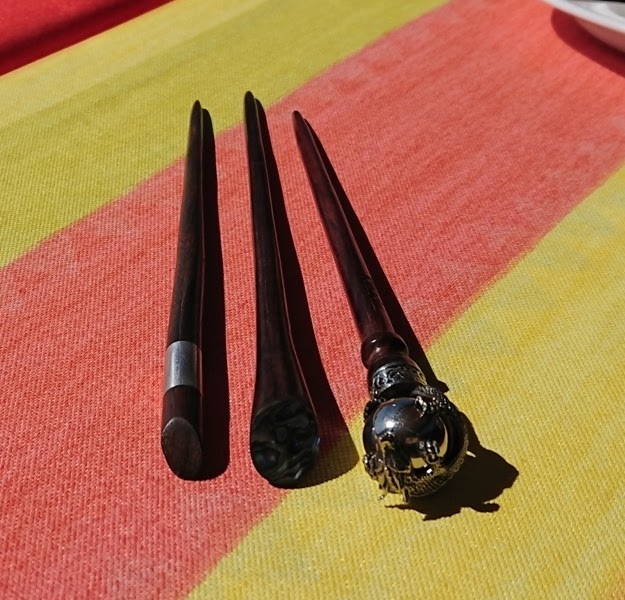 The metallic topper turned out to be really hard to get a picture of. I like all three designs!
But the dragon design will definitely be in my hair for our next board game session, especially if it's a fantasy setting.

Mr Igor trying to catch his own reflection in the little shiny ball. 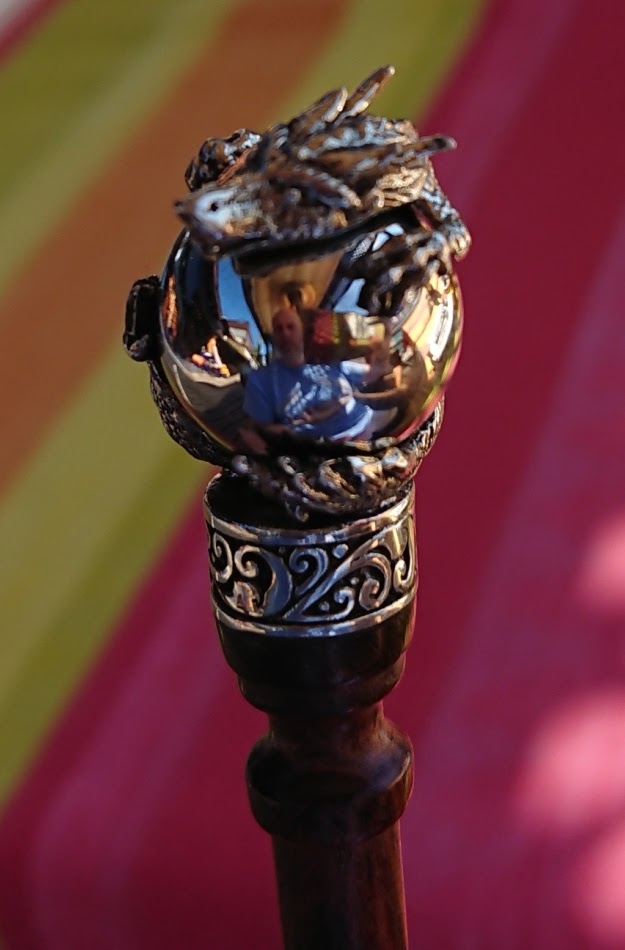 But what did I find in my local supermarket once we came home again?
Yep, the Fructis Garnier Hair Food line. Hmpf. 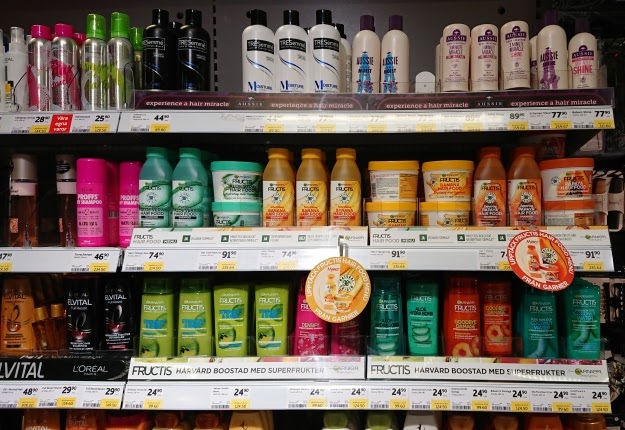 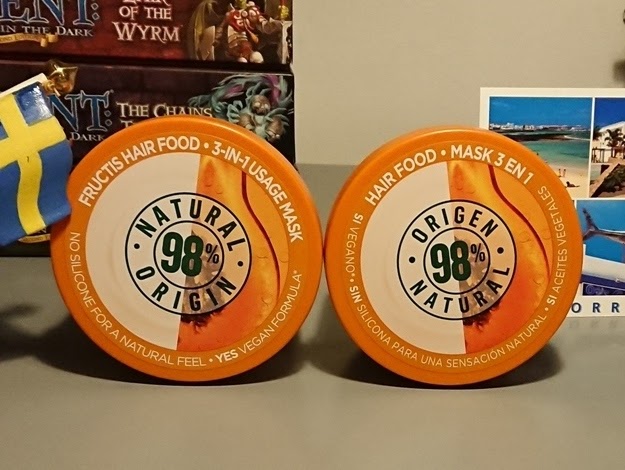 The same situation on the front: The Swedish one has no Swedish text, but is in English and the Spanish one is in Spanish. 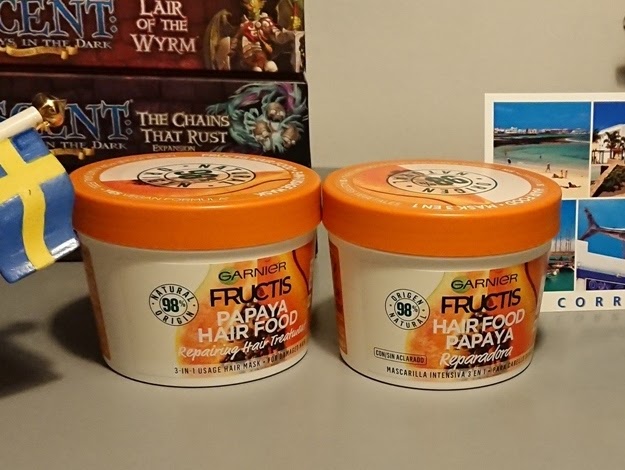 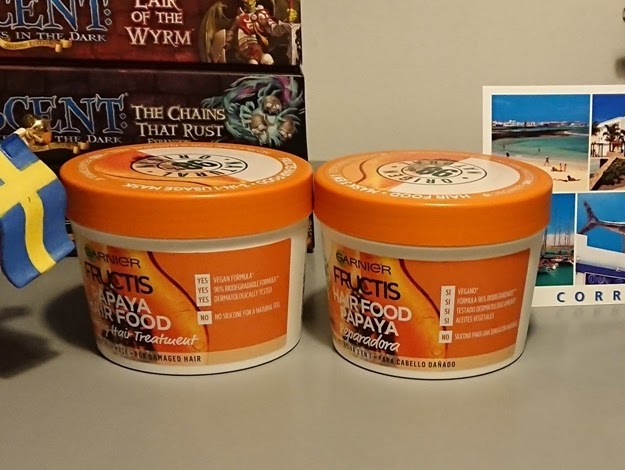 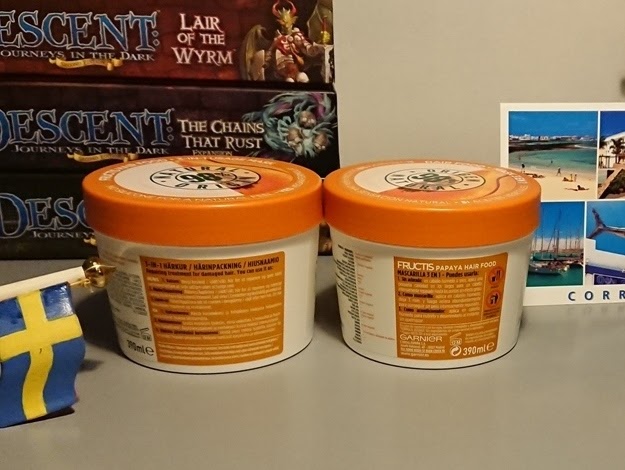 The Spanish one also has the ingredient list listed vertically with "origin vegetal" written next to the ingredients that are of "natural origin" (Whatever that really, truly means) and the common Spanish names for the fruits used in the formula. 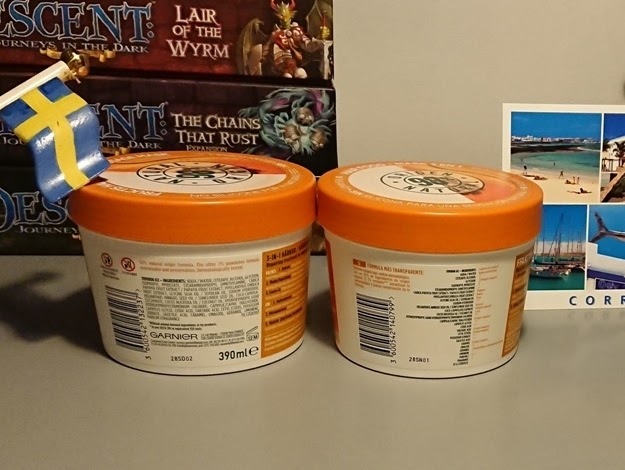