Last time I was I Denmark I bought a Cien conditioner from Lidl. When I came home, I found I had one in my stash already.
Then I noticed the difference between the Danish and Swedish versions. I found it pretty funny!

Danish version on the left, Swedish on the right… 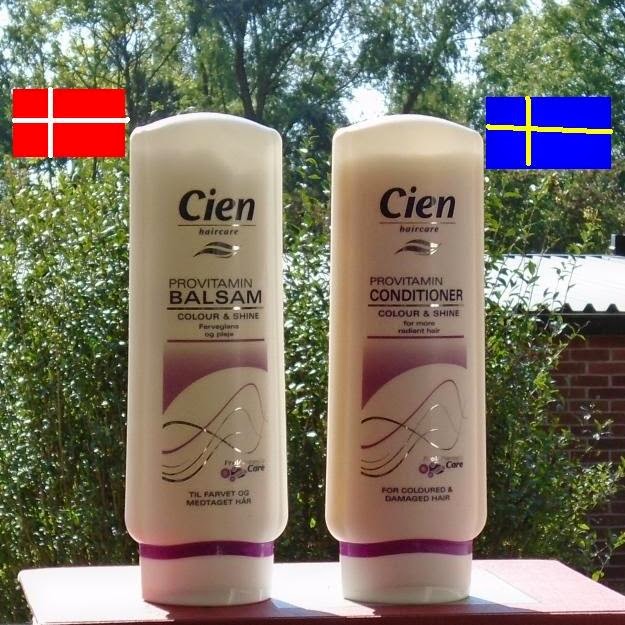 The Danish version has translated almost all the text on the front, expect “Colour & shine” which I suspect is the product name?
The Swedish version has the front all in English for some reason. 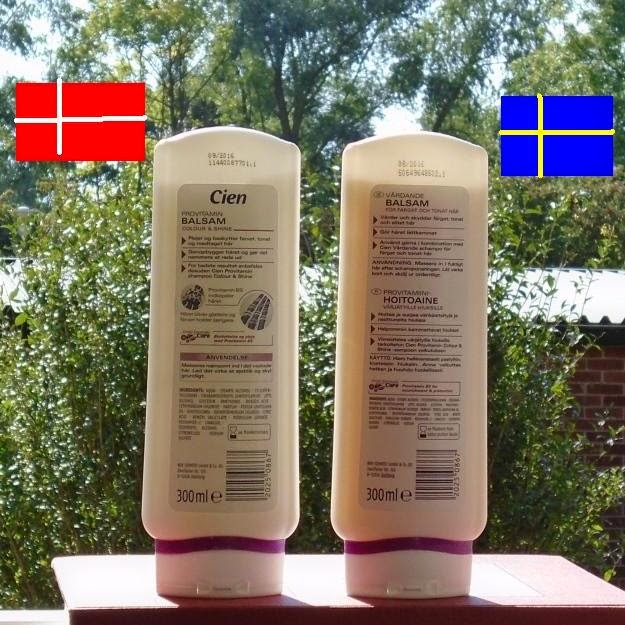 The Swedish version shares the back with the instructions in Finnish. That’s kind of funny because Danish products usually share their instructions with Norwegian too, since the languages are so similar you just have to substitute a word or two.

Maybe the Danish version was supposed to share the description with a Norwegian like the Swedish shares with Finnish? Since Lidl haven’t been in since 2008, I guess they just stuck a nice pseudo-science picture on the back and inflated the text a bit to fill up the blank space.

All in all, nothing too major in the differences. But still I found it interesting and slightly amusing how one country would change a detail or two from the other version.
Posted by Lady Igor at Saturday, November 22, 2014